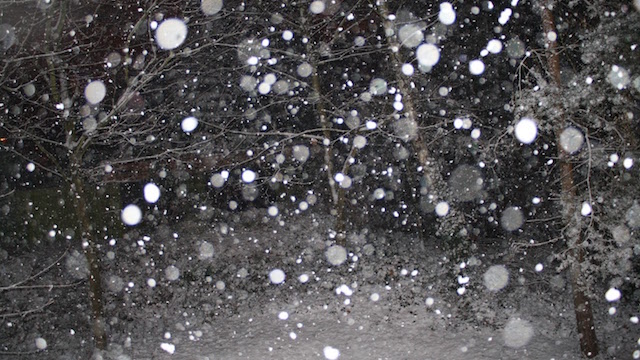 A Quick Rant on Hip-Hop Elitism

It’s December. It’s bloody cold outside. There’s snow falling all around and it’s going to make it s–t to drive anywhere. Going to the gym, the record store, even the grocery store is going to be a pain. It’s not even that the snow itself makes it less safe to drive, provided everybody exercises common sense, it’s just that most people seem to forget all of it and panic the moment a snowflake hits the window pane of their car.

A lack of common sense – yes that often reminds me of the intellectual snobbery that can take over when you’ve got a college degree and you’ve been writing about hip-hop for far too long. You start to think in a very limited way about hip-hop music, that it needs to be progressive and advance society, and that it needs to be written only for people who can appreciate the intricacies of well constructed wordplay and powerful metaphor. You can get too wrapped up in all these high ideals of what hip-hop should be, and you can wind up looking down your long ponderous nose with a squinted eye toward anything that dares to refer to women as “b—ches” and “hoes” even if you once danced to that very same music at the club or bounced your head to it while driving around in a broken down Volvo.

Like the falling snow the opinions of hip-hop elitists and their notions of art for art’s snake can be frozen in time for a moment and then melt away at the first hint of the sun. The very act of writing an editorial is a form of self-masturbation, thinking one’s opinion merits such higher value that it should be shared with the world, but putting my own snowbound metaphor to the test it proves that I too am susceptible to this kind of thinking. I like to say now and then that “art doesn’t exist in a vacuum” and therefore reflects the reality of the world around us. Therefore hip-hop should never just be high art, no matter what lofty aspirations any of us has for it to be considered in the same regard as poetry, classical music, or paintings by Rembrandt and Picasso.

No let’s be quite real about it – hip-hop art that exists in a vacuum where nobody ever drinks, smokes or f—s or uses foul language just isn’t hip-hop at all because all of those things are a part of real life too. Real life is in fact vulgar and crass a lot of the time. Just because I’ve chosen to clean up some of the language in my own writing because Google AdSense demands it lest I don’t get paid doesn’t mean I expect the same from hip-hop, and neither should anyone else.

In short let’s all remember that shaking dat ass is just as much a valid form of hip-hop art as ponderous hip-hop lyrics about the nature of the universe and the social stratification of society and what we can all do to make the world a better place. Sometimes all we need to do to make the world a better place is exercise a little common sense, not look down our noses at everything, and completely miss that sometimes hip-hop can just be fun.