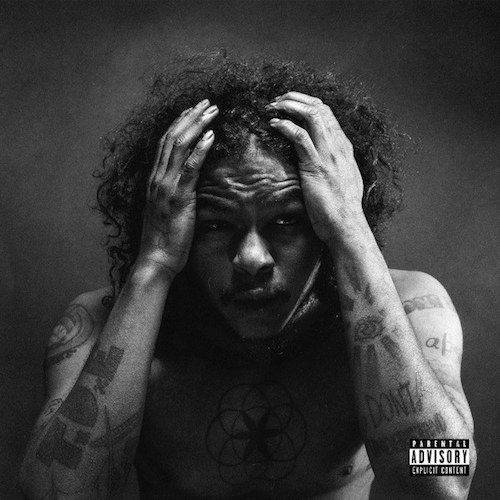 “I’m not talented, I’m skilled,” are five words toward the end of “RAW (backwards)”, the opening track on Ab-Soul’s most recent album “Do What Thou Wilt.”, that in many ways explain both its beauties and its sharp disappointments. Now this is a bit of a burst ahead into the flesh of this review but more importantly it is a foreshadowing.

“Do What Thou Wilt.” is not much like any of Ab-Soul’s previous projects. It doesn’t contain the overly-generic catchers of “These Days” (for the most part), and while it may try to give out the DMT-shaman/artist flavor of “Control System”, it sincerely does not develop the chemically-infused logic into some sort of feasible sense like “Control System” did so cleverly. What it does resemble, however, is some sort of attempt by Soul to venture into a still abstract, yet somehow more concrete, conceptual realm.

In this way, Soul predominantly fails. Yes, some of the framework is there: the feminist aspect (seen in tracks such as “God’s a Girl?” and the irritatingly bland “HIStory/HERstory” pun on “Threatening Nature”), the themes dedicated to the late occult wiseman Aleister Crowley (as heard on various tracks and most obviously noted in the album’s title) and the continued underlining theme of “other-consciousness”. However, none of this merits much worth due to the fact that Ab-Soul appears unable to tie any of these themes together or even sew them up well individually. Instead, the listener is left with several hints at ideas for concepts and no real greater purpose. This is where the lack of talent Ab-Soul may inadvertently speak of on this album is shown. He’s certainly shown the talent needed to craft a solid project before but it is not portrayed here. The other half of those five words referenced earlier, however, speak of skill.

Quite frankly, Soul has no shortage of skill. His flows wind in and out of such tracks as “Threatening Nature” and “RAW (backwards)”, his rhyme patterns shake the beat and his well-placed feel for where to drop a more complex bar all create an ambience about his work that is most certainly priceless.

Additionally, the production on this project makes a good deal of strong moves. From the somber piano chords on “D.R.U.G.S.” to the haunted-feeling stings toppled by lazy rolling drums on “Huey Knew THEN”, the mood is set instrumentally with no trouble and a great deal of dark flavor.

Even in this field, that of technical skill, however, Ab-Soul seems more lost for the quantity of well leveled bars that he employed projects such as “Control System” or its predecessor “Long-Term Mentality”. Nevertheless, Soul’s abilities have been shining brightly the past few months, best showed on his lyrical acrobatics on fellow Black Hippy member Jay Rock’s track “Vice City”.

The brutal truth of this album is that for all its cries for meaning via feminism and Thelema undertones it is not much more than a stage for which Ab-Soul to stand on and spit more or less meaninglessly. For those who like a swell show of technical strength, a spin of this album will occupy your listen to and from the workplace quite well. For those seeking something more meaningful to go along with their skill showcase, however, don’t feel bad about taking a pass on this one.

Ab-Soul :: Do What Thou Wilt.
6.5Overall Score
Music7
Lyrics6