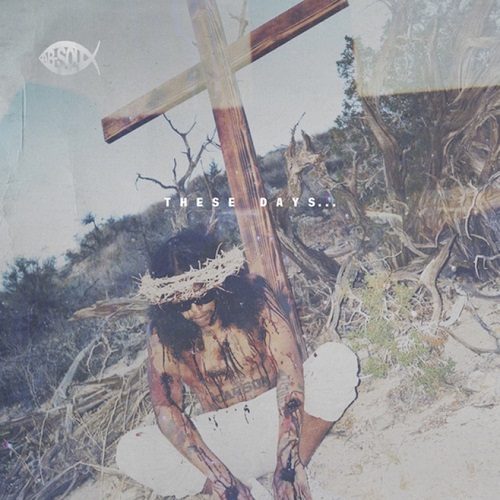 For most fans, Kendrick Lamar’s “Section.80” album was the introduction to K. Dot’s Top Dawg cohorts. Ab-Soul’s performance on “Ab-Soul’s Outro” was an immediate standout on the record, and in the following months each member carved out their own niche. Jay Rock was the oldest and the most street-oriented, Schoolboy Q proved with songs like “Hands on the Wheel” and “There He Go” that he had the most mainstream potential outside of Kendrick, and Ab-Soul seemed to be the quiet, thoughtful underdog of TDE.

Fast-forward three years later, in what is poised to be a year in which TDE releases six projects, once again Ab-Soul feels like the forgotten member. In addition to a high profile release from Schoolboy Q, TDE’s newer members SZA and Isaiah Rashad also both released new music without much news about a new Ab-Soul record. After threatening to leak his album, Soul finally got a release date, and only a few weeks later, we finally received “These Days…”

“These Days…” feels like a record crafted by a rapper who feels left out and is begging for acceptance. Ab-Soul’s third TDE release is a drastic change from “Long-Term Mentality” and “Control System,” and is a lot more pop-rap oriented. While a majority of the album’s production is still handled by TDE’s in-house team, their production is noisy and heavily trap-influenced. “World Runners” and “Nevermind That” both feature spastic, rolling hi hat sound that has become more and more popular in mainstream hip hop over the past few years.

J. Cole laces “Sapiosexual” and fails to repeat the success he had on Kendrick’s “HiiiPower.” In fact, along with “Twact,” it is among the worst songs I’ve heard in a while. Most of Ab-Soul’s pop attempts fall short due to weak hooks, obnoxious production and down-right terrible punch lines (ie: “This ain’t Arabian night but let me see your camel toe”), but there are a couple of decent radio-friendly tracks on “These Days…” Surprisigingly enough the Rick Ross cameo on “Nevermind That” is pretty solid and the hidden, title track on the end of “Just Have Fun” has Ab-Soul doing his best Migos impression over an excellent summer-vibe beat laced by The Blended Babies.

What also makes “These Days…” extremely frustrating is how undisciplined and unfocused it is. The album clocks in at about an hour and a half, which is in part thanks to its digital-only release. This would be a good record if it were maybe 40 minutes shorter. The eerie “Ride Slow” that features Danny Brown and Mac Miller’s Delusional Thomas alias would be vastly improved if it were two minutes shorter (the “Hail Mary” impression is 100% not necessary). The 18 minute battle rap with Daylyt tacked onto the end of “W.R.O.H.” could also been saved for a YouTube exclusive or something because it’s not something I really need to hear more than once. “Tree of Life” and “Dub Sac” are each over five minutes long and both feature a good half and a bad half. Soul said this album was primarily recorded at Mac Miller’s residence in L.A., which would definitely explain the druggy, laid-back vibe of the album, but it altogether lacks the focus and a central theme of “Control System.”

While disappointing for the most part, “These Days…” frustratingly has a few great songs that sounds like what could have been a foundation of a much better album that what fans ended up getting. “God’s Reign,” the first part of “Tree of Life,” “Closure” and “Stigmata” all seem to deal with religious themes, and it would’ve been interesting to see Ab-Soul flesh that concept out more. Instead we got what feels like a very quickly thrown together product that lacks the depth and introspection of his previous projects. But maybe the fun, care-free style Ab-Soul presented on this project will help land him a major label deal, or at least get him more recognition.