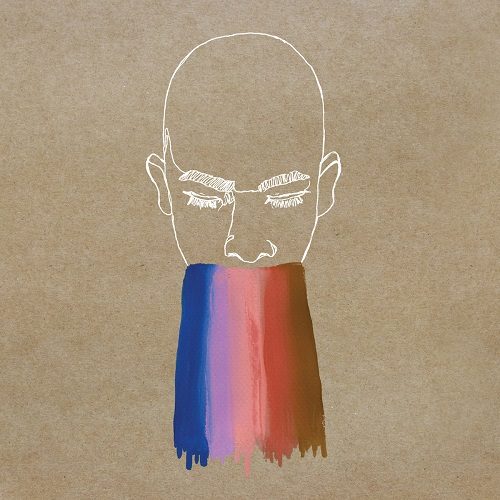 According to Stones Throw’s press release for this album, the title refers to a personal resolution from Homeboy Sandman: “Mistaking kindness for weakness is a weakness I need to have more kindness for.” This is typical of the Queens rapper’s penchant for wordplay. It’s an admirable stance that he takes, but not one that necessarily applies conceptually to the album. However even if this is just the latest collection of songs from Homeboy Sandman there’s nothing wrong with that. That’s because an array of Sandman’s frequent collaborators provide excellent production. A couple of recognizable names that Sandman hasn’t worked with before also don’t disappoint; namely, Large Professor and Edan each show up accompanied by their own unique style. It’s like Edan never left on “Talking (Bleep)” as he laces Sandman with a characteristically weird beat, whose warbling vocals sound like they’re sampling the purposely unintelligible parents from the Peanuts television specials. Homeboy Sandman brings an equally off-kilter flow that only a rare few could pull off:

“I love my fans but sometimes can’t understand
When they tell me ’bout their favourite jams
Like ‘Yo I’m waiting for another jam exactly like this one’
Son – I don’t make the same jam or record twice, I am way too nice
So please don’t ever in your life come to me with suggestions
You’ll get dismissed, on top of the fact you’ll sound like this…”

Homeboy Sandman’s vocals haven’t been mentioned yet, but it’s essential to note how stellar they are. I say vocals because it’s the combination of lyrics, flow, and inflection that make him stand out. Sandman has no shortage of well executed concepts, but maybe his best asset is actually the endlessly inventive ways in which he constructs each verse; it’s the delivery not the lyrics that impress in the above quote. The aforementioned collaboration with Large Pro called “It’s Cold” is no less impressive. A tight loop and visceral drums set the table for Sandman to go in:

The former Main Source producer doesn’t work with just anyone, so this is an affirmation of what we already know: Homeboy Sandman is a great emcee. This song calls for a different style than the track with Edan, so Sandman keeps his flow in the pocket and focuses more on rhyming. Unfortunately, this track is marred by a hook from Steve Arrington that doesn’t fit the vibe. It’s especially jarring that the hook is so playful when the rest of the song is in earnest. I’m not sure what the thought process behind this might have been, but even this cannot dampen the fire sparked by the meeting of Large Pro and Sandman.

Having recently returned with an album of his own in 2016, RJD2 also makes an appearance in the form of an instrumental track titled “Gumshoe.” This is the first of two instrumental tracks found in the mid to late sections of the album; the second one produced by Eric Lau is more of a brief interlude titled “Funhouse.” As for the RJD2 track, Homeboy Sandman actually released a version with vocals quite a bit after the official album dropped. In the remixed version, Sandman references the puzzling feature credit on the last track of the album. The song apparently features Aesop Rock, Kurious, and even the elusive Breeze Brewin who starred in Prince Paul’s legendary “A Prince Among Thieves.” However, what sounds like an epic cypher amounts to little more than additional vocals on the hook. I had to play through quite a few times just to make sure I didn’t miss their parts. Ultimately, the track makes for a solid if disappointing closer to the album. Sandman admits on the remix of “Gumshoe” that the mix-up occurred because he wasn’t sure how to credit the additional vocals.

The rest of the features on this album are just as dope as you’d expect. Fellow New York rapper I Am Many joins Sandman on the appropriately named “Real New York.” If you’re familiar with either then the name 2 Hungry Bros is also likely familiar. The production team creates a high energy instrumental for the two rappers to show off their breathless flows:

Another notable feature occurs on the song “Keep it Real.” I haven’t heard of Mystro before this, but he definitely grabbed my attention with some quotable lines: “I never claim real spit then bring a little dribble / or say I pull more strings than Diddy with a fiddle.” While acknowledging the difference in their economic and social position, Mystro also manages to poke fun at Diddy’s lack of musical ability in the same bar.

While the last track isn’t the cypher it appears to be, there is still a memorable group track on this album. Homeboy Sandman is joined by Canada’s own Shad, yU from Diamond District, and veteran New York Rapper Tah Phrum Duh Bush. The song is called “Earth, Wind, Fire, Water” and I suppose each emcee is supposed to embody one of those; although, I couldn’t say which is which except that they’re all fire.

If it’s not already clear this album is great then I’ll put that to rest now; Homeboy Sandman’s “Kindness for Weakness” is one of the best albums of 2016. I think that due to Sandman’s prolific output each new release sometimes feels like just another album. However, he consistently brings so many new sounds to the mix that you’d really be missing out if you stopped checking for him.