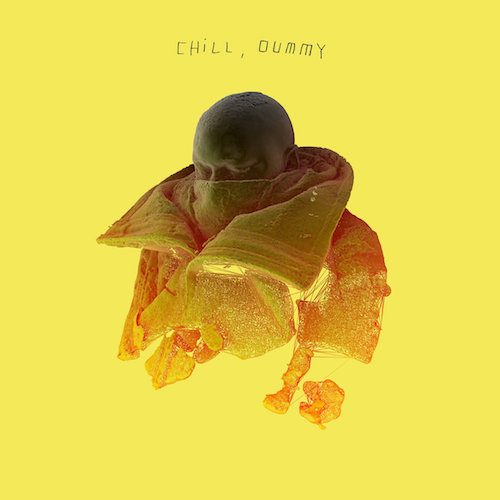 I’ve been a fan of Stefon “P.O.S.” Alexander since his debut nearly 10 years ago. On “Audition” and 2009’s “Never Better,” he proved himself to be one of the few artists who could successfully meld punk rock and hip-hop. Fellow Minnesotans Atmosphere are sometimes called emo rap, but P.O.S. was the one combining actual emo punk with his raps. His 2012 release “We Don’t Even Live Here” backed away from the guitars, going for a more indie rap sound. After taking off a few years for health problems, culminating in a kidney transplant in 2014, P.O.S. is back and better than ever on “Chill, dummy.”

P.O.S. has always juggled a slew of competing influences, especially sonically. His beats have combined punk, metal, indie pop, and straightforward hip-hop. He continues to evolve his sound on this album. For better or worse, the guitars and rattling drums that disappeared after 2009’s “Never Better” only make brief appearances. Instead P.O.S. and Lazerbeak offer a mix of alternative synth beats similar to what was on 2012’s “We Don’t Even Live Here,” while leaning harder into hip-hop than any of his previous albums. The whining synths and rattling hi-hats on “Pieces/Ruins” and “Gravedigger” aren’t that far removed from club rap, and P.O.S.’s sung raps on the latter are closer to Drake than At the Drive In.

All of this is a good thing. In fact, the moments on the album that were the weakest for were the tracks like “Lanes” that were in more standard alternative/indie rap mode. That’s a minority of “Chill, dummy.” For most of the album, P.O.S. is getting his formula right and hitting the right balance between Warped Tour aggression and hip-hop swagger.

That swagger is intrinsic to P.O.S.’s appeal. It’s not that hard to yell into a mic. It’s a hell of a lot harder to do it on beat and with the intense lyricism that P.O.S. displays. One of his favorite rappers is Aesop Rock, and the influence shows in P.O.S.’s dense, complex rhymes. He excels at delivering intricate rhymes with passion, and tackling the political as well as personal with honesty and intelligence.

He then goes on to discuss his kidney transplant and how it has reinvigorated him:

All this while everyone from Kathleen Hannah to Hard_R offers verses or spoken word pieces.

Other guests include Bon Iver’s Justin Vernon, Open Mike Eagle, Angelenah, Busdriver, and Lady Midnight. Lady Midnight is probably the best feature, and she helps makes the love song “Faded” the best track on the album.

With “Chill, dummy,” P.O.S. manages a difficult balancing act between alternative music and hip-hop, the personal and the political, and being impassioned without being self-righteous. It’s a strong album that is a welcome return from the Minnesota rapper.