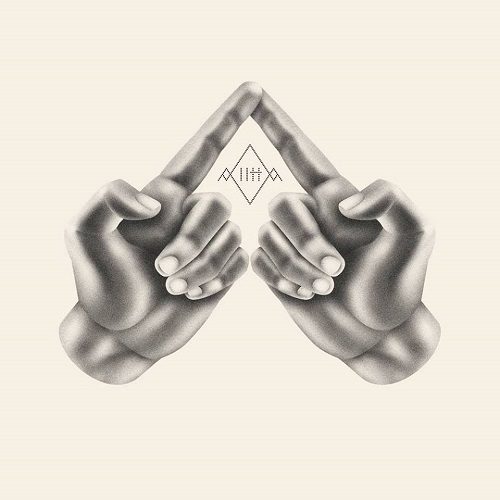 AllttA designates the collaboration between American Mr. J. Medeiros on the mic and Frenchman 20syl on production. The latter pulls double duty as both an emcee and producer in the French group Hocus Pocus, but he stays behind the boards for this project. In addition, there are no features over sixteen tracks, so Medeiros risks overextending himself. Luckily, Medeiros doesn’t have to go alone because this is a true collaboration between the rapper and 20syl. In this way, AllttA is reminiscent of Hip Hop’s Golden Age. Medeiros actually acknowledges this in the song “Kinsmen” when he namechecks and quotes the great Rakim: “Let’s take it back to something that Rakim said / ‘It ain’t where you from, it’s where you at.'” Even though AllttA’s sound is far removed from Rakim’s “In the Ghetto,” I would argue that it’s created in the same spirit.

I don’t know if “The Upper Hand” was composed over e-mail correspondence, or in person, but it is clear that this project wasn’t simply a short transaction of beats for cash. 20syl produces multi-faceted instrumentals that both complement Medeiros’s vocals and take center stage when necessary. None of the music here is stagnant for the entirety of one track. The instrumentals constantly transform and are often as interesting as the rapping. These aren’t your standard beat changes half way through the song, but they are natural evolutions of each song’s starting motif. This allows Medeiros to take a metaphorical breather when the need arises. This balanced approach between emcee and producer results in some of the best tracks on the album. For example, Medeiros only has a single verse on “Turn Around,” but it is one of the album standouts:

“Himalaya range with a hymn for any age
Ain’t a bird this loud on an earth this round
I’ll out shout a bald eagle from the surface ground
I’m loud, sure as a hound ain’t a word to be found
With nonsense – competence ain’t a worry I’m bound
When the curtain is down, shoot, aim, can’t burden me now
Got a name you can’t change with a personal noun
Serving it proud got you cursing my style
And I ain’t ever shot a man in the back, turn around”

One of the most underrated abilities of any emcee is how well they can wrap up a verse. Despite repeating the same multi-syllabic rhyme to end each line and even internally, the final words don’t get lost in the shuffle. It’s easy to tune out lyrics when they all sound the same, but Medeiros avoids this by leading into his last rhyme here with a less complex line. He also pauses right before the last two words to give them special attention. It’s a good thing this verse is so successful because the rest of the song is an instrumental break. The beat itself uses a vocal sample pitched up and sometimes down. Normally, I think it detracts from the song to have the beat continue so long after the vocals. With that said, this technique allows the listener to appreciate the fine details within the instrumental. Medeiros’s pitched down vocals from his last line are also scratched in at different intervals. This vocal effect is fairly common throughout the course of “The Upper Hand.” As far as I can tell, the effect’s main purpose is to offer a different voice from the emcee that dominates the album. Medeiros has a nasally vocal tone that some may find grating if it dominated every song. Medeiros doesn’t stray much from this tone unless he is singing a hook, but the combination of instrumental breaks and changes in pitch provide balance.

One of the most striking features of this collaboration is actually not found in the music; it is in the newly formed group’s moniker: AllttA. Assuming it was an acronym, I still missed its meaning on first listen. The second time through, however, I caught its meaning in the first song. Medeiros decodes the acronym on the titular track: “AllttA, a little lower than the angels.” It took another few listens to get what 20syl and Medeiros meant by that statement. My interpretation is simply that it is an album about living as a human being. I suppose that is a little lower than the angels by definition. Despite this built-in handicap, 20syl and Medeiros must still feel like they have the upper hand if the title is any indication. These songs might be about human struggles, but they come from an experienced perspective. Medeiros frets about becoming a father in “Baby,” yet he seems to be about as prepared as anyone could be:

“We in a one room pad making room for three
Wanna be a good Dad if I’m soon to be
So moving everything I have to where the broom should be
We need space for a crib, the bibs, the baby bottles
Traces of lead paint in chips that may be swallowed
I’m checking and just in case replace that dated nozzle
Read that safety for a baby ain’t a maybe or tomorrow
It’s a right now and I’m like changing my life now
Feeling light, wow, having a baby just lie down…”

Even though Medeiros cites a lack of space for the baby, it’s clear that he is taking every step that he possibly can to properly raise his child. AllttA don’t just have the upper hand when dealing with life’s issues, but also with how they present them. The above quote is indicative of how Medeiros tackles subject matter that may be considered mundane, and presents it in an entertaining manner. The combination of sensible multi-syllabic rhymes and a palpable sense of urgency make for another stand out track. 20syl’s instrumental is just as impressive. He combines a whistle loop with various vocal samples at a variety of pitches over a synthesized melody to provide the perfect backdrop for Medeiros’s musings.

Despite sixteen full songs without outside contributors, an argument can be made for the relevance and quality of each song. However, there are still songs that stand out like “Holy Toast.” 20syl is using the same tools such as pitched vocal samples and synthesizers, but the sound is still very distinct. Traditionally, rap songs have stuck to the same few pitches; 20syl breaks that tradition with a wider pitch range. In addition, he doesn’t seem to be sampling older music, but instead it sounds like he samples what he or Medeiros have recorded themselves. The end result is a number of unique sounds that are adeptly adapted into each instrumental. In particular, the instrumental for “Holy Toast” couldn’t complement Medeiros’s vocals any better. If I had to recommend any one song from “The Upper Hand” to showcase Medeiros’s talent as an emcee, it would be this song. He unleashes a barrage of rhymes with a breathless flow that somehow also manages to border on profound:

“For me to be idolized, on a drive, for my own reasons
Because they tell me it’s a lesson in our rebirth
Because in hell our breath burns and our knees hurt
Because we know He knelt with lepers and freed serfs
Because it helps sells records and t-shirts
Books, hats, stickers, sweaters, and knee skirts
And in good, bad, and indifferent weather I see works
In the hood tatted, with little help from the priest circuit
In the woods, mad at belief, and a tree serpent
And where the church is, and the worst is
These surface statements lead ’em to a basement where they hurt kids”

As great as the above passage is, the entire song is worth quoting. While this project doesn’t necessarily have the sonic qualities of a traditional Hip Hop album, it does sound unique to Mr. J. Medeiros and 20syl’s experiences. Ultimately, isn’t that what a Hip Hop album is? It might be a little lower than the angels, but AllttA is still a match made in heaven like Pete Rock & C.L. Smooth.