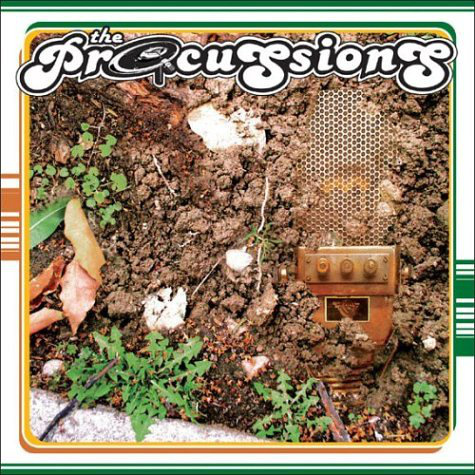 The Procussions :: …As Iron Sharpens Iron

“As iron sharpens iron, so one man sharpens the other,” says Proverbs 27:17, an advice a couple of Colorado hip-hop activists followed when they took the ceasefire between two rivaling b-boy sets as an opportunity to form The Procussions. Consisting of MC/producer Stro The 89th Key and MC’s Mr. J and Resonant, the group brings a positive but still serious outlook to the game, reminiscent of crews like LightHeaded and Tunnel Rats.

Musically, you can expect a streamlined appearance. Stro aims for a live vibe, but buffs everything to a monochrome, polished shine that sounds strangely synthetic. The best thing the reader can do with the reviewer’s uneasiness with how “…As Iron Sharpens Iron” sounds is take it as an indication that this album is different from the majority. That much however is clear: considering its specific sound design, it isn’t geared for headphone consumption, and it should be played above room volume so that it can develop its full orchestral qualities.

And I’m going to follow these instructions myself right now. Let’s see what we have here… “Introducing” does exactly that. The track packs everything from human humming, organ playing alternating between confusing and soothing, hard-hitting drums, right down to a DJ having an extensive session with James Brown’s “Funky Drummer”. The enthusiasm is evident, and as a listener it’s hard not to join The Procussions in their forward motion.

“WeGotta!” calms things down despite the exclamation point in the title, Stro throwing in an early nineties horn break to drive their point home. “JOB (Just Over Broke)” is a soft-spoken tune deeply steeped in bass covering the faint echo of a talkbox. “All That It Takes” with its jazzy flair takes us once again back to the early nineties East Coast school of hip-hop while “Move Yer Self” is draped in Latin jazz. The pleasing blend of various styles and schools is only interrupted by unusual experimentations with rock music ingredients. Thankfully, the two tracks in question don’t rely too heavily on them, as “Lights Off” is saved by scratching and a thumping drum set, and “Down to One”, after some rather corny rock antics (think screeching guitar), goes into a brassy break, after which a busy drum beat invites breakers to do their thing.

On the vocal side, the rappers harmonize as well with the beats as they do with each other. Still, while they are clearly distinguishable, no one team player stands out, as both their flows and their lyrics seem somewhat interchangeable. The content of their rhymes is obviously spiritually guided, which isn’t particularly a problem. The problem is that like many of their peers, The Procussions tend to be lyrically too abstract. More concrete offerings like “Leave Her Alone” and “JOB (Just Over Broke)” are the exceptions that make you realize the rule.

To their credit, The Procussions are able to convey messages that go beyond mere self-motivation. At best, their rhymes are a gentle stream you have to dive into to extract something interesting and meaningful, exemplified by a simple two liner such as “We inspire to teach, obsessed with relaying the truth / through a culture that’s betraying our truth.” At worst, they are a cryptic sermon in which well-proportioned phrases only obscure the message:

“I stand strong on a rock-solid approach to unbottle the truth
to uncommonly use and gain knowledge
We graduated from the same college
I took the road less travelled, the left lane was too crowded
I ain’t forget about it, I been in that car before
lookin’ for a key that unlocks door”

Then again, you have to give The Procussions credit for trying to “describe the undescribable” (“How Do I Describe”) and finding ways to convey spiritual convictions. Given the difficulty of that endeavor, it’s almost impossible to pin individual songs down to one message. Clearly, empathy is an important emotion in their lives, as evidenced by key lyrics like “Love is just a word that’s got no meanin’ / if you can’t put it into action” (“Make it Happen”), “I’m never fightin’ fire with fire / I do the opposite of what this world admires / I’m battlin’ hate with love” (“Down to One”) and “We instruments of love, a God orchestrates our symphony” (“Celebration”).

While their soulful spiritualized hip-hop sessions are generally enjoyable, The Procussions might have been able to make even more people relate to their music if they would have stepped down from the pulpit more often. But even so, if you’re willing to join the congregation lead by this contagious choir, take Mr. J up on his invitation delivered on “Celebration”: “We in club Earth, raise your hands up, take your shoes off / grab your fellow man, help him shake the blues off.” Because as iron sharpens iron…