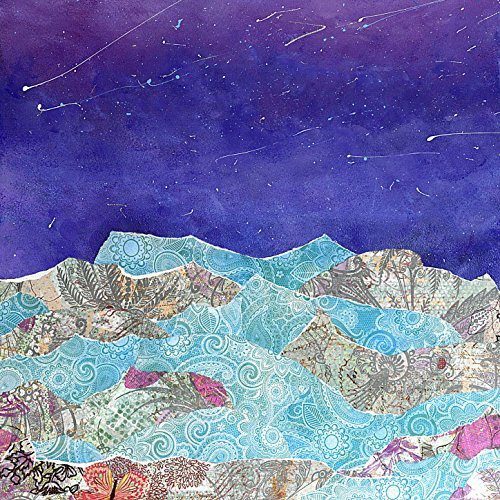 Lando Chill :: The Boy Who Spoke to the Wind

The record industry may be in a free fall, but there is so much good music coming out that it is ridiculous. My theory is that the ease of recording and distributing music, combined with the lack of market pressures to make music that will move as many units possible has created space for unprecedented creative freedom. It’s cheap and easy to record and distribute music, and since there’s no money to be made the stakes are low enough that artists and record companies are more willing to take risks. Case in point, Tuscon, Arizona rapper Lando Chill’s latest, “The Boy Who Spoke to the Wind.” It’s a dense, rambling album full of literary references and poetic interludes. Not exactly the kind of thing likely to light up the Hot 100. Luckily Mello Music Group’s idea of success is more modest than Jive’s or Def Jam’s, so it has not only seen the light of day but has gotten a decent amount of promotion.

As far as I can tell, this is Lando Chill’s second album, or at least his second with Mello Music Group. His first album, “For Mark, Your Son,” was about his deceased father. This album takes inspiration from Paulo Coelho’s novel “The Alchemist,” and tackles spiritual and personal transformation. It also deals with institutionalized racism, police violence, and the legacy of slavery along the way.

As a rapper, Lando falls somewhere between Pharoahe Monch and Shabazz Palaces. There is a hazy spaciness to his rhymes but he also has moments of intense lyricism that grounds his music. That applies to the production as well – there’s a dreaminess to it, but also head nodding beats.

A good example is “No Paz.” It features dreamy keyboards over a clattering beat, and when Lando isn’t rapping backwards he’s shouting “I see no peace just the police bang!”

Album opener “Break Them Shackles” is another example of how Lando mixes his poetic leanings with protest rap:

“Black Boy Run” is another highlight. It features Lando singing, and sounds as much like a spiritual as a hip-hop song.

“Is it us, who would run upon the earth to clear our name
Is it you who would bear upon your chest the mark of Cain
Is it we who would bend upon our knees to quell your shame
Is it thee who gon’ lie and say you like Barack Hussein
Can you ‘splain, Bantu Biko
Died for us to shoot for free throws
Peep holes right above the prison
People die so you could listen
To their culture through attrition
And get eaten by the pistons of this system
I see privilege in your vision
I see money as your mission”

I found myself spending more time with the top half of the album than the bottom half, where it fizzles out.

Like Shabazz Palaces, Lando’s songs can sometimes feel formless and hard to get a handle on. The last third of the album is more experimental and thus less accessible than the first two-thirds, culminating in the glitchy, whisper-rapped “Heartspace.” The song is powerful, but feels like a fade-out rather than a big finale.

Despite an anti-climatic ending and a few tracks here and here that didn’t coalesce for me, “The Boy Who Spoke to the Wind” has being in rotation for me since it came out. Lando Chill is making hip-hop that pushes boundaries, and he’s doing it well.

Lando Chill :: The Boy Who Spoke to the Wind
7.5Overall Score
Music7.5
Lyrics8