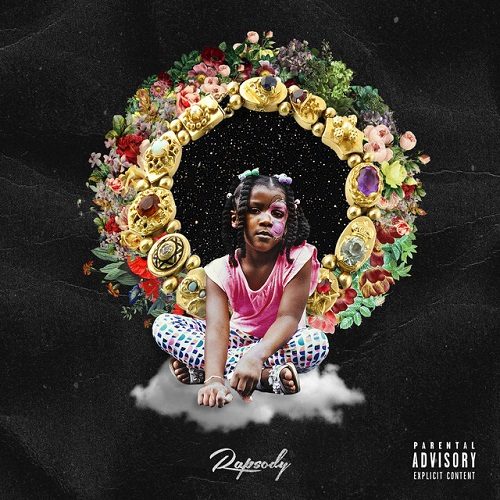 Rapsody’s credentials are unimpeachable: she’s collaborated with underground A-listers like Erykah Badu, Talib Kweli, and Big K.R.I.T., toured with Mac Miller and 9th Wonder, and turned heads with her guest spot on “To Pimp a Butterfly”‘s “Complexion (A Zulu Love).” After signing with Roc Nation in 2016, she released the EP “Crown,” stoking the anticipation of fans, critics, and industry insiders for her next big move. Released in September, “Laila’s Wisdom” delivers on “Crown”‘s promise; it marks the major label debut of an artist with her own philosophy of and vision for hip hop, backed up by microphone skills that put her in the upper echelon of contemporary MCs.

The album’s personnel is a catalog of excellence. The production team is A1: 9th Wonder produces a majority of the tracks, and other members of his Soul Council do their part too: Nottz, Khrysis, Ka$h Dont Make Beats, and Eric G all contribute. Musical polymath Terrace Martin plays keyboards on 11 of 14 tracks. The album is punctuated by, but not overrun with, high-profile feature verses from Kendrick Lamar, Black Thought, and Busta Rhymes. Guest vocals from long-time collaborator Anderson .Paak and Moonchild’s Amber Navran add depth and color. The quality and variety of this supporting cast results in an album that, like “TPAB,” feels like the work of a collective celebrating the individual talents of one of its members. Rapsody is front and center, and she has one hell of a crew behind her.

“Laila’s Wisdom” demonstrates how an album can draw from myriad streams of influence while maintaining a unique artistic vision and voice. Doing so requires carefully curated samples, collaborators, and references, which is possible only to a student of the form. Rapsody proves herself an apt pupil. The album starts with a sample from Aretha Franklin’s rendition of Nina Simone’s “To Be Young, Gifted and Black,” a song that pays tribute to Lorraine Hansberry. Take a moment to consider that lineage: three of the 20th century’s most important artists, packed into one lightly-chopped sample. Hansberry was a political radical and blockbuster playwright; Simone was a sui generis musical titan; and Franklin is the dean of American soul music. (Later, on “Sassy,” Rapsody adds Maya Angelou to this roster of influences, assembling lines from her poem “Still I Rise” into the album’s poppiest hook.) In addition to name-checking esteemed actors Phylicia Rashad and Debbie Allen, the title track’s lyrics center on insight and advice Rap attributes to her eponymous grandmother. Taken together, the track serves as a grateful acknowledgement of those who have supported and inspired Rapsody along the way, a circle of extraordinary Black women whose influence constitutes the cultural wisdom that has led to this moment, this music. “Laila’s Wisdom,” then, isn’t just the product of an MC and her community of contemporaries; it is the flowering of a family tree of Black excellence that reaches back through generations.

The album is also a celebration of hip-hop in all its diversity. Rapsody’s love of the music is wide-ranging; there are plenty of ways to play the game, and she has love for all of them. As she says on “Nobody”:

“It’s all hip-hop, you can’t divide what ain’t different
Don’t like all underground music, I don’t hate all music that isn’t
I was just making it clap to Wacka Flocka last Christmas”

She doubles down on this inclusive perspective on “You Should Know,” when she raps, “There’s room in this game, it ain’t crowded.” Along with the conspicuous absence of shots at other rappers (subliminal or otherwise), this attitude marks a welcome relief from hip-hop’s current fixation on the throne, on tearing artists down rather than continuing to build the culture. This affirmative streak comes through even more intensely in lines like these, from “You Should Know”:

But all this positivity doesn’t mean Rapsody shies away from competition; she thrives on it, stepping up her game to deliver her best verses on tracks that pit her against heavy-hitters. “Power” features Kendrick on fire; “Nobody” features Black Thought at his polysyllabic best; “You Should Know” features Busta Rhymes “on [his] Barry White shit.” These aren’t perfunctory guest spots; these guys bring their A games, and Rapsody elevates to meet (or exceed) them.

Among Rapsody’s strengths as an MC is her ability to switch up her cadence and delivery. Throughout the album, she shows off a virtuosic variety of flows and vocal registers. On “Sassy,” she is playful, delivering lines with a tipsy drawl:

“Check the time y’all all too late, tick tick
Got no chill, but I do got Netflix
You can watch the movies or me
I like my tee shirts with no sleeves
Ain’t gotta bare arms to show I’m deadly
In a league of my own
Watch what you say you don’t know who you among
Speak a little truth
Here come the stones
Throw me a few, look I got good bones”

On “Ridin’,” she growls her lines, fed up with a family member she “can’t save from hell.” On “Knock On My Door,” she’s flirtatious, maybe even a little thirsty. And on “You Should Know,” she sounds like pre-retirement Jay-Z. Indeed, in interviews she cites Hov as her favorite rapper, pointing to “Reasonable Doubt” and “The Black Album” as two of her mentor texts. The influence is sometimes subtle, like on “OooWee,” when she nibbles at Hov’s “Dirt Off Your Shoulder” flow in lines like these:

“I’m a window for homies, I know all of ’em watch
Time and time again reminiscing, remembering blocks
I used to walk around on ’em it’s been a while now we back
Gotta speak on the youth to throw all my dreams in the air
My mind a hula hoop going round but got nothing to spare”

In “Ridin’,” she depicts an interaction with a cop that sounds like a less menacing version of the famous second verse of “99 Problems,” slipping into a very funny delivery that is part Valley Girl, part Nicki Minaj. Rapsody is also happy to make explicit her references to the head of her label, mentioning him by name in the first track and quoting directly from “Allure” on “You Should Know.” Along with direct references to Biggie, Puffy, and the whole Bad Boy family (on “Black & Ugly”), these shout-outs to the all-time rap greats further establish the artistic lineage Rapsody claims.

None of this is to say that Rap doesn’t have a consistent character on the mic. As she says on “You Should Know,” she is “influenced by many but I’m a whole new star / There’s levels to this but I’m a whole new floor.” Rather than feeling scattershot or inconsistent, Rapsody’s diverse flows feel exuberant, like the moment in every superhero origin story when the protagonist begins to realize the full extent of her powers.

Just before the excellent final two tracks, the album enters a slight lull, in the form of a three-song cycle depicting the complexities of romantic relationships. Built on a Tony! Toni! Toné! sample, “A Rollercoaster Jam Called Love,” features a slight variation on classic boom-bap drums and vocal harmonies from Musiq Soulchild and Gwen Bunn. These could be the makings of a satisfactory slow jam, but the lyrical conceit of romance as a roller coaster is a little too familiar to sustain an entire song. “U Used 2 Love Me” feels like it is included mostly to advance the plot to the point where “Knock On My Door” picks up, the latter depicting a flirtation with a new romantic interest. “Knock” is the strongest of the three, a one-sided dialogue showcasing Rapsody’s charm, vocal fluidity, and just a shade of vulnerability.

The album picks up steam again with “OooWee,” a song about the grind before the come-up. It’s built on a spooky, driving beat and reedy vocals from Anderson .Paak. It is a powerhouse of a song, having first appeared on the “Crown” EP and totally worth revisiting here.

The album’s closer, “Jesus Coming,” sees Rapsody adopting four different personas, each at the moment of untimely death. The track samples Otis G. Johnson, an obscure gospel musician and DJ from Detroit, whose tinny, lo-fi recording 9th Wonder combines with Amber Navran’s vocals, giving the whole song the airy, nostalgic quality of late afternoon sunlight. Coming at the close of this rich, personal, and expansive album, “Jesus Coming” is a stunner; it leaves the listener speechless, and the rapper too: this last track ends with Rapsody falling silent, ceding the last two minutes to Navran and Johnson, their voices intimate and distant, feathery and wistful, until they are abruptly silenced.

Taken as a whole, “Laila’s Wisdom” is an album about community: how to build it and where it can take us. It showcases Rapsody’s indisputable excellence as a lyricist and rapper, and it sets up the next stage of a career that will keep everyone in the industry watching closely.