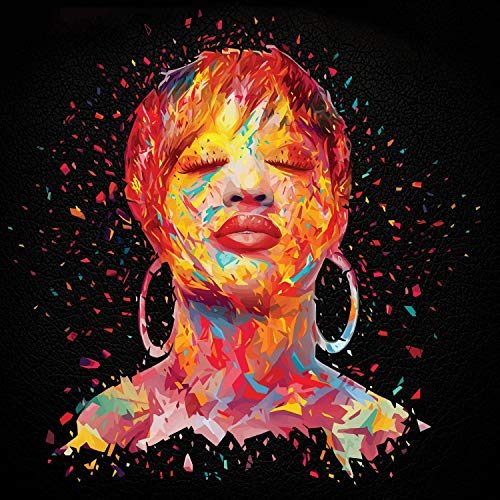 Rapsody :: The Beauty and the Beast

They’ve done it lads – the ladies have taken over the rap game. Awards and chart positions may mean zilch to many of us, but there’s no hiding from the heavy presence of Iggy Azalea, Nicki Minaj and god-damn Miley Cyrus when perusing hip hop media in 2014. In a world where Australians rap like they’re from the Dirty South, Americans rap in a British accent and Hannah Montana has started laying down bars; I’m stuck wondering why GIRLS are running the rap game instead of WOMEN. Without going in to a rant on industry politics, I want to refrain from talking about Rapsody as if female emcees are a sub-genre of hip hop. Rapsody is a better emcee than most guys, let alone “girls”. What makes me enjoy Rapsody’s music so much is that she sounds older than her age would suggest.

With a deep voice akin to MC Lyte, Rapsody bosses every track on “Beauty and the Beast” – a perfectly titled EP. Much was made of her exclusion from the XXL Freshman’s List of 2014, and I can see both points of the argument. Rapsody has a certain degree of accessibility but doesn’t opt to drop club tracks or sacrifice her content for a catchy hook, which unfortunately covers much of what XXL are looking for these days. Instead, Rapsody focusses on spitting over dope beats, without ever sounding like an overly lyrical rapper. It’s a natural style that possesses class, and thanks to some excellent production from 9th Wonder, Eric G, Khrysis and Nottz; “Beauty and the Beast” boasts remarkable replay-ability.

Ten tracks deep and clocking in at 39 minutes, this is stretching the definition of EP to its limits. Honestly speaking (or writing), it doesn’t matter if this is an EP, album or mixtape – 2014 has mixtapes over an hour in length and albums less than 30 minutes long. But if this “EP” is anything to go by, Rapsody’s next LP is going to be something special. The beats are a lot like those found on Skyzoo & Torae’s “Barrel Brothers” project – thick bass joins snares harder than concrete on Viagra. Seriously, this shit BANGS. I just bought some new Sennheiser headphones and this EP blessed them with crisp, juicy thumps and kicks. There’s variety too, with wild piano jabs on “Hard To Choose” and a synthesized hood-rattler The Clipse would have wanted to rhyme to on “Drama”. Eric G drops a real peach on “Waiting On It (Baby Girl)” – a pounding bass line you’d expect to hear on a Marsha Ambrosius album. Beats are consistently strong throughout, though not flawless. “Godzilla” is decent yet let down by a horrid “HEY MAN” chant for a hook and is cut short in favour of a superior, thematically preferable instrumental.

The bounciness to the instrumentals is perfect fodder for Rapsody’s confident bravado, yet don’t think for a second that she’s just bragging about being a dope rapper. Even songs such as “Who I Am” are knowing nods to the mainstream that they know who she is, her buzz is undeniable and any fan that speaks about the best female emcee is just as likely to say Rapsody as Jean Grae. Shit, legends such as MC Lyte and Nas have given her compliments (as mentioned on “Hard To Choose”). Speaking of Jean Grae, the decision to use 9th Wonder’s production lends the record that “Jeanius” feel, and Rapsody’s delivery is a lot like Jean’s, except with extra oomph.

“Beauty and the Beast” is more of the latter than the former, providing a noticeably fiercer and uber-confident Rapsody. If she was puffing her chest out on “She Got Game”, she’s damn near got her tits out on this one. Except, she hasn’t – there’s no sexual allure or outright lustiness to her music. As she mentions on the opener “Feel It”, she’s “just being real with y’all”. If anything, I found the video for “Drama” detracted from Rapsody’s powerful vocals. I’m digging myself a hole here I know, because Rapsody isn’t ugly, far from it, but her voice is so damn powerful that it would overshadow her appearance, regardless. If she motor-boated the listener whilst reading the phone book, I’d remember each and every number because she has one of those voices – you hang off of her every word. This is put to excellent use on “The Man”, a bold track that reminds us men that many women are more capable of being a man than we are. It’s also split in to a separate song that sees Rapsody drop memorable lines like “I’ve got small tits but I love me” without sounding like a rampant feminist.

“Beauty and the Beast” is smooth, confident hip hop from one of the best in the business and one of 2014’s better releases. Succinct, effortless and mature, Rapsody deserves the audience XXL can offer her, yet there’s a part of me that feels she would be lost on the mainstream. Be glad that she hasn’t tweaked her style for the masses, as “Hard To Choose” proudly proclaims “I understand why I chose to be better not basic, so it’s not hard to choose, so excuse if I don’t care if hipsters relate, it weren’t for you at all that these songs were made“. Hip hop needs a strong female role model right now, and Rapsody is the perfect fit.

Rapsody :: The Beauty and the Beast
8.5Overall Score
Music8
Lyrics9