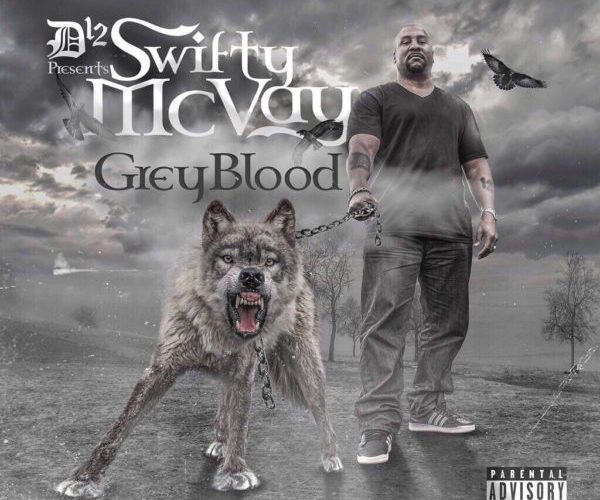 It’s easy to overlook Eminem’s group D12 as a fun side project that ended up feeling the brunt of both Eminem’s semi-retirement and Proof’s death in 2006. Their low-point came in 2010 when Canibus made a bitch move (much like LL did a decade earlier) by putting D12 on a track that was actually a diss to Eminem. It was a terrible song with some really corny lines, particulary from Soundclick netcee DZK, but the rhymes from D12 were shoddy too. The group are very quiet these days, although Swifty has been releasing mixtapes regularly over the last few years.

For the uninitiated, Swifty has always been the solid, overlooked member who was often overshadowed by Em’s intense rhyme patterns, Bizarre’s shocking statements or Proof’s effortless ability to ride a beat. His solo career has never really hit the heady heights that being affiliated with Marshall Mathers should warrant, but it’s good to see Detroit brethren Slum Village and Guilty Simpson on the tracklisting holding Swifty down. What’s clear from “Grey Blood” is how much Swifty excels and benefits from being in a group. Storytelling isn’t his strong point, with the likes of “Over Protective” lacking the right tone or emotiveness needed for an empathetic tale about defending vulnerable women.

The production is largely unremarkable too, with a legitimate top-tier lyricist in Crooked I (or KXNG Crooked as he’s now known) wasted on “You Ain’t Real”. Evidently, Swifty’s returned to his underground roots whereby the themes of songs can lean towards generic. “Grey Blood” isn’t completely redundant though, with the best tracks conveniently sounding like old D12 records. “Hands Up” is playful, snappy and Swifty’s flow has enough punch to carry the loose concept of partying two days on the trot. As does “Dysfunctional Family”‘s second-rate Dr. Dre beat, and the tough verbal attack “You Aint Ah Threat” which is where Swifty nails what he does best. Aggressive verses coupled with a catchy hook is exactly what this project needed more, particularly with that imposing cover art.

Flashbacks to the tomfoolery of “Devil’s Night” appear in drips and drabs: “Hands Up” is as D12 as any song released this year, just lacking the likes of Kuniva, Kon Artist and Bizarre. All three actually show up on “Pimps & Hoes”, a decent if played out concept that sees Bizarre deliver an oddly sane verse. The reunion minus Em and Proof (R.I.P.) doesn’t exactly have me rushing to Twitter and harassing Em for another D12 album – they had their time and their style is very much of that early 2000s era. With a bit more humor and some sharper rhymes, Swifty could still offer something for longtime fans but with Detroit alone such a competitive scene, it will take something spectacular to put Swifty McVay back on the map.