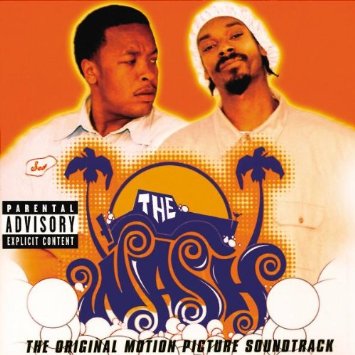 One wit described the original “Car Wash” on IMDB.com as “a hit soundtrack first – the movie was an afterthought.” The 2001 remake “The Wash” has a similar problem; except that the soundtrack was probably conceived after the movie instead of before. Still, given the choice between the RAPPING talents of Dr. Dre and Snoop Dogg or the ACTING talents of said same duo, I’ll gladly take the rapping instead.

And of the rapping, the two stars of this film do provide some high quality musical entertainment, chief among them Dr. Dre’s “Bad Intentions” featuring Knoc-Turn’al singing the hook. Mahogany co-produces a beat with Dre that’s as close to perfection as a rap instrumental gets – a bouncing flute by Tim Izo paired with some big bass bottom by Mike Elizondo. Dre could rap about pissing in a cup and score a hit with a track this good, but instead he provides the perfect amount of hedonistic sex and drinking to lively up any party the song is played at.

There are other highlights throughout: Busta Rhymes riding to some whiny Dre synths on “Holla”, Dre and Snoop performing both “On the Blvd.” and “The Wash” title track, and Soopafly’s self-produced “Gotta Get Dis Money.” Unfortunately, the album’s contributions by D-12 and Bubba Sparxxx (“Blow My Buzz” and “Bubba Talk” respectively) are just cuts pulled from their own albums. Instead of getting new original material from them, we’re treated to a bevy of no-names trying to get their shine on. Ox’s “Don’t Talk Shit” has a nice Scott Storch beat, but he sounds like Busta Rhymes lost cousin. The cheesy R&B of Yero’s “My High” isn’t even worthy of a K-Tel compilation, and “No” by the laughably named Joe Beast would be better as a Mel-Man instrumental PERIOD.

Even some of the better known names like Bilal and Xzibit turn in solo tracks which could generously be called “above par” and realistically called “average” at best. So unfortunately, the sad truth about this soundtrack is that like “Car Wash” before it, the original was better than the remake. On sale, it’s still worth buying for the three Dr. Dre songs and a smattering of other cuts, but the shelf life of replays in your deck will probably be short.