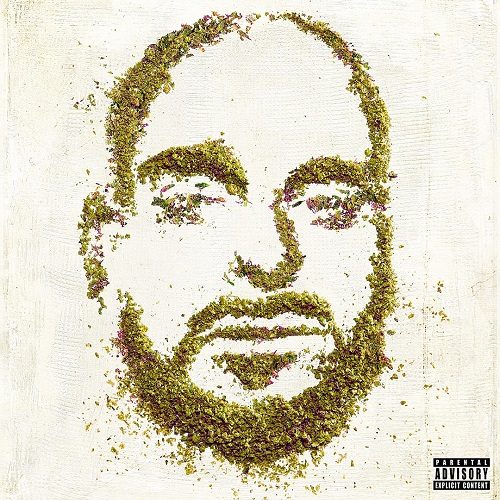 Listening to Berner’s “The Big Pescado” is how you satisfy your curiosity about Scott Storch without having to give in to your sensationalist insticts, but simply lending an ear to a producer who held the formula for hip-hop success in his hands at the beginning of the newly born millennium sounds nowadays, for which 14 full tracks offer undivided attention. Before becoming the possibly first rap producer to live the rockstar lifestyle to the fullest (which includes blowing a shocking amount of money), Scott Storch broke out of what he felt was an ultimately unrewarding role as a keyboarder with The Roots to become a hitmaker with successful mandates in R&B and pop. Keeping it limited to our genre, if you lived through the years 1999-2007, you witnessed Scott Storch going from being Dr. Dre’s right-hand piano man (“Still D.R.E.”) to sharing co-credits with the production overlord (Xzibit’s “X,” Eve & Gwen Stefani’s “Let Met Blow Ya Mind” or G-Unit’s “Poppin’ Them Thangs”), to scoring season-defining singles like Terror Squad’s “Lean Back” or 50 Cent’s “Candy Shop.” Storch was there when the industry embraced the south, working with the likes of Chamillionaire, T.I., Mystikal and Big Boi (2010’s “Shutterbug” being one of his last higher-profile production jobs).

Left to pick up the remains of his professional career, today Storch seeks the help of a man who can afford to take the risk. Berner operates in a zone of his own, financially independent of success in the rap world, but still caring about quality control. From the sound of it, Bern didn’t ask the fallen star producer to search his harddrive for hits that never were. Neither was the goal to chase the latest sounds, or to hook up a prominent feature. Berner got the latter covered anyway, the guest list this time including Pusha T, Wiz Khalifa, The Game, Snoop Dogg and E-40.

Like with all serious start-up couples, the focus here is on the collaboration between two artists, and it should be, because to get something out of the unique constellation was clearly the initial purpose of a Berner album exclusively produced by Scott Storch. And so, according to the rapper’s liner notes, each tune here was built from scratch. After two characters plot to sidestep Berner in some business matter in the “Intro,” “G.R.E.E.D.” opens the album as a sort of cooled off version of “Still D.R.E.,” a clear piano leading through a track that doesn’t get overly enthusiastic. It’s bubbling but not boiling and quite apt for Bern’s modest gangster talk. Anchored by a Wu-Tang Clan reference (“C.R.E.A.M.”) and sounding like a Mr. Green beat for Pacewon, you can pick out Storch’s intention to not deny his East Coast roots, on this particular track at least. The following “Pressure” jumps into another time zone and time frame, the beat building up as if a modern electronic/emo pop drop is waiting to happen. It doesn’t happen, of course, because the song is all about “Bay boy” Berner being able to withstand pressure. He shows and proves, from the opening line “Summertime in my city, white fur coats” to these competent couplets:

“Drug traffickin’, I was young packagin’
I got dumb rich, burner phones, dummy addresses
And we still stash cash up in the mattresses
I’m sittin’ on a batch at the house that I just have to flip
I remember when we had to ship
And now we send them 18-wheeler trucks on the road after 6
And I got cash to get, and I ain’t never asked for shit
I make a call, run a plan, burn a track and slip”

Contemporary sounds also shroud “Wait For It,” guest Game being a good fit for the ghostly atmosphere as Berner plays off old school credentials: “Bring the Bay back, I’m in my Maybach / I’m in the O where they learned how to make crack (…) I was sellin’ coke freestylin’ on a 8-track.” Staying true to Scott Storch’s keyboard roots (no pun intended), a piano also leads the way in “Loose Lips,” but the rhythm section consists of modern snaps and clacks. “Noid” drifts towards the earlier years of the new century with a stereotypical ‘symphonic’ hip-hop bassline and strings, as usual suspects Devin and Snoop share their extensive smoker experiences.

What follows is a segment that could be labeled the album’s 15 Minutes for the Bay, starting with “Gettin’ It,” a nod to Too $hort that finds inspiration in his 1996 song by the same name – including the Bootsy Collins interpolation. “Play Your Roll” involves Ty Dolla $ign in a bumpy, bare-bone Bay étude. While “Flex” enters DJ Muggs et al. (as in The Alchemist, for example) territory with Moog chords, “Busy Body” returns to the heart of the Bay Area with cameos from Too $hort and E-40 over solidly smooth pop funk. “Last Year” works the same angle, yet sonically slightly updated, in tune with the Trey Songz and Wiz Khalifa features. “Big Bags,” probably Storch’s closest convergence to local customs, combines a bumbling bassline and crystalline keys.

As is par for the course, “The Big Pescado” doesn’t provide much in the way of excitement. This fish cruises mostly calm waters musically (and lyrically), and has found a fully reliable navigator in Scott Storch. The album contains a number of routine jobs (that wouldn’t necessarily have needed such top-level input), but ultimately finds a happy medium between varied and cohesive, complete with an archetypical wistful slash triumphant closer called “Blind to the Bullshit.” Berner’s pleasant voice today approximates an on-point flow and even here isn’t eclipsed by the production. He is able to portion his basic range, at least temporarily, into specialized songs, see “Loose Lips” with matching accomplices Pusha T and Conway. As for Scott Storch, two decades after hooking up with Dre nothing on “The Big Pescado” suggests he’ll dominate the airwaves again anytime soon, but in a game that is all about opportunities, Berner just provided him with one.