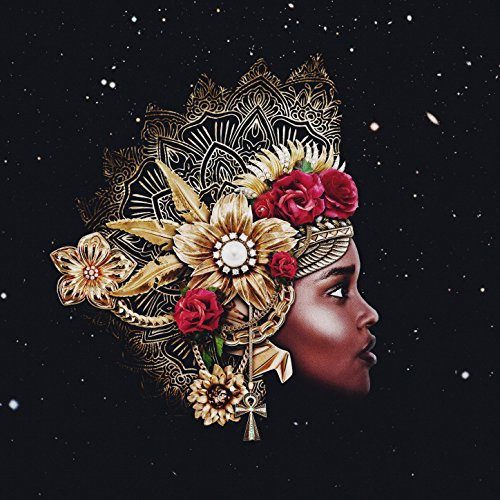 At times the artists who grace these pages are so obscure to me that I can only look through the reader’s eyes and think we must be sharing the same thought: “Now who the hell is THIS?” That’s why I share snippets from the press kit where applicable. You might as well glean what little insight I did into an artist in the exact same way I did. I can’t think of any other way you’d learn about OBUXUM. If you Google her name that just takes you straight back to the Bandcamp where you can listen to or download the “H.E.R” album. I struggled a little to make that a coherent sentence because OBUXUM is feminine, and typing “her H.E.R album” looked and sounded terrible. Obviously though it’s her intent to make “H.E.R” more memorable by creating that cognitive association, especially given we’ve been using it as an acronym meaning (among other things) “Hip-Hop in its Essence is Real” as first coined by Common back in the 1990’s.

Anyway here’s what URBNET had to say about their newest artist in order to end all the her/H.E.R. confusion. “OBUXUM is a Toronto based Somali-Canadian producer and beat maker, whose lush and characteristic sound celebrates story telling. She has made her presence known with notable festival performances at Wavelength Festival, Kazoo! Fest, Electric Eclectics, and Venus Fest. OBUXUM’s latest EP, H.E.R., released via URBNET in 2018, embodies her inspirations and reflections, to the feel of a rhythmic pulse. She tells her un-silenced story of what it is to navigate this world as a Somali-Canadian womxn.” The vowel missing in “womxn” is not a typo. That’s intentional. Somewhere along the line in recent times that’s become a really “cool” thing to do all over again. I remember “l337 5p3Ak” being all the rage for a while in internet chat groups, back when our memes were “all your base are belong to us” and “YATTA!” Yes – the dankest of dank memes. These days it’s substituting consonants for vowels instead of numbers for letters but it’s the really the same thing. Let’s get back to OBUXUM. How do you even pronounce that anyway? Oh-buck-sum? Aw-books-em? I have no idea.

I can hear some familiar hip-hop sounds in “HE (R) STORY,” particularly in the sharp percussive drumbeat and a quick inversion which almost sounds like a deejay spinning the beat backward. As I delve a little deeper into the short tracks on “H.E.R” though I can see why NOW Magazine referred to her as one of “Toronto’s electronic musicians to watch in 2018.” I also dig the Eartha Kitt sample she worked in at the end of the song, although she modified the vocal pitch so much that I at first thought it was Marina Sirtis.

Her Toronto affiliations are made clear by “THE 6IX GODDESS,” as is her love for ambient electronic sound and instrumentation. You could loop these (short) beats and spin them at a club, but I don’t know that I could see someone rapping over them. Her strong presence of self and feminism is also conveyed through “PU$$Y POWAH” as is her interest in vintage technology on “ZIPP DISKKSS (TO AN ANGEL).”

By the end of the final track “DUNKIN VIBRATIONS” I feel like I’ve been listening to a cross between early 1990’s Nervous Records house/dance twelve inches and modern experimental productions like The Internet, though with less hip-hop emphasis than the latter. If anything it feels like this is an experiment by URBNET themselves to branch a little further away from the hip-hop releases they are largely known for and push the boundaries a little bit. I can see that and I can see what OBUXUM is going for but I must regretfully say this is a little bit of a “miss” for me. When I’m sent instrumental releases, beat tapes, or producer demos I look for a headnod feel, incredible layering techniques, expert sample manipulation and the ability to draw me into a world with sound alone and no words. OBUXUM is clearly talented yet does none of these things for me. I blame myself for being the wrong audience for her work and not “H.E.R” at all.