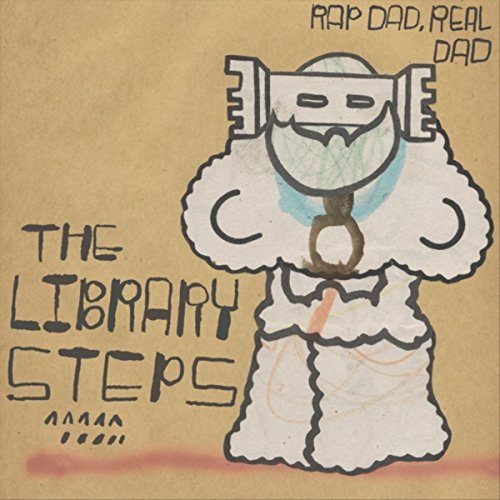 Hailing from the Backburner crew that includes Fresh Kils and Timbuktu among many others, Jesse Dangerously has been described as everything from a “Halifax rap legend” to a “nerdcore emcee” among other things. I don’t know which descriptor suits him the best but I DO know that he’s one half of The Library Steps, a new group he formed with producer Ambition. What’s with that odd group name though? Well I’ll let their publicist Thomas explain.

“The duo is named in remembrance of the now demolished stone stairs of the Halifax Memorial Library entrance, where among a loose and ragtag assortment of the city’s rappers they would gather across generations every Friday as the doors locked,to freestyle, beatbox, and play tapes in a cipher called Public Rhyme Distribution.”

Perhaps “Halifax rap legend” is actually the title that fits Jesse Dangerously best then. One gets the impression he’s been part of the scene since whenever people first started to take note of the fact there actually was one in Halifax, Nova Scotia. Anyway this duo named in memory of a local landmark now gone has produced a 44 minute album entitled “Rap Dad, Real Dad” which may be just as puzzling as their group name to the uninitiated. I don’t think I need Thomas for this one though. I’m guessing it’s a play on the book titled Rich Dad Poor Dad which alleged to teach financial wisdom through a series of parables and life lessons, and it’s perhaps a good coincidence I was listening to the song “Years” as I wrote these words and heard the words “save for retirement” rapped in my ear.

It’s better understood as a dual identity though, because “Rap Dad” is the one who rocks the mic at local shows and put out albums through Hand’Solo, while “Real Dad” is the one who pushes his kids on the swing and makes their PB&J sandwiches. I’m sure plenty of the guest stars on “Rap Dad, Real Dad” can relate to this conundrum – being cool for an audience and anything BUT cool at home. There’s no shortage of them spread throughout this CD/download from Robo Robb and Eddie Quotez on “G.I.R.L. Guide Cookies” to Thesis Sahib on “To Friend Too Fortunate” to a large contingent of the Backburner crew including More or Les and Wordburglar on the creepy track “Nothin Fri3ndly.”

The “nerdcore” part is brought back into the discussion by the album’s finale “[A,Z]A+[A,Z]B+[A,Z]C to Infinity.” Intentionally or otherwise I also find it to be the smoothest produced song of the entire release. It’s got a very dope bassline and a smooth loop that fades in and out behind the bars, rising to crescendoes and receding with the tide behind the waves of drums and lyrics. You should actually flip the order of the album around and play this one to start your journey off.

After a little under an hour of Jesse Dangerously and Ambition’s joint effort I’m pleased to say they are a good combination. That probably comes as no surprise to anybody who knows Backburners or is familiar with their work, as they seem to gel well in various combinations as one big extended hip-hop family. At the end of it all I find myself asking a rather unfortunate question: “What’s the end goal here?” I get that anybody who knows Dangerously will appreciate his new project, and that anybody who knows the Halifax scene specifically or Canadian rap in general will appreciate their collective collaborations, but all I can picture in my head is touring from one small club to the next selling copies direct to the people in the audience along with some t-shirts and other swag. Far be it from me to claim that every rap album has to change the game, but this doesn’t. It’s good. I don’t hate anything about it. I’m also not sure how much shelf life it has for me personally. I might replay the whole thing once and a few tracks like “[A,Z]” multiple times but a year from now it’ll just gather dust. That undoubtedly sounds more offensive than I mean it to be so if you have $15 pick up a limited edition cassette or for a few bucks less grab their digital download.