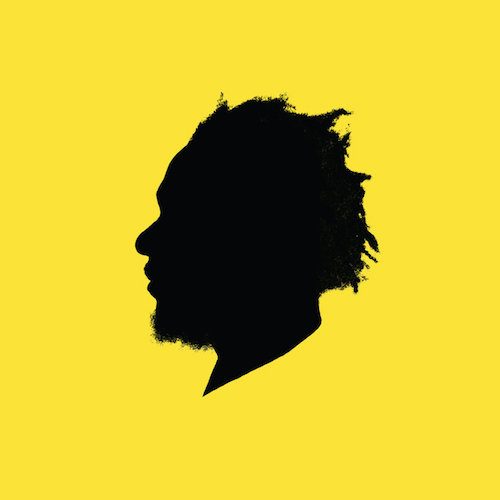 Okay this one is just f—ing weird.

Mello Music Group announced that underground Detroit hip-hop rapper Denmark Vessey would be dropping two projects simultaneously on April 20th (smoke ’em if you got ’em). The first would be an EP produced by Earl Sweatshirt & Knxwledge, and the second would be a beat tape produced entirely by Denmark. Almost a month after the release date, they sent out an update saying that the vinyl version of “Sun Go Nova” was hitting record stores, and to celebrate that release they’d be giving away the beat tape for a week. That was more than 10 days ago and as of right now it appears to still be available for free so perhaps they decided to extend the offer.

That’s not the weird part.

“For lack of a better word, it’s alternative and left-field. It’s not light substance-wise, but light in that I want people to think of it as a treat, a little instance of coolness, a flash in the moment but not to be forgotten.” – Denmark Vessey

It’s not clear if he was talking about the EP or the beat tape, but if he was talking about the latter it would certainly fit. First of all the beat tape doesn’t come segmented into individual tracks – it’s one long MP3 crammed together into a large file. Large in size for a MP3 perhaps, but not large in size for a beat tape — this entire thing is only 10:20 long. In fact you could hit play and listen to it below and be done with the whole thing after reading a review or two on the site. Go ‘head and do that if you like.

Second of all beat tapes are usually presented as individual ideas of what a producer can do or is capable of. Sometimes it’s just to show off, sometimes it’s to build your reputation, and sometimes it’s to showcase your work to potential clients. I’m not sure the “Sun Go Nova Beat Tape” can do any of those things. It’s not that there aren’t some individually dope beats within this ten minutes, but there’s a general feeling that Denmark was just f—ing around. For example – he decided to chop up Wu-Tang Clan’s “Tearz (After the Laughter)” and make a couple of notes from the intro a beat unto itself. As a proof of concept it works. It doesn’t prove Denmark to me though – it just makes me want to go listen to “Enter the Wu-Tang” instead.

It seems as though Denmark has a theme when you listen to “Sun Go Nova” but I’m struggling to piece it together. He’s got snippets of Hasan Minhaj doing stand-up comedy at last year’s White House Correspondents Dinner, and comedian Marc Maron talking about “avoiding the soul death of the day job.” At first I thought this was a clever idea – taking two completely different comics and splicing them together into an audio whole – and then all of a sudden it jumps to a porno with some guy bragging about being the man while his lover expresses concern that the front door isn’t locked. What now? And then it gets REALLY weird. The spliced up tape is suddenly getting bunched up in the reel to reel player. The sound quality warbles, speeds up, slows down, and the audio cuts in and out seemingly at random.

As the sound of the claves from “Player’s Anthem” by Junior M.A.F.I.A. echo into the void (or at least a pair of claves sounding just like them) and the erstwhile tape takes yet another twist and turn as I listen for the fifth time, I throw my hands up in defeat and admit that I’ve lost the plot entirely. I suspect the actual rap album produced by Earl Sweatshirt & Knxwledge was great, but unfortunately that wasn’t the one being given away for free. The saying “you get what you pay for” could apply but then again reviewers tend to get most albums for free and usually more than we could ever hope to listen to (or even want to) in a lifetime. I specifically chose to download this one off of Denmark’s reputation and was only left puzzled and confused. Since this “Beat Tape” is so weird I’m going to do something equally weird – I’m NOT going to score it. I can’t give this a score because it’s not an album, it’s not a beat tape, it’s almost not even recognizable as music. Calling it “bad” is incorrect because I actually did enjoy the challenge of listening to it, but it’s definitely a challenge, and it doesn’t fit into our rating scale in any way. If we had a category for “weirdo s–t” it’d get a 10 out of 10 for that.