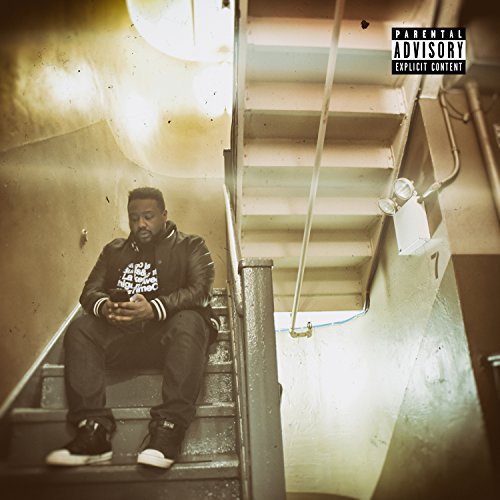 Phonte :: No News Is Good News

Phonte Coleman was always the more heralded lyricist of the now-defunct hip-hop trio Little Brother. With rhymes consisting of battle raps or introspective tales, the one constant within those extremes was his incisive cleverness. Along with Rapper Big Pooh and producer 9th Wonder, the North Carolina three-piece were grinding hard in the indie hip-hop circuit for years before being offered a deal with Atlantic Records and subsequently signing with them. However, being signed to a major label that didn’t truly understand hip-hop resulted in the group being dropped after releasing an album that was a critical darling, but a commercial belly-flop. A few years later, the trio split amicably after releasing a fourth and final album in 2010. The point with that background information is this: Phonte is a grizzled veteran of the record industry, and it only served to add both realism and cynicism to his already biting sense of humor. A testament to this are the opening lines of his 2010 solo debut, “Charity Starts At Home”, in which he begins with, “I do this all for hip-hop!” and then shifts to “I’m lying like shit. I do this shit for my god damn mortgage, nigga. For my bills.” An elitist underground rap fan may eagerly take offense to that line and quickly label Tay a sell-out without even considering the wit of the message he was trying to convey: Rappers, even the best ones, struggle just like everyone else does. A theme that he’s continued on his sophomore album, “No News Is Good News.”

The title is an ironic statement concerning the unreliable condition of current information and gossip. There’s an infomercial sample later on the album which states that “you’re only as old as your ability to process new information.” It’s also worth noting that this is Phonte’s first solo effort in which he’s completely shed his Little Brother skin. There are no reunions with 9th or Pooh, and there are no Justus League features either. Guest appearances notwithstanding, this 10-track album is all Phontigga. As far as his raps go, the man has bars no matter what production he lays his vocals over. The short opener, “To the Rescue”, has an upbeat gospel feel courtesy of DJ Harrison, especially with the repetitive “Tigallo to the rescue” line. But then, there’s a complete 180° on the next track, “So Help Me God”. Produced by Marco Polo, the ferocity of the hard snares and the piano sample amplify Phonte’s own ferocity on the mic. His wordplay and pop culture-referencing punchlines on this track make its hook (“So help me God, I murder you niggas”) very believable. Come to think of it, my written praise doesn’t do the song justice. Check it out for yourselves:

As a North Carolinian, Phonte hails from a region that’s within the perimeter of American’s Bible Belt. As such, “Pastor Tigallo” is tinged with a church theme. By playing the part of a rap pastor, Phonte blesses listeners with three verses, although only the first is in sync with the title. The outro is a eulogy of sorts to rappers who passed away earlier due to health issues, which is a lead-in to the cleverly-titled “Expensive Genes”. A lyrical meditation on the common health problems of the Black community, Phonte critiques and examines the habits that lead to his people’s low life expectancy. Though shorter than two minutes, it’s enough time to make his points over Nottz Raw’s lush production:

Continuing the theme of ailment, he applies it to the dynamics of the Black family on the single “Cry No More”. Detroit producer Illingsworth creates a sorrowful piano-based beat with handclap snares for Phonte to explore dealing with parental death and preparing for it. As a father himself, Phonte has gained insight into the difficulties of parenthood, especially after burying his own father as the lyrics describe. Though it’s a touchy subject, Tay manages to throw in some ironic humor (“They ask me where I been, dog I been rebuilding with my wiz and children / Put my pops in the ground, then hit the repast and ate the same shit that killed him”). Unlike his debut, “No News Is Good News” is mostly bereft of rap features. Mostly, that is. Freddie Gibbs makes an appearance on “Change of Mind”. Phonte employs R&B vocals for the hook and his verses while leaving Gibbs with the track’s official rapping duties.

The only con I have for this album is its duration. 10 tracks totaling at 34 minutes leaves more to be desired for, especially from an emcee of Phonte’s caliber. He may not ever achieve the commercial heights that the quality of his music warrants, but Phonte remains an emcee’s emcee. He’s made a name for himself with the sharp awareness he brings to his show-stealing verses, and “No News Is Good News” prompts listeners to recall why he’s endured as one of underground hip-hop’s most outshining talents.