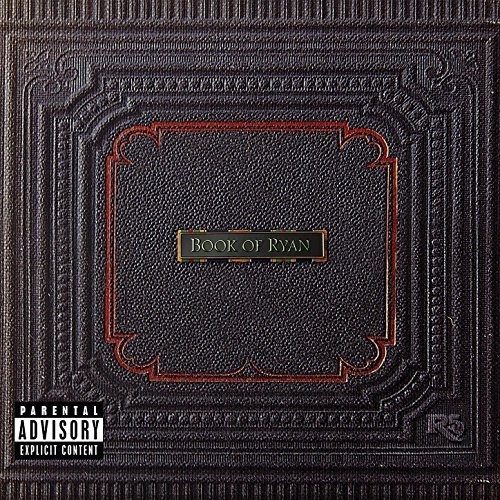 Detroit’s Royce Da 5’9″ has a reputation for being a prolific lyricist. It’s been established that it doesn’t matter whether he’s solo or part of a group, or even whether he’s indie or signed to a major label. The man’s dedication to hip-hop lyricism is always evident no matter which route he’s traveling. Considering just how plentiful his lyrical output has been in the 20-plus years he’s been in the game, the title of his seventh solo album, “Book of Ryan”, sounds as though it may be a scrapbook of rhymes. While it *is* a scrapbook (the CD packaging and liner notes follow that theme), it’s not simply about rhymes. “Book of Ryan” is a personal album, one born from the kind of moment of clarity that only comes from sobriety. For the most part, he takes the listener on a journey to a time before he became Royce Da 5’9″, back when he was just Ryan Montgomery. The scrapbook imagery goes with the album’s concept, which is mainly a look at Ryan’s relationship to his family, particularly with his father and then juxtaposing it with his present-day trials he himself faces as a father.

The first song, “Woke”, shows that sobriety hasn’t dulled Royce’s wit and penchant for polysyllablic rhyme schemes (“Thots used to call me tar baby, cops taught me that I’d be worthless / Mama gave birth to only one dark child like Rodney Jerkins”). The Egyptian greeting of “hotep” is repeatedly used throughout the song, symbolizing his clearheaded state of mind. He attributes his recovery from addition and alcohol to fellow Detroit emcee and lifelong friend, Eminem. Featured on the song, “Caterpillar”, Slim Shady shows that he keeps his wordplay and flow sharp. Though in recent years, both sometimes sound forced from him, that isn’t the case here. Also, the bonus edition of the album contains a “Caterpillar” remix. It’s the same beat, the same verses from Royce and King Green, only Maryland emcee Logic replaces Eminem’s verse with one of his own. Logic held his own, but started to derail once he went into his frequent addressing of his mixed-race heritage. In comparison, the original was better:

The album contains several skits which examine the relationship between father and son and the role that addiction played in it. “Who Are You (skit)” is a spoken word dialogue where the concept takes place. Royce’s own son, James, is included and it reminds me of the father-son conversation that took place in the ending scene of the 2012 movie “Flight”. “Cocaine” is a first-person narrative from Royce’s childhood about his father’s drug abuse. DJ Khalil produced the beat and, along with some scratched-in vocal samples, Royce emphasizes “cocaine” with an attempt at melodic singing. Nikki Grier sings the hook with atmospheric vocals. The walk down memory lane continues on “Life Is Fair”, a childhood summer memory which the lyrics describe as a lesson about karma. The single “Boblo Boat” (featuring J. Cole) brings that walk to a halt. Produced by 808-Ray and Cool & Dre, they use a familiar Michal Urbaniak sample to show a happy boyhood memory. Royce now views that memory in a new context, questioning whether his coming of age (experimenting with sex, drugs, and alcohol) brought out his addiction later in life. The song has more of a darker connotation considering the famous Detroit Boblo Boat was later destroyed. J. Cole’s verse also consists of “thinking about dumb days”, but doesn’t outshine Royce’s. Stand-up comedian Cedric the Entertainer is also featured, doing his own rendition of Mister Señor Love Daddy from Spike Lee’s 1989 film “Do The Right Thing”:

The album continues on and delves into some braggadocio rap. “Legendary” is the one track that stands out solely because of the beat, which is provided by Denaun Porter. The playful use of the keys and reversed drum pattern made it more interesting than the lyrics, even with Royce’s seasoned skill set. The !llmind-produced “Still Woke” has a soulful sound and is filled with more wordplay boasts than “Woke”. The posse cut “Summer on Lock” features Pusha T, Jadakiss, Fabolous and Agent Sasco. Produced by StreetRunner and Tarik Azzouz, each emcee invokes the concept of summer as a means of expressing dominance, however it’s Fabolous who steals the show with his references:

“See that’s flyest nigga living shit, look over the river shit
She say I’m a asshole, how, when I don’t give a shit?
It’s play money, my son think the foreign a toy
That’s why the family gon’ ball like Lavar and his boys […]
Respect ain’t earned twice, once you lose it, it’s gone
And it’s lame when your money right but you using it wrong
Shout to niggas coming home this summer, the juice back
Screaming OJ shootin’ craps, brought the tre deuce back, yeah”

Melanie Rutherford provides the hook for “Amazing” and the song itself reminds me of “Jenny From the Block”, only here Royce is still “Ryan from Morrow”. “First of the Month” flips the concept of the classic Bone Thugs-N-Harmony song and includes T-Pain with his Autotuned crooning. Royce is no stranger to attention to detail in his lyrics, and the song “Power” is no exception. Boi-1da produced it with some hard drums laying the musical foundation. Lyrically, this is perhaps the most personal song on “Book of Ryan”. Playing different members of his family, Royce provides an autobiographical holiday story about his father’s harrowing drug abuse and how it affected him and his siblings. The end of the track indicates that the song was more than just release therapy, it was about gaining “Power” from the past.

“Book of Ryan” is about Royce preserving and arranging his family history with a levelheadedness that lets him view it with softer eyes. Lyrically, Royce is an emcee who doesn’t disappoint and is continually sought after for his talent at crafting bars. By providing a cinematic narrative throughout, Royce proves that he is more than a one-trick-pony witty lyricist. He’s introspective and not afraid of laying down confessional lyrics.