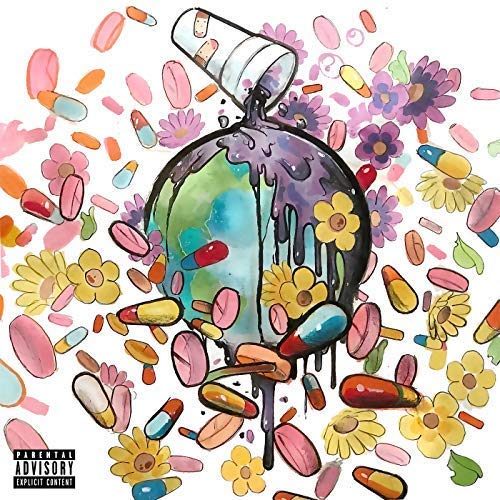 I can’t get in the car and turn on the radio any more without hearing Juice WRLD’s “Lucid Dreams.” The first time I heard it I immediately thought of Sting’s “Shape of My Heart” which of course it samples from, but producer Mira is hardly the first in rap to jack it — everybody from Nas to Pastor Troy has done it at least once. I’m stretching the definition of “rap” in that sentence though because nothing Juice WRLD does in the song sounds like rapping to me. He croons and wails about how he had his heart broken and how he still sees visions of his love in the song’s titular dreams, and in “lucid” dreams you can actually interact with and control the dream’s environment to some extent because you’ve actually realized it’s just a dream.

Jarad Higgins may feel like he’s living in such a scenario right now, since he’s already experienced more at only 19 than most people do in an entire lifetime. He quickly rose from mixtape artist who recorded songs for Soundcloud on his cell phone to signing a three million dollar record deal with Interscope and having a viral video distributed by Lyrical Lemonade that as of this writing has been viewed over 200 MILLION TIMES. At the pace he’s going he could blow past Psy’s “Gangnam Style” before long. This success has led to everybody and their momma wanting to work with him, collaborate with him, do remixes for him, and record albums with him.

“Wrld On Drugs” may be the biggest to date, an entire album co-starring Atlanta phenom Future, a rapper who exploded onto the scene just as quickly as Juice back in the early 2010’s and who has since spawned dozens upon dozens of imitators of his style and sound. Some might even argue that “Lucid Dreams” was a reinterpretation of trap style taken to the furthest extent where “rapping” seems to be secondary to tuned up studio vocal manipulation. It sometimes feels like this is what the entire “Rap Wrld” is turning into — one long mixtape that’s been produced and distributed by Schmoyoho. Hip-Hop in the late 2010’s just seems to want to “Songify” everything. “Transformer” featuring Nicki Minaj from “Wrld On Drugs” is the perfect example of this phenomenon.

Getting cameos of Nicki’s caliber for this album was not a problem given Juice’s rapid ascent and Future’s already established clout. You can find Lil Wayne on “Oxy,” Young Thug on “Red Bentley” and Gunna on “Ain’t Livin Right” to name a few. The fastest rising song from the album though features no guest appearances, though the fact it’s produced by “Wheezy” might confuse you. Just to clarify — Lil Wayne is Dwayne Carter, while the “Wheezy” here is actually producer Wesley Glass. Anyway here’s a taste of their songified duet, clocking in at a short two minutes and 22 seconds.

It’s worthwhile to note this album’s title and unapologetic stance about lean use hasn’t gone unnoticed given the recent passing of Mac Miller, though it’s not like this is exactly a new phenomenon. DJ Screw passed away of a codeine overdose way back in 2000, and one of the artists who paid tribute to him most — Pimp C — passed away in almost the exactly same way in 2007. Even within the last year before Mac Miller overdosed Lil Peep was taken too soon, and it has been speculated (though not proven) that many of Lil Wayne’s seizures are related to his enthusiasm for “drank” as well.

Juice WRLD has even gone on record saying he abused drugs all throughout high school. I hate to sound like the old man in the room (even though I am) so I’m just going to say this — if you black out from overdosing on drugs or alcohol or get knocked out with a concussive blow it’s the SAME THING. You are sustaining a brain injury either way and if you’re in your teens your brain and body are both still growing and haven’t fully matured yet. I’m not telling anyone what to do or not to do, only asking everyone to consider the consequences that abusing prescription drugs, codeine and alcohol could have later in life. Who wants to have dementia and short term memory loss in their 30’s and 40’s — if you even make it that long? The people I’ve mentioned in this paragraph can’t be considered examples to emulate — they are tragic warnings of the consequences. You’re only 19 years old Juice so please young’n just slow down a little bit.

As for “Wrld On Drugs” the album falls into the same category as so many mainstream charting rap albums (again using the term “rap” loosely) do these days — it’s aight but it’s not my thing. Do you like lots of bass? “Different” featuring Yung Bans and “No Issue” are guaranteed to vibrate your car. Do you like songs about flossing hard and blowing lots of money? The aforementioned “Red Bentley” and “Make It Back” definitely fit that vibe. Calling a song “Afterlife” feels eerily accurate given the drug abuse issues we’ve discussed, but I can’t say it’s not a catchy DY and Wheezy produced song and comes as close to “rapping” as either of the rappers here do. In fact Wheezy can be largely credit for giving “Wrld On Drugs” a polished and clean sound, save for a few select tracks like “Red Bentley” (produced by Murda Beatz) and “Oxy” (produced by Richie Souf) — other than that Wheezy is in the liner notes over and over again. It can’t help but make me think he could probably just Schmoyoho any two artists and get the same results, but Future’s got that established trap rap style and Juice is that style reincarnated, so if any two people could/should collab’ on it it’s them.