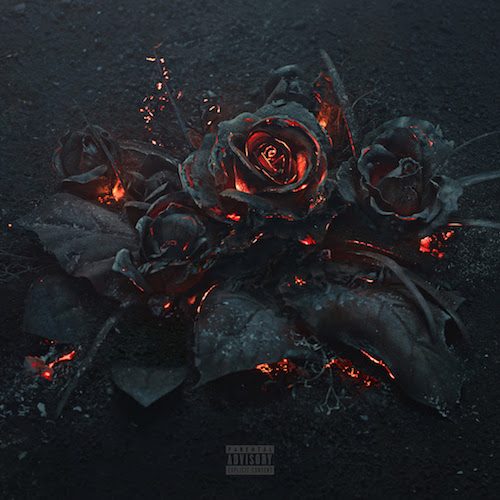 Future’s success over the past 16 or so months is damn near unprecedented in hip-hop and music in general. The Atlanta rapper had a high-profile breakup with singer Ciara, and since then he has been on a hot streak unlike anything we’ve seen in recent years. Things kicked off with his “Monster” mixtape in October of 2014, which showed a vulnerability Future hadn’t displayed on his previous records. Up until that point, he was known for hits like “Turn On the Lights,” “Move That Dope” and “Tony Montana.” His newfound style, at the surface, was sloppy with syrupy vocals over trap production. His hooks were repetitive but undeniably catchy. And his content was drugged-out, but low-key heartbreaking.

Future followed “Monster” with “Beast Mode,” “56 Nights,” “Future: DS2” and the Drake-collab “What a Time to Be Alive” in 2015. It was the most successful year of his career, and he released more enjoyable projects in a single year than many rappers fail to deliver throughout their careers. So how would he respond in 2016? It didn’t take long for fans to see what he had in store for the New Year, as he released “Purple Reign” on Jan. 17. The mixtape was solid and had bangers like “Wicked,” “Drippin’ (How You Luv Dat)” and the title-track, which might be my favorite Future song since “Codeine Crazy.” But when held up to his trilogy of mixtapes (“Moster,” “Beast Mode” and “56 Nights”), it would slightly pale in comparison. He did let fans know that “Purple Reign” was merely a “warm up,” and he would respond with a retail album release called “EVOL” only weeks later.

“EVOL” is Future’s third retail release (“DS2” is considered his third studio album and “What a Time to Be Alive,” while considered a mixtape, was a retail release) in the span of about seven months. It was premiered on DJ Khaled’s We The Best Radio show and is Future’s fourth studio LP. It includes the previously released “Low Life,” which features The Weeknd – the lone guest appearance on the 11-track album. It features production from the usual suspects: Southside, Metro Boomin, TM88 and DJ Spinz. On “EVOL,” Future sticks to what has worked over the past 15 months, but the results are slightly less effective.

“EVOL” has its share of instantly gratifying club bangers. “In Her Mouth” is graphic but quotable; “Maybach” reminds me of “March Madness” in the sense that the whole song sounds like a hook; and “Seven Rings” is as effectively boisterous as anything that appeared on “What a Time to Be Alive.” “EVOL” closes strong as the last two songs on the album are also the best. The Weeknd collab is a standout cut that wouldn’t have been too out of place on “Honest,” but feels more organic than any of the big-name features on that disc. The Weeknd’s appearance is a necessary one, as he is the only featured artist on Future’s last two projects. This album could’ve benefited from additional voices to break up Future’s occasionally monotonous flow. “Fly S*** Only” is probably the best cut on “EVOL.” It sounds like an AC/DC song, but it works somehow.

The swagger and energy are certainly present on “EVOL,” but Future’s engaging emotional baggage seems to be missing entirely. Future’s diehard fans will certainly eat this up and consider it another win in his rapidly expanding catalog. But Future’s casual fans – and general music fans – will come for the production and catchy hooks like they did on previous releases, but there doesn’t seem to be any sneaky depth to these songs that were prevalent on his previous releases. Once again Future is rapping about sex and drugs, but this time he’s not using these things as a form of escapism, and these songs, while fun and catchy, end up sounding very shallow.

What’s been remarkable about Future’s hot streak of mixtape and album releases is not the amount of projects he’s had, but how necessary each release has felt. Chief Keef spews out a mixtape every couple of weeks, but not many people outside of his diehard fan base listen to those songs. Gucci Mane used to release mixtapes more frequently than Future has, but those tapes were rarely in the public eye longer than a couple of days. Each project Future released over the past 16 months has felt wholly necessary. Even if the sound or content didn’t vary much from tape-to-tape, they never once felt disposable. A project like “56 Nights” would stay in rotation for several months after its release, and when “DS2” came out it didn’t replace “56 Nights,” it would just be added to your playlist. “Purple Reign” was the first time during Future’s hot streak, where it felt like some of the music was forgettable. It was a handful of hot songs and a couple of fillers. While “EVOL” seems to be more consistent than “Purple Reign,” it doesn’t quite hold up to his previous releases. “EVOL” leaves you wanting more but not in a good way.