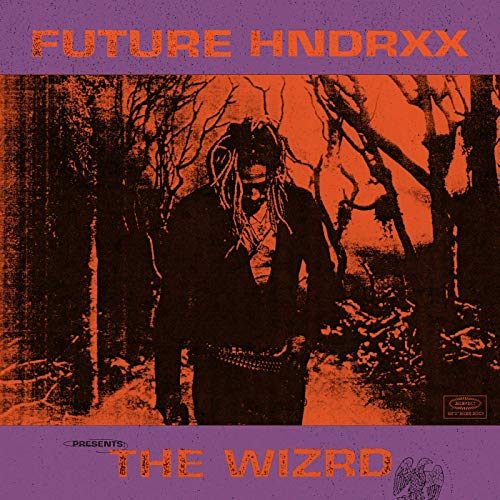 If you’re not a fan of Future’s music you can at the very least respect his hustle. He’s setting a pace that’s hard for his competition to keep up with, with new albums and new collaborations dropping every few months. Not one to limit his ambitions, Nayvadius Wilburn decided this time to drop an album AND a movie at the same time. You could look at “Future Hndrxx Presents The Wizrd” as the soundtrack to that motion picture, or you could look at “The Wizrd” as a film made to promote Future and his new album. There’s no denying that he’s taking the fame and popularity he got this decade and maximizing it to his own benefit artistically and commercially.

“I just put my whole damn arm in the fridge
Ten chains on, Lucky Charms, I’m the s**t
Ten, ten different exotic cars how we slid
Meet me in Chanel in the back, we goin big
I been gettin NBA money Jason Ki-iiiidd
I just charged a whole damn M for a gig” — “Crushed Up”

The Wheezy, Ricky Racks and Matt Cap produced lead single “Crushed Up” is Future in all his glory, basking in the glow of the intense amount of ice he can afford to drip. It’s damn near blinding even without seeing the light reflect off it. It’s an intense amount of flaunting that’s sure to cause envy among fellow emcees and cause fans to label critics of his conspicuous consumption as “jealous haters.” This is the box that music reviewers are locked into when talking about the flossiest of emcees.

As much as Future tries to give the impression that he lives a lavish life with the song’s double entendre that he’s the “fliest nigga in America” there are occasional lines that break through his beautiful facade. He all but admits it’s a show with the line “far from social media happy” on “Krazy But True.” As much as he might enjoy the trappings of his success, Nayvadius is also TRAPPED in a trap music trap of his own design. On “Baptize” he winds up (accidentally or intentionally) fantasizing about a life where he wouldn’t have to floss because EVERYBODY would have his wealth. “Got a Bel Air address, but this money never changed me/I stay next to Uncle Will, but I’m still the same me.” You can feel the yearning to evolve beyond the man who has to constantly brag about having “ice on ice on ice on ice” in his songs.

It’s not the responsibility of the listener to reinvent Future based on his stated or unstated desire for artistic growth though. The impetus is on Nayvadius to find the new dimensions that give him what he craves most. Releasing an album with an accompanying film (or vice versa) is the clearest example of that one can find. Even if the expectations of the audience make it hard for Future to transform, he’s still using visual media to build up Future Hndrxx as something new, combining the titles of two major releases from 2017 and seeing himself as a spiritual successor to Jimi Hendrix. Hopefully he’s not taking that too literally as Jimi overdosed at only 27 years old.

The “codeine waves” that Future talks about surfing on “First Off” with Travis Scott do not give me less reason for concern. As I noted in my “Wrld On Drugs” review, reckless use of lean, syrup, purple stuff or whatever else you want to call it has already caused far too much tragedy among hip-hop artists. If that weren’t depressing enough to consider there’s little call for action among today’s fans who are more than eager to sing along as their favorite artists down “Percocet” after “molly, Percocet.” Talking about this makes me feel like the old-ass man that I am though, trying to tell both the kids listening and the rappers they listen to that they are mixing too many things and probably washing it down with too much alcohol. Please be safe out there.

The overwhelming sense that I get from “The Wizrd” is that all the money, fame and iced out chains in the world don’t truly make Future happy. He can croon and autotune his way through some songs that are easy to ride to while faking it though — the ATL Jacob laced “Rocket Ship,” the Jacob and Jambo co-produced “Stick to the Models,” and the mellow radio friendly “Tricks On Me” from Nineteen85. Future has plenty of swagger and personality, knows all the right producers to take his style and make it sparkle, and has little problem serving his fan base exactly what they want. What I want to know is what does Mr. Hndrxx want? Is this a satisfying way to exercise your artistic muscle, or do you want to put another plate on the bench and do some more lifting? He’s already carrying a heavy load so this may be his limit.