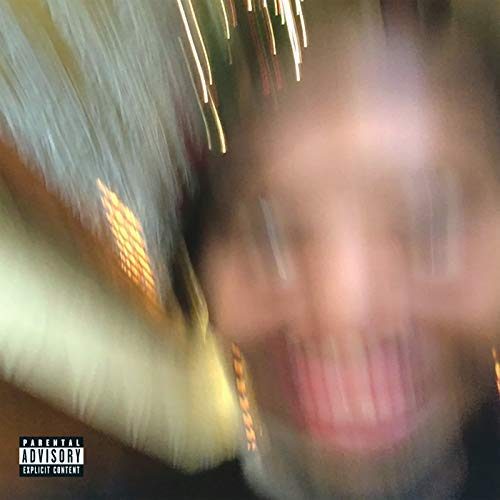 Even though Tyler, The Creator is the acknowledged creator and leader of the extended Odd Future family, Earl Sweatshirt has risen in stature and popularity over the last five years to the point he could stand with Tyler on equal footing. Articles about Earl gush with praise to an effusive degree. He routinely earns accolades like “critically acclaimed” and “hip-hop’s future” alongside descriptors like “mind bending” and “introverted but innovative.” The artist who started his career under the name Sly Tendencies could just as easily have been called SHY Tendencies after his breakthrough album “I Don’t Like Shit, I Don’t Go Outside.” It is in fact these tendencies that in general make the OFWGKTA clique so fascinating – they tend to lay bare their hardships, quirks and anxieties on record while seeming to hold very little back – warts and all. Even the ugliest of truths seem beautiful from Earl or Tyler just because they’re presented with such refreshing authenticity. It is of course entirely possible it’s a more elaborate front than any “studio gangster” ever imagined, but even as a fiction it would still be praiseworthy for the intricacy of its construction.

“Living life like a nigga put a price on my head
… Blessed, this how we on it
If you need it and I want it, better come prepared
Going through it like prayers in the night sky
You look like a chair when you folding up
Hands on like a goalie with the puck
Don’t need any luck
See the ghost of where I was, lonesome as I was” – “Azucar”

“Some Rap Songs” lives up to the title which seems like an obvious statement until you consider just how many “rappers” sing these days. An alternate title would be “Short Rap Songs” and would be just as accurate. Nothing on this album clocks in at longer than 165 seconds but this may just reflect the old “half short and twice strong” mantra Gary Grice made famous. This does make “Nowhere2go” an odd (pun intended) choice for a lead single though. It’s not long enough to do much of anything people like to do while listening to music – dance, drive, fuck – you can’t even make a (good) sandwich that fast. That’s not Earl’s problem though. He’s laying his inner thoughts bare over a beat from Darryl Anthony and Ade Hakim and giving you the chance to relate to him.

“I celebrate with a toast
Brodie, you know if you with me we homebound (homebound)
I need a city to hold down (hold down)
You niggas gave me a coast (yeah)
You went and gave me a cape (cape)
But that never gave me no hope (hope, yeah)
I found a new way to cope
It ain’t no slave in my soul
But I keep the memories close by (close by)
Even when I hit a low”

The short length of “Some Rap Songs” reflect that this is not an album bloated by cameos or guest stars, skits and interludes, and unnecessary filler of all kinds. It’s also a family affair like Sly Stone as both Earl’s father and uncle get posthumous credits for sampled contributions. That musical heritage may also account for why Earl gets the “avant garde” label and embraces it rather than rejecting it. When your immediate family has already tasted the highs and lows of a musical career, it’s simultaneously easy AND hard to follow in their footsteps. On the one hand your name may open doors, and on the other you may feel creatively constrained by the expectations to do what they did or make what they made. Being as different as possible is often the only way to go in such situations. For Earl Sweatshirt that doesn’t feel forced in any way though – he’s just naturally a different kind of emcee.

For those expecting Earl to come back with something longer than “IDLSIDGO” there will be a reaction of shock and disappointment that Earl values his artistic creativity more than his fans. This may sound like I’m rising to Mr. Kgositsile’s defense but really if that bothers you just go ahead and be bothered. I’m not going to stand here and tell you that six minutes less music for the same price (or possibly more) is an acceptable standard. I’m also not going to try and convince you that this isn’t to some degree “arthouse rap for hip-hop nerds.” This is not an album that thumps, drips, bangs, or whips. This is a young man with a lot of heavy thoughts on his mind, and to his good fortune he happens to be able to express them through rap over beats that sustain his flow. It may not be “boom it in your Jeep” music but that doesn’t make it bad – just different. Earl Sweatshirt is different, and in a day where all rappers sound like the same AutoTuned singer, we need more different raps to appreciate.