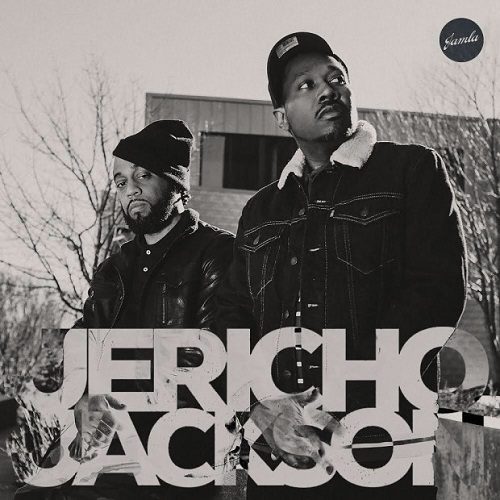 We’ve all heard the term “emcee’s emcee” banded around over the years. The technically gifted, often overlooked lyricists that are appreciated by those in the profession, yet may not be the familiar “Top 10” list candidates fans recognise so readily. Pharoahe Monch, Black Thought and Ras Kass are all emcee’s emcees. Yet who are those guys admiring and poring over? Who is an emcee’s emcees’ emcee?

What Elzhi is doing with the English language seems to be going under a lot of radars. On the one hand, I’m a sucker for wordplay and bars within bars BUT only if it doesn’t detract from the music as a whole. Eminem’s latest had some of the best rhyming in hip hop history, but it didn’t necessarily make it an enjoyable listen. On the other hand, Elzhi’s approachable delivery and airtight flow is never too intense or fast that it feels like you’re being hit over the head with a dictionary. This more intricate style came through most on the impressive “Lead Poison” in 2016, where many felt the production wasn’t up to par. Sure, it didn’t exactly have an Apollo Brown beat you could scuff your timbs to, but that’s not what Elzhi’s about. Understated and layered is his approach and it’s how he pulled off the greatest feat in hip hop history – remaking “Illmatic” and updating its tired, overfamiliar songs for the 2010s. Nobody should be touching the GOAT album and yet, he did. And he knocked it out of the park.

“You either change the way you see things
Or keep poking at a hive and wind up getting bee stings
Cause I was looking up to D Boys pushing Sebrings
A steering wheel and three rings
Keep a bank roll and drop a G-string
We sing they praises when they serving time
If it’s moms who they were serving
Would I think that they deserve a dime?
Let me think, hell no
And that’s off the top like a elbow
That fell low from the turnbuckle”

The alphabet (B-sting, D-Boys, C-Bring, G-String) bars aren’t quite as impressive as Royce Da 5’9’’s “D.I.T.C.” lines from “1 of the Hardest” earlier this year, but I liked the “deserve a dime” line as it alludes to riches (literal dimes) and having a beautiful woman at your side (drug dealers getting “a dime”). The aforementioned conundrum of having understated production is referenced in the third verse, as El ponders whether he should write something heavy to something light.

Lead single “Self Made” is more direct, thanks largely to the cutting horns Khrysis provides. Jewels are scattered throughout: “money talks with a silver tongue”, “create gold bars by pushing lead, call it alchemy”, “y’all brainwashed while my brainwaves are tsunamis”. Seriously, bars upon bars, yet delivered in an immaculate, crisp flow that connects perfectly with each instrumental.

Elzhi rewards his fans with some continued themes from his previous work, even daring to outdo “Two 16s” on the track “Seventeen”. Rather than a morbid tale of two sixteen year olds, Elzhi runs through all the bad things that could happen to a seventeen year old (falling pregnant, being robbed, getting shot) but flips it by sneaking in a positive outcome of each situation. 17-years old, particularly in the UK, is the last year you’re recognised as a child. The track is left open for an “Eighteen” three-quel, particularly with the hook saying “hope you make better decisions when you eighteen/ain’t teen”, reminding us that being eighteen years old doesn’t immediately make you an adult – it might take until your 20s.

Speaking of 20s, “F.R.I.E.N.D.S.” is less an analysis of the iconic American sitcom, and more an excuse to throw down acronyms similar to  2008’s “D.E.M.O.N.S.”. It’s all about placing friendship over faith, or the physical over the spiritual. As much as we want to place our hope and dreams in to God, having a friend you can engage with is unmatched and Elzhi is weary of trusting so-called friends (particularly in this era of “Facebook friends”) when they so often let him down. Fake Relationships Involving Enemies Needing Disguises is probably Elzhi at his most forced, but it’s worth it for the crucifix line, guys, THE CRUCIFIX LINE:

“Times before I was broken completely
If you discretely feel the same but covered your tracks neatly, then eat me
They say what’s in the dark comes to the light, sad
He didn’t make it quite bad and so he might had a screw too loose to fix
Once after getting stoned
I thought how he went behind my back and crossed me, that’s a crucifix”

Talking about loneliness, writing a to-do list and overthinking are all going to connect with anyone battling depression, but it’s the sprinkling of positivity scattered throughout each track that helps lift “Jericho Jackson”. Playfulness returns on “Talkin’ Bout” with Khrysis dropping a verse that only helps to showcase Elzhi. I could spend most of this review quoting lines but half of the potency comes with how the words connect so eloquently that they feel like one long word.

“Breguets” is where Elzhi just goes off. The song isn’t about anything as such, but it deserves its own Top 10 list of bars:

2016’s “Lead Poison” is one of my favourite albums and “Jericho Jackson” doesn’t quite reach the artistic peaks that did, but that was clearly an album written and recorded in deep depression. It was also his most divisive record, so collaborating with Khrysis inherently feels like the safer, more accessible piece of work and therefore is easy to recommend. If you have any interest in the art of emceeing then “Jericho Jackson” is a must-have.