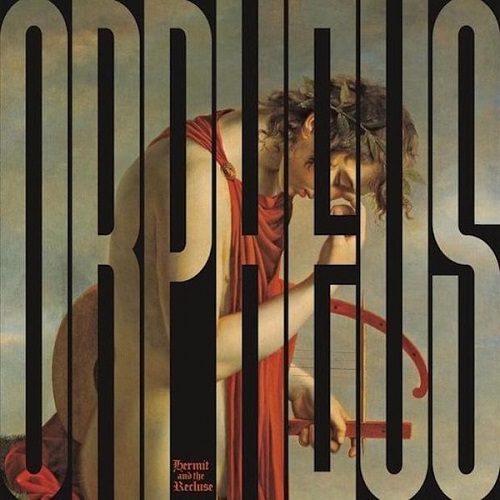 Hermit and the Recluse :: Orpheus Vs. the Sirens

One of the things I love about year-end lists is the opportunity to catch up with things I may have missed. This is especially true in this era of streaming when more hours of music get released every week than you could listen to in a year. One of the things that was not on my radar until it showed up in a few year-end lists was Hermit and the Recluse’s “Orpheus Vs. the Sirens.” It’s a collaboration between Brownsville rapper Ka and producer Animoss that should not be slept on.

I’ve been a fan of Ka’s since I heard his 2013’s “The Night’s Gambit,” although he’s been rapping since the 90s and producing solo albums since the early 2000s. 2016’s “Honor Killed the Samurai” remains one of my favorite recent hip-hop albums. For those not familiar with him, Ka’s specialty is somber NYC street tales over somber beats. He’s got a steady, unhurried flow and raps with surgical precision. He’s got a full-time gig as a fire fighter, which means music is an outlet for expression for him rather than a means to pay the bills. This gives him the freedom to make music the way he wants to rather than trying to appeal to a market. The result might not be everyone’s cup of tea, but it is definitely unique.

Hermit and the Recluse doesn’t stray too far from Ka’s formula of brooding street tales over brooding beats, but it switches things up a little. For one thing, Ka isn’t handling production. Behind the boards is Los Angeles beatmaker Animoss, whose production duties include work with Roc Marciano and Chuck Strangers. Animoss shares Ka’s penchant for cinematic beats, but his drum sounds are much more forward than Ka’s. There’s a lot of solid drums with harpsichords, strings, organs, keyboards, and the occasional guitar. A few songs veer into late 60s psychedelic soul (“Oedipus,” “The Punishment of Sisyphus”). Where Ka’s production tends to strip things down almost to nothing, Animoss’s work is more filled out and head-nodding.

The album sounds all of a piece without becoming monotonous, almost like one song divided into 10 different suites. The theme of the album is juxtaposing NY street life with Greek mythology. Ka has taken metaphorical inspiration from chess and Japanese samurai on previous albums, both themes that have been explored by other rappers. To my knowledge there aren’t any other rap albums built around Greek myths, and it proves fertile creative ground. There is a lot of mythology to hip-hop, so directly connecting the music to actual mythology makes total sense. Track after track he relates drug dealing and crime to Greek mythology. On opener “Sirens” he raps:

“It’s no bull
My lab was in a labyrinth like the Minotaur
Rose from the pavement unaided
Negotiated like a sly fox
I told son, ‘Won’t be fooled by no one,’
Like the Cyclops
The more static
The more tatted
You would have thought yakuza
Large crops or hard rocks
I’s like we all saw Medusa
Till the roar of the silence
We at war with the tyrants
Blocks of outlaws
But all we watch out for is the sirens”

Each song takes some aspect of Greek myth and relates it to the criminal underbelly of New York. On “Atlas” Ka is Atlas with the weight of the world on his shoulders; In “Orpheus” he compares himself to Orpheus; on “The Punishment of Sisyphus” he compares trying to get out of a life of crime to Sisyphus eternally and fruitlessly trying to push a boulder up a hill. Putting grimy New York street crime tales into a Western mythological context gives them a sense of timelessness, and allows them to be heard as something other than just another rap about dealing drugs.

Ka’s street tales feel more grounded than the heightened versions you often get from many rappers (who are, after all, entertainers). He writes with almost a journalistic sharpness, capturing little details to paint stark pictures of desperation, ruthlessness, and what it takes to survive when you have limited options. He raps in a monotone, with little inflection or variance in his delivery. However, “Orpheus Vs. the Sirens” is entrancing, not boring. It captures a sense of dark loneliness, a man confessing his crimes to an anonymous priest at 3 in the morning. As with all of Ka’s work, it is an acquired taste, but if you are at all a fan of grimy East Coast rap, you owe it to yourself to seek this out right now.

Hermit and the Recluse :: Orpheus Vs. the Sirens
8.5Overall Score
Music8.5
Lyrics8.5