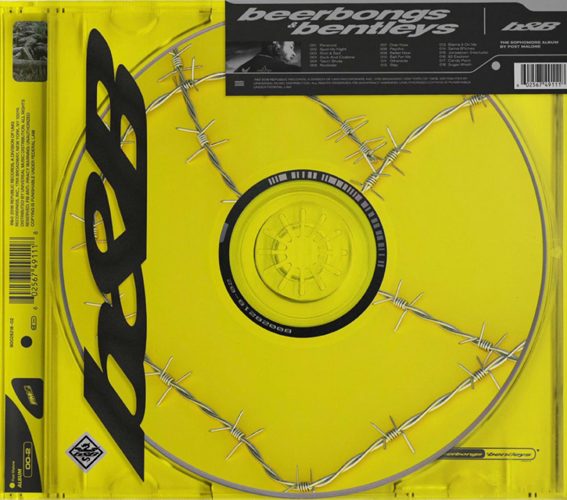 The other week I was working as a contractor at a facility to the sounds of some unattended pop music station broadcast throughout the entire building, the kind that follows you all the way to the bathroom. I happen to be sensitive to being exposed to music without my consent, and I get especially uncomfortable when it’s done with comforting and/or cheerful pop music. Inoffensive music can be highly offensive to a music lover. To be exact, it wasn’t mindless shopping muzak, they were recognizable, vocal tunes from ‘the past 40 years, with an emphasis on melodic, catchy pop music’ (as the station describes its program) that were firmly pop but still covered a relatively broad spectrum. But when the system paused between 10 p.m. and 4 a.m. I quickly accessed a streaming service via my phone and made my way through the Beatnuts catalog. During the course of which I heard Psycho Les describe himself as “anti-pop” twice. To get it straight, that was way back in 1993, and in no way would I today take a general anti-pop stance or expect rappers to follow any such motto.

But the thing about pop as an entertainment philosophy, in a solely commercial manifestation, stripped of any cultural context (that for instance the original pop art had), without being offered a handle to come to grips with the subject, is that it has totalitarian traits. It instantly shuts out a vast number of potential candidates who perhaps merely differ from the desired format by one single factor (too fast, no vocals, foreign language, bass too low, objectionable content, too dissonant, etc.) Pop can be as close to freedom as to fascism. For example, there’s a certain definition of pop music that from our perspective we can only describe as anti-rap, to the point that it is totally out of the picture in a specific program, no matter how well rap has performed commercially and on the charts.

But it goes beyond not even “Men in Black” and “I’ll Be Missing You” finding consideration on certain stations and beyond the notorious absence of hugely successful rap and R&B stars from American Top 40 radio. I’m always bewildered by the fact that rap, historically and habitually, produces so many potential hits that don’t get a realistic chance to cross over into the canon of classic pop tunes alongside the likes of “Blue Suede Shoes”, “When a Man Loves a Woman”, “Surfin’ U.S.A.”, “Let it Be”, “Hotel California” and “Billie Jean”. Rap’s greatest hits are aplenty, but how many envoys from the rap division represent you and me in the guild of the greatest ever pop hits? And it runs through every level of the music business, whether you’re in San Francisco, Brussels or Sydney, the gatekeepers of pop, global to local, do their best to ignore rap.

Returning to The Beatnuts, one of their hits is called “No Escapin’ This”, and to my ears at least it’s as irresistible as any original pop that is not whitewashed by decades of adult contemporary. And that’s not me rooting for rap as some sort of cultural justice warrior, I seriously wonder how the world could blink at near perfect pop tunes that happen to be rapped instead of sung.

Post Malone is a minor character in that discussion. But his success, music and content still make him exemplary. No matter how you looked at it back in 2015, “White Iverson” had the look of a parody. Three years later he’s breaking music business records that involve names like the Beatles. That what once could only be seen as joke or at least a very poor attempt at emulating existing formulas is embraced shortly after and becomes established is, of course, nothing new. Famous music acts went through the same thing. It’s not necessarily an accomplishment for the artist, it’s just the way things go. Some tastes have to be acquired. Avantgarde art has to convince the cerebral cortex, that is to say intellectually (and to a lesser degree aesthetically), popular music has to primarily appeal to the senses. That’s why rap cannot always be pop. Some of it is just too mental, word-heavy, context-laden. Other genres of music can be that as well, but they have an advantage on rap when it comes to, for instance, being sensual and spiritual.

It has been said that a hybrid artist like Post Malone can give you the so-called best of both worlds. But it’s doubtful if the best of both worlds really can be combined in one person. The litmus test is if the new creation that emerges from the clash of individual worlds can stand on its own. At this point in his career the influence that is of interest to us is still material. Malone’s songs borrow their vocabulary from rap and specifically trap. The production pursues a similar lane, triggering our reflexes with, for instance, (what these days is known as) the Young Chop snare. But the exact ingredients are only relevant to the extent that Post Malone is ultimately better off with his rustic emo trap since as a rapper he would be completely unremarkable. Let’s just say rap’s genius hasn’t rubbed off Malone (poor attempts at wordplay only serve as confirmation). His creativity lies in his vocal performance.

Vocally, he’s often fishing for any reactions he might catch, stretching words, extending ranges, warbling tones. He keeps you guessing where he’s going to take the theme next. If the composition of your average pop song can largely be anticipated from beginning to end, many songs on “Beerbongs & Bentleys” have the potential to surprise. Yet as there’s an experimental and improvisational side to his performance, he also constantly brings it around, observing the pop song format. So while he’s seemingly out there hitting notes at random, in reality he has a keen sense for catchiness. These are not tunes that you will get out of your head in a hurry. They are often original signatures, not interchangeable pop melodies. But since it is the very nature of pop to hook you with melodies (and the ideal of an attractive melody steadily changes throughout pop history), Malone is still out there walking the line.

And the fine line is not one for sturdy bearded barbs with a foul mouth to walk. He turns a Disney channel concept (‘The Suite Life of Zack and Cody’) into a bacchanalian ballad (“Zack and Codeine”), going all the way with the sugary melodies to make it go down with kids, the musical equivalent of a flavored nicotine vaporizer. At its worst, “Beerbongs & Bentleys” is for people who have yet to grow up musically. On “Spoil My Night” he and Swae Lee sound like two 15-year olds karaoking to their phones after coming home early in the morning empty-handed and buzz-headed. On “Blame it on Me” the studio trickery is too obvious and he just comes across hokey, managing to sound whiny even when he offers to take the blame. “Takin’ Shots” is more like post-puberty Justin Bieber borrowing ‘rap star’ defiance. When ‘Young Stoney’ babbles about “thee muhfuccas” we’ve reached another low point in cultural appropriation. In case the G-Eazy and YG features on “Same Bitches” are supposed to be a redemptive gesture towards rap, it’s a pitiful and simultaneously pointless gesture.

But the ambitions aren’t that high anyway. As a writer, Post Malone is not trying to be realistic. Words are primarily vocal elements to him, or fashionable accessories that help him come across a certain way. “Beerbongs & Bentleys” is dress up time. There’s ‘writing’, for sure, but when he aims for figurative language, like in “Over Now”, where he promises to “put that bitch pussy in a muthaf–kin’ bodybag” (as a way to say the relationship is truly over), he’s literally begging for a metaphorical beatdown. To his credit, his saving grace is not always the sheer catchiness emerging from his vocal chords. “Rockstar” is a seriously cold song. “Paranoid” has perhaps not cinematic qualities but might slide into a movie score with its existential theme, like, say, a sequel in the ‘Miami Vice’ franchise. Too bad that only Nicki Minaj on “Ball For Me” is able to prompt a rare playful moment.

It’s been almost four years since Post Malone got him some braids and got him some hoes (to quote “White Iverson”). The offensiveness has since been toned down. The guy’s now a less outrageous version of Riff Raff – with less “slab boy” credientials (“Candy Paint” notwithstanding) – and less obnoxious than quite a few other characters that have a finger in the pop/rap pie. By today’s standards, he’s actually paid a little bit of dues. His second album is a musical grab bag offered by a fairly charismatic host who feels comfortable in his skin (no pun intended), heartbreak and drawbacks of fame aside. His success is not exclusively owed to algorithms, in fact the shockingly traditional acoustic six-string strumming of “Stay” reveals how unconventional other parts of the album actually sound. In my personal back-and-forth between the exposure to pop music that is beyond my control and stuff I actually listen to on my own initiative, I won’t be stressed the next time Post Malone comes on in public, but I’ll still wonder what went wrong that I can only get trace elements of rap in the officially sanctioned nutritional regimen.