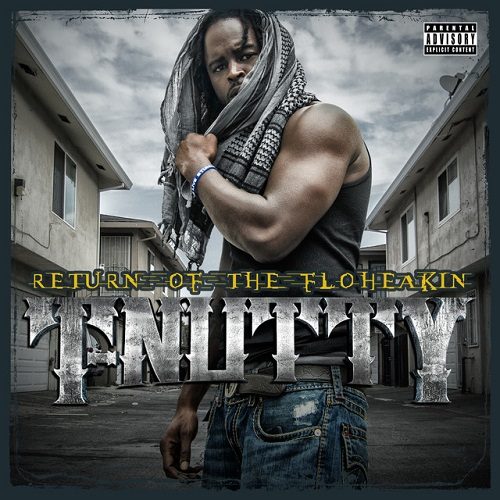 The argument that rappers are actors is almost as old as rap itself. As long as the argument acknowledges that rappers are primarily authors who then act out their stories, it goes a certain way towards a realistic assessment of what is actually going on in rap. At the same time the argument should not be accepted without any reservations to the point that any other interpretation of what’s going on in rap is excluded and the whole thing can be dismissed as pure fiction. Obviously a number of Hollywood careers by rap artists have validated the presumed connection between rapping and acting, especially when they were not merely typecast along the lines of their rap persona. It could essentially be argued that rappers who have demonstrated a certain acting range on screen were probably good actor-rappers in the first place.

But there’s something about us that we can’t efface regardless of the role we play, of the persona we portray. For performing artists that kind of individual essence lies not only in the proportions of their features, the tone of their voice, their body mechanics, but also in the way they perform their art. Human abilities enable us to impersonate specific characters, but at the same time the personality always shines through, in particular in this here artform. Sacramento’s T-Nutty is a well-versed rapper, a man of many parts, but he’s also fundamentally playful. When you hand him a mic he just can’t help himself and starts sputtering things like “It’s the new Nutty / I don’t want nothin’ but blue money / Comin’ out the mud like a dune buggy / Thuggin’ it with my goon buddies”.

More than just the cross total of E-40 and Brotha Lynch Hung, T-Nutty is another creatively steeled Bay Area MC. Which also means that strange sights may occur on his albums. On “Return of the Floheakin” for instance, look out for a dreadlocked Medusa and Laura Winslow lapdancing for Steve Urkel. Meanwhile “Nutty out here roamin’, kill a omen with a spear”. Guess anything can happen once you immerse yourself in Nutty’s “soupy game drippin’ the noodle juice on these roody poos”. But even when what he says sounds funny and is funny, his skill is too sophisticated that his performance could be parodied without great effort.

Referencing his 2003 debut “The Last of the Floheakinz”, his latest pays tribute to that colossal flow that remains one of the quickest and sharpest in today’s rap landscape. Offerings like “Butter Cutter”, “Dragon Slayer” and “Return of the Floheakin” lure you down the rabbit hole (no Eminem), T-Nutty dribbling with syllables at dizzying speeds. It may not have the conversational quality of some of rap’s greatest orators, but it’s typically paced methodically, in order to create meaning. As it happens to many a talented spitter, the music struggles to keep up qualitatively. By-the-numbers production from Legion of Doom, L-Finguz and Kacey Khaliel is not what makes T-Nutty the rapper stand out. He uses a martial arts metaphor to describe his preeminent position: “I’m a nigga that’ll stand out and karate-kick ’em with a roundhouse”. His kung-fu is probably stronger than yours as well.

The focus on rhyming and the forceful flow entail lyrical littering in the form of lines and rhymes to pad out the songs. Nutty’s problem is that MC’s of his potential are instantly held up to higher standards. The title track features a tight rhyming sequence involving ‘Gorilla Glue / killin’ fools / drilling tools / bet ya still’ll lose / swimming pool’ where reason and rhyme actually do combine, but with his last-of-a-dying-breed status, you kinda want him to hit a homerun every time he steps up to the plate.

Still there are few moments on “Return of the Floheakin” that are not vintage T-Nutty. “Cocaine Crazy” is just a bit too conscious of contemporary customs. Unambitious music aside, the album often lives up to the fan-specific expectations. “Dirty” is a ’90s throwback storytelling track (complete with movie quotes) with mentor Lynch Hung on the hook. “Go 4 It” is one of several showcases for the rapper’s ability to switch cadences. “Grave Digger” conjures up the image of a “city on crack, E pills and dirty Sprite” through, of all things, melodic intonation. “It Go Down” sees him navigating between what he had to face in the past (“I’m from the generation where the rap niggas get killed out here”) and what he is faced with now (“All these new thugs / off these new drugs / No more leadership, don’t know what to do, cuz”). Mentioning the murder of beloved rap star The Jacka, “It Go Down” is an all too real reminder that many of our favorite artists are still treading dangerous ground. “These Days” is another variation on the theme, Nutty reflecting on past decisions and current challenges, disclosig insight only a true street veteran will dare articulate. Another show of force is “Mind Control”, framed by the powerful voice of T.D. Jakes. And even outside of these street-wise efforts, T-Nutty makes sure to always plant positive messages, no matter how brief.

Like practically every rap artist T-Nutty is a prisoner of circumstance, of a set of conditions that help him and simultaneously hold him back. But even if you find yourself on the side of the scale where the negatives weigh heavier than the positives, it’s hard to deny the skill. It’s only seemingly perplexing that ‘vintage T-Nutty’ is often fairly traditional rap, in reality it only shows how this artform thrives on the many colorful characters it accomodates, whether they’re rapping, acting, or both.