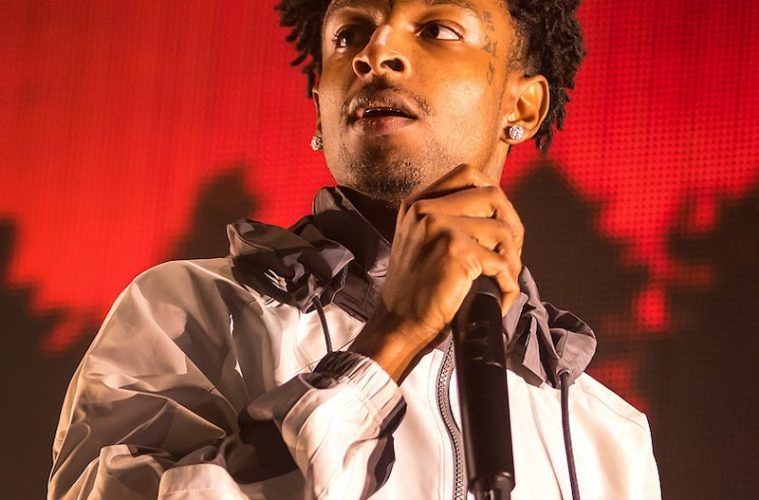 21 Savage just got put on ICE

Two months ago 21 Savage released his second studio album “I Am > I Was.” It was a well timed drop for the young 26-ear-old given his increasing popularity. With little to no competition in December and lead single “A Lot” featuring vocals courtesy of J. Cole and production by DJ Dahi and J. White, Savage was set to blow in a bigger way than ever before. I noted in my review that while his lyrics are occasionally problematic he’s definitely growing as an artist and definitely has the potential to not only be “greater than I was” but to be a rap superstar heading into the next decade.

Unfortunately for Savage the road to greater heights just hit a few bumps. The rapper born Sha Yaa Bin Abraham-Joseph has a big problem in the Trump era – he wasn’t born here at all. Like many of you reading this right now I thought Savage was from Georgia (Stone Mountain, GA ironically) but as it turns out he’s British born and hails from the Newham borough of London. Savage came to the U.S. on a visa in 2005 after his parents were divorced, but like so many “illegal” immigrants into the United States, he simply overstayed his visa when it expired a year later.

In ordinary circumstances it would be easy to say Savage is just being targeted by Immigration and Customs Enforcement (ICE) just because he’s a famous celebrity. You’d certainly be welcome to ask why they never bothered to follow up on his visa status in the last 12+ years before his arrest on Super Bowl Sunday. The timing feels HELLA suspect especially given the mass amount of people who flocked into and out of Atlanta for the game. Didn’t ICE have more important things to do? Unfortunately Savage put a target on his back a long time before now. He was convicted on felony drug charges in 2014, which in and of itself could (and probably should) have led to his deportation. Besides that I’m not going to go into his rap sheet, pun not intended, as some of it may be on his juvenile record while other parts may just be exaggerated.

There’s a unique mixture of outrage, betrayal and disappointment circulating in the air right now. Anger at ICE in the Trump administration era is certainly nothing new. Their heavy handed and questionably legal enforcement tactics have been tacitly approved by a President who is the most blatantly xenophobic and racist so-called “leader” of this country in well over a century. Others may feel Savage has not been forthcoming enough about his background, given that he for all intents and purposes gave the impression he was Zone 6 in his music. For those who are saddened by the fact that another promising hip-hop star seems to have undone his career through self-destructive behavior (again he had a record long before ICE picked him up) that too is a worthy sentiment to hold.

The only thing this situation ISN’T is a joke. It would be easy to pile on Demi Lovato as so many other people already have, but she’s far from the only person whether celebrity or not to be having a laugh at Mr. Abraham-Joseph’s expense. Putting his professional career and legal status aside, Savage also has three children (two sons and a daughter) who will also be without their father if he’s deported. They might be able to go to Britain (or wherever he winds up) to see him, but he’d be barred from entering the United States to see THEM. There’s nothing funny about families being torn apart by violence, ICE, or racial profiling of black and Hispanic males causing them to be a disproportionate percentage of the prison population. I’ll be hoping for a positive outcome for Savage but I’m realistic enough to know that given the current political climate he won’t find any sympathy from the top down — only the bottom up.