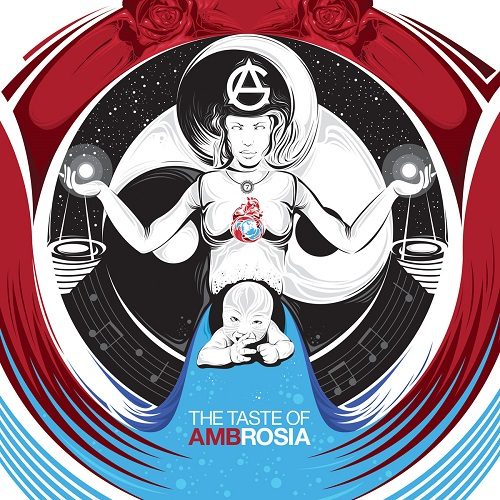 “My homie call me God but he don’t pray to me
You ain’t the man – but you could be
All you gotta say is: ‘I should be’
Look where it took me
Rappers focus on pussy
Used to sling cookies, now they just book me
School of hard knocks, you played hooky
[…]
Bronx is a planet
Forest and Patterson, seeds that were planted
Thanks for the blessing, thank you for the lesson
Take two for the verses
For Heavy D, delete the curses
And life is only empty when you don’t know your purpose”

If you possess a gift that accompanies you all your life, you have two options – let it rust or refine it. Chances are that you, dear reader, understand that statement in a primarily technical sense. But when it comes to the maturation of an MC, there’s more to it. Skills don’t necessarily become sharper over time, but they can become more sublime. A philosophical dimension can envelop an artist’s style and take it to a whole other level.

A veteran of 30 years on the mic, Andre the Giant has lined up a basic language that helps him address universal topics. Neither wordplay, references, nor rhyme patterns are out of the ordinary, but A.G. dispenses his bars in a way that they seem like words of wisdom. In 2012, he was an entry in Complex.com’s ‘The 50 Most Slept-On Rappers Of All Time’, at number 35 (in the random company of Peedi Crakk and Killarmy), but all they singled him out for was being unapologetically New York in style and attitude, backhandedly complimenting “his myopic worldview”. With all due respect to Complex and its often informative rap/hip-hop lists, wouldn’t it take some extra awareness to determine why someone shouldn’t be slept on?

That much is true – A.G. can be his own worst enemy. Rhymes are a constant distraction for this rapper who can hold a thought for only so long. He’s no match for Guru when it comes to putting elementary facts into a rock-solid rap realm. And he’s no Killah Priest in terms of populating his intellectual world with the spiritual and supernatural. But he does have these qualities in the most understated but all the more credible manner. Ever so often he hits the nail on the proverbial head. He’s part of a relatively exclusive circle of senior rappers who are able vindicate more than just their own selves. Although he’s evidently burdened by a minor messiah complex and the title “The Taste of AMBrosia” turns out to be self-referential as the capitalized three-letter acronym stands for Andre M. Barnes, A.G. is a giver, not a taker.

The album starts with an extended quote in French, a voice recalling the eve of the historic uprising of African slaves in Saint-Domingue, setting up “Night of Fire”. A.’s opening bars “Tonight’s the night we set fire to the chains / incinerate the pain, burn away the shame”, delivered in a most calm and collected manner, set the tone, and although the imagery doesn’t maintain that level, there are still memorable phrasings like “Blood from the sugar canes / Real-life Hunger Games” or “Heavy metal with a ghetto blaster”. The whole thing is set to a deluxe beat by producer The Last Genius, which quickly brings us to the most remarkable aspect of A.G.’s 2018 album – the production is often excellent and elevates what is said.

Alchemist gets mythical on “Everything Is Backwards”, The Bossmen conjure up a “Magical World” with serenely harmonizing wind instruments and vocals, Amed Harris manages to match A.G. with a true-blue pop track on “Losing My Mind”, Chuck Platinum clashes the classic sounds of Just Blaze and 4th Disciple on “Fort Apache”, Ray West provides guest Diamond D with the opportunity to make up for his lackluster beat for “What You Talking Bout” on “The Bronx”, begging the question why as a producer Diamond nowadays rarely musters the same punch as he does as a rapper:

“The home of the holy trinity – Flash, Bam and Herc
We punch clowns in the face – CRASH! BAM! It hurts
Where snitches always wind up in a jam and murked
We generals over here, no man’s a skirt
The fiends walk around like it’s Transylvania
But the backdrop is Morrisania
A matrix of soldiers and pinocchios
Dysfunctional schools and parochials
Where old friends start clappin’
See your moms in the street and say, ‘I’m sorry, I heard what happened’
It’s a full cast of characters and prop men
I string niggas along, John McLaughlin
The story’s been often told
Dust heads runnin’ up and down Boston Road
I love the borough but the bullshit I often loathe
I’m like Satchmo’s trumpet, often blowed”

It’s strange that a bona fide MC should be less spectacular than one with multiple roles, but again, A.G. should be explicitly lauded for his subtle approach. This extends to the song material, where for example “Dead Presidents” subverts expectations by dealing with America’s foreign policy. No matter the setting, he wraps a careful diction and delivery up in a conversational tone, and in conjunction with an equally fine-tuned beat selection, achieves a rare combination of impulse and intellect. And repeatedly his stream of consciousness suddenly homes in on a target: “Not Barry Bonds, it’s the son of Patty Barnes / from the Bronx, the legacy carries on / Andre, no relation to Kanye / Grace when I Jones for the poem, nigga – Strangé”.

We would be remiss not to mention that the rapper sometimes argues from a patriarchal perspective. “Everything Is Backwards” is the prime example here, as he questions “the parent bein’ taught by the child” and the “mom as the breadwinner”. You’ll also encounter a couple of conspiracy theory pointers, including musings on the murders of Tupac Shakur and Christopher Wallace on “Price of Fame”. That shouldn’t discourage seasoned listeners, however. Ultimately A.G. preserves good old ‘conscious rap’ (in the broadest sense) for the present. “Magical World” particularly succeeds in describing the surreality of the black experience:

“I’m livin’ in a world where the news doesn’t visit
The children are explicit, your friends are your critics
Money is a gimmick, niggas fake it till they get it
Non-realistic, so I went for monolithic
And I live on Mount Olympus
Since I’m forced to live it
I be walkin’ on air like a nigga lost his pivot”

A rapper who continues to express his love for music, who is always able to take you aback since 1991’s “You were definite, but now you’re not sure / Cause you never heard the lyrics of a giant before”, A.G. looks back on an artistic evolution that more than ever falls into place. He has remained true to himself, which is not as trivial as it may sound.