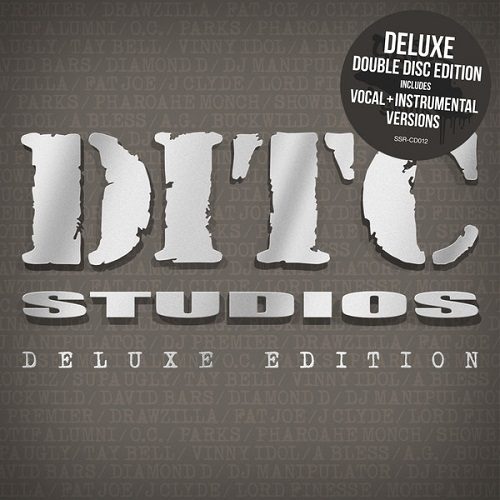 As a youngster I was irritated when I would thumb through certain teen magazines that featured music nobody my age was listening to. I would pay attention to my parents’ generation when they tried to teach me about clearly important classical music or jazz, but twenty- or thirty-somethings trying to sell me their ’70s and ’80s prog and soft rock darlings? No thanks. These days I’m on the other side of the unforgiving age barrier that separates young from old, unreasonably assuming that people half my age – or younger! – are curious to read my musings on a branch of music so thoroughly associated with youth.

To restrict myself to my own age bracket is no solution either because that would bring me in the same predicament I just blamed my writing seniors with. Still every critic is imprinted with a particular variant of his chosen artform while performers with a certain amount of years in the game should be entitled to a peer review. That’s why I at least semi-regularly wind up covering musicians who are active since the ’90s or even the ’80s. Even though I’m quick to admit that in the scientific sense of the term ‘peer review’ I’m not a peer of the creative minds that make the music that I review. But as far as it pertains to the artists of my generation, I can form an opinion relatively easily and will readily make it known.

If you would have asked me what to expect from a new Diggin’ In The Crates album, it’s certainly not a non-existent artwork and a non-descript album title. But that’s exactly what we get with “Studios.” And it’s not a second release that is apparently related to the first one but named differently. But that’s exactly what we get with “Sessions.” (The digital release is called “Sessions,” the physical one “Studios.” They’re similar but not identical. Something tells me the original intent was to title the album “Sessions” and bill it to D.I.T.C. Studios.)

Should you ever bother to hit up the Wikipedia page for this rap collective, you’ll be amazed by the wealth of albums by acts associated with D.I.T.C. They include Lord Finesse’s “Funky Technician,” Showbiz & A.G.’s “Runaway Slave,” Diamond D’s “Stunts, Blunts and Hip Hop,” O.C.’s “Word…Life,” Fat Joe’s “Don Cartagena,” Big L’s “The Big Picture” and O.C. & Apollo Brown’s “Trophies.” That’s a handful of classics and even a couple of bestsellers. Meaning there’s a legacy to live up to.

Some things feel absolutely right about the first new D.I.T.C. full-length to deserve that description in 16 years. Lord Finesse makes a triumphant return to the mic on single “Rock Shyt” and continues to get back into the production groove with three submissions. Fat Joe defends his title as the most loyal player in the game by appearing on five tracks. Diam is there. Buck is. Show. Even Preem provides a beat. The gang’s all here, with the bitter exceptions of Big L and Party Arty. (And D Flow, who recently collaborated with Ray West on the “Three Sides to Every Coin” EP.)

There’s little wrong with the first third of the album. None of the tracks are produced by crew members, but they all observe the No B.S. policy that served the collective so well for so long. DJ Manipulator submits a subtly drifting beat for “Not 4 Nothing,” whose martial undertone surfaces even stronger with the hymnic Tay Bell hook, making for a professional kick-off. Industry veteran Supa Ugly performs a “Bad Boy For Life” act with “Rock Shyt,” twisting rock music building blocks (mainly a roaring guitar riff) into an original hip-hop beat. Motif Alumni and Vinny Idol each give an older and a newer interpretation of the futuristic soundscape hip-hop style on “Night Rider” and “New Wave”, respectively.

“Not 4 Nothing” introduces the project’s leading men, O.C. and A.G., who solidified their chemistry back in 2009 with their “OAsis” collaboration. Both rap for the team here, O.C. claiming to be “in great shape, attached to my crew like a caboose” and Andre the Giant roll-calling the crew and skipping a quarter of a decade of D.I.T.C. in one sentence: “Records out the trunk and y’all know what came next / Red App’ 45 with my homie Ray West.” There was a little bit more to it, but despite the time that passed, the many ups and downs, in terms of attitude and philosophy Diggin’ remained solid as a rock. They are the same characters, and any growing up they had to do already ensued back in the 1990s. “Rock Shyt” shows three MC’s in their element, Fat Joe just not letting go of the crack metaphors and big business references and Lord Finesse picking up right where he left off with clever lines like “When you’re tired of listenin’ to frauds auditionin’ for broads / My shit religion, you need to get up on the Lord” and “I ain’t after fame, just tryina craft my pain / with enough bars to incarcerate half the game.” (Both quotes are followed by petty digs at current trends, but allow us old men our outbursts of grumpiness.) And Diamond D is still gunning for that Best Producer on the Mic position he himself once brought into use:

“I’m Robert Johnson at the crossroads
But I ain’t talkin’ to Yakub
It’s all butter when the gloss shows
And they’re like, ‘Muthafucka – oh not you’
The Grand Wizard like Theodore
Menages with three or more, my nigga, mi amor
No binoculars needed, you can see the lord
Niggas swimmin’ in place and can’t see the shore
You margarine cats are not butter
Them marginal raps do not flutter
Livin’ in lies – you not gutter
So fuck your surmise, my name do not utter
Diamante, black drop-top Allante
Sippin’ on some Asti Spumante
Applejack, Strongbow, Vince Gigante
Look a pig in his face like, ‘No comprende’
Godfather, Marlon Brando flow
Plus I’m nice with the beats in case your man don’t know
If you ain’t about your business your brand won’t grow
A no-show when promoters don’t fan no dough”

Wise words that unfortunately aren’t followed through a hundred percent. Diamond’s own beat for “Brolic” combines two intrinsically questionable ingredients – bleepy somethings and ominous strings – in an discordant whole. “Connect 3” tries to revive a DJ Premier staple but is a long cry from “I’m the Man.” “Caviar Dreams” returns to the lush ’80s sampling of the later ’90s, something they should be over by now. The sentimentally scored “Make ‘Em So Proud” doesn’t really suit a track on which Diamond advertises D.I.T.C. as “the vanguards of boom bap.” “We Started Everything” (followed by the afterthought “Gotta Be Classic”) gives a history lesson neither of the three Bronx representatives – Buckwild, A.G., A-Bless – are able to present particularly interesting. Buckwild later rips a page from the book of Wu-Tang with the closing “Wake Up” and Showbiz and co-producers turn in a token triumphant track with “Worldwide” under whose formulaic atmosphere A.G.’s lyrical references to their extensive catalog ring somewhat hollow. Diamond’s boast of “a league of extraordinary men / all blessed with the extraordinary pen” comes at a time when not all of them assume their designated vocal responsibility and A.G. happens to have hit yet another creative wall.

“It’s Cold Outside,” their stab at a political track, is badly served by a pseudo-dramatic newsreel soundtrack programmed by Lord Finesse. Also noteworthy for the fact that Fat Joe makes the most sense while A & O tread conspiracy theorist territory. Since the original concept of D.I.T.C. is dope bars over dope beats, that’s where they’re most likely to succeed, see the Finesse-produced “Read the Book” and “Diggin’ Numbers,” the latter featuring one of several attempts by A.G. to put the crew and its legacy in the proper light:

“141st Street, raised in the Bronx
Ever since nursery; recruited by the Lord
Inducted by the board, then rhymed for the cause
Since Preem pressed ‘record’ we the Force
A Jedi with red eyes on the red-eye
Rubbers like Left Eye
The pigs try to trap and arrest I
But my product is sold at Best Buy”

“Studios” (/”Sessions”) proves that the organization is alive. On the vocal side, Andre Barnes and Omar Credle may be more or less the alpha and omega of D.I.T.C. in 2016. But overall a collective effort was made to put out new product and not again simply clear the archives. Even though some of the stronger songs they made public this year didn’t make the cut, they do check on quality, or else they wouldn’t have put their best songs forward (at least on “Studios”) and wouldn’t have shot a video for “Rock Shyt.” With specific potential not yet being fully exploited (the Lord Finesse verse, those in-house beats that are actually cutting it, “Night Rider” suggesting an extended collaboration between longtime mic buddies Pharoahe Monch and O.C.), it is only a partial return to form. The cumulative force of D.I.T.C., whose sheer power could attract a new audience (even without the late great Big L), is not yet in effect. Still, when Fat Joe (in a variation of his “Day One” hook) raps, “Diggin’ In The Crates, that’s my day-ones / How most these rap cats can’t go back to where they came from,” he sums up why D.I.T.C. has been and still is realer than most.