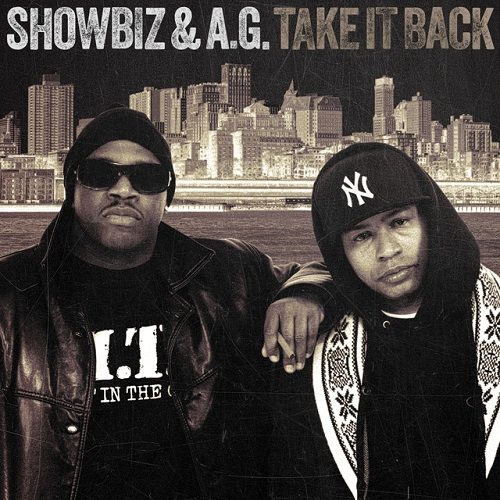 “We like Rae and Ghost, A.G. and Showbiz” was perhaps an overly zealous effort by Jay-Z to create credible chemistry between him and duet partner Missy Elliott on their 2002 song “Back in the Day,” but from one fan to another it was still an understandable fit of nostalgia right before Missy came in singing, “What happened to those good old days when hip-hop was so much fun?”

A million and one similar YouTube comments notwithstanding, the entertainment value of hip-hop from times past lies in the eye of the beholder, and there’s a good chance that hip-hop was so much fun because you are recalling a time when you knew how to have fun yourself. Still there’s no denying that the climate under which hip-hop grew in the first three decades of its existence was more carefree, whereas today’s artists often act like they’re too cool for school. To apply even more patina to an already old-fashioned phrase, for many of us hip-hop really was a sort of school that broadened our horizons to at least some degree.

Bronx duo Showbiz & A.G. never held an official teacher tenure in rap – for that their presence wasn’t commanding enough – but before their mindset switched from offense to defense with 1995’s sophomore LP “Goodfellas,” Show & A had to be regarded as a strikingly optimistic outfit. Their full-length debut “Runaway Slave” was straight-faced rap par excellence, in the tradition of Eric B. & Rakim rather than N.W.A or the Native Tongues, but there was still an eagerness and enthusiasm to it that was quite unique. That spirit was never recaptured by the two, but it did live on in A.G.’s modest but worldly-wise performances over the years.

Having spent the better part of the last two decades as dignified D.I.T.C. soldiers, Showbiz & A.G. committed to their clandestine 2012 return five years later with “Take it Back,” only their third regular album under their original, full name. The title could either be interpreted as bringing hip-hop back into the possession of a rightful owner, or back to its historical origins. The album’s titular track chooses to revisit the past by way of historic New Yorker clubs that make up the song’s hook. The rest of the song meanders along general philosophical lines, but that symbol-drenched chorus exemplifies the ancient means of communication some older heads tend to employ. For an artform that has long perfected the trip down memory lane, the song “Take it Back,” and indeed the album of the same name, reads like scriblings on a napkin, no footnotes, no anecdotes, assuming, in typical five-boroughs-centric fashion, that the listener is in on everything. Consider this: There’s a good chance that New Jersey’s and Long Island’s rap elite frequented some of these clubs in their heydays, but that is not where they learned how to be endlessly entertaining, or exceptionally educational.

So where do you begin to ‘take it back’? Assuming you have an actual interest in the process and are not just trying to sell something with a slogan? Later generations of rap artists have recreated the experience from a fan perspective, some with considerable artistic success, but Show & A were witness to the relevant places and times. The problem is this: As hinted at above, they weren’t able to create a legacy the way some of their peers have done. A.G. could have been an MC on the level of Gang Starr’s Guru, and Showbiz his DJ Premier. The effort to establish a true revival – if only at album length – from their position and at this point in time – would have to be tremendous. It would have to be a rising from the ashes.

“Corporate vers’ culture / I’m the phoenix, y’all the vultures,” A.G. evokes the same metaphor on official closer “Can’t Wake,” showing him as capable as ever to make strong statements. As rappers of his generation are prone to, he questions and advises, playing the part of elder statesman of rap. The album’s inspirational centerpiece is “The Answer” with its blunt conclusion that the solutions to your problems are likely to be found within yourself. And while several songs on “Take it Back” are affected by a notable disconnection between chorus and verses, this one pulls through lyrically:

“Hit the ground runnin’, so they never saw me comin’
Love is all I wanted, and food for my stomach
But none of that was comin’
So it seemed to me like God had fronted
Never had a place of my own called home
But moms always sat me on a throne
From house to house, couch to couch
I couldn’t breathe
But raps gave me hope, so I call it mouth-to-mouth
School, it’s too hard to pay attention
Killings on my block hardly got mentioned”

Topical writing can be found on ’90s throwback “Dirty Rev,” a fairly adventurous account of a corrupt man of the cloth who’s the head of a crack distribution ring, the plot however soon shifting towards the narrator’s perspective. The track wouldn’t be out of place on a Fat Joe joint. Its existence here is less evident. Not misnomed but perhaps slightly misleading, “Love Is a Beautiful Thing,” a thank-you to fans worldwide (Europe and Asia, mainly) may serve as a partial explanation why A.G. is still doing this. Without wanting to burst any bubbles, though, the DNA for dope hip-hop cannot be found in this particular effort. “Afro Child” is more on the allegorical tip and not an explicit embrace of afrocentricity, but it does resonate with positivity:

“I’m here what I’m here to do, in touch with my purpose
Focus on my goal, all the money’s really worthless
if I can’t fulfill my soul, ain’t talkin’ ’bout churches
I’m talkin’ ’bout leave my mark before they call it curtains”

If the contributions of the brother Show have gone unmentioned so far, it’s because they are not imperatively worth mentioning. He hits the target, but mostly aims low. The beats often consist of one low-key loop or a simple theme that is underpinned by not particularly elegant drum and bass arrangements. The “Goodfellas”-lite atmosphere constantly falls short of the standard. More purposeful productions include the determined “16 and Out” (by the Bossmen – Lord Finesse and Davel ‘Bo’ McKenzie), the organic “Redesigned” and the wailing “Afro Child” (both co-produced by Motif Alumni). “The Answer” may be a bit clunky, but it’s got soul.

Matter-of-fact has arguably become the duo’s modus operandi. A.G. regularly makes an effort to not let it decline towards mundane. There’s a fair amount of subtext in Andre the Giant’s raps. New York is definitely part of it, golden era hip-hop, freestyling in ciphers and digging in crates, but also the idea of black divinity (as imagined by the Nation of Gods and Earths). You can certainly connect dots on this album if you wish. The “16 and Out” line “20 years, no pit stop / The real definition of Love and Hip-Hop” corresponds with “Love Is a Beautiful Thing,” DJ Premier opens the album, and A.G.’s measured flow hits a high on “Walkin’ on Air” with lines like “New niggas think we finished / just the kind of thinking I expect from beginners” or “Life’s a bitch, I keep flirtin’ / My speech, I Have a Dream reworded / with ‘my hood’ inserted.” You can even draw a parallel between A.G.’s negative experiences with publicity (“Contradict myself and they love it”) and Kanye Wests’s steady struggle to make himself understood.

And yet the project as a whole is far from fully realized. Showbiz & A.G.’s 2017 album is unspectacular from beginning to end. It’s hip-hop these two can produce in their sleep, and that is simply not the mindstate needed. “16 and Out” seems to be the motto for most tracks. Determination is heard but not felt. Skills are there but not evolving. Attempts to be political or intellectual don’t cut deep enough. Across four feature spots A Bless only proves that he’s no substitute for the late Party Arty. Their generation invented the game-changing guest verse, the all-star producer, so why is it not possible to get a Nas cameo or something on an album like this, these days? Why does “Live With Show & A” – plus Roc Marciano and John Robinson – feel so lifeless?

D.I.T.C. finally has the infrastructure and stability to, let’s say, fulfill its role as a stronghold for traditionalists. In that context, a new Showbiz & A.G. record needed to be much more convincing and compelling. The potential is fulfilled in flashes, for example when Andre tries to bring the then to the now on the Diamond-produced “Breathe Easy”:

“See, they don’t care if we die, so now niggas see why
[I] used to listen to the Minister, never sold bean pies
Used to rock Levi’s, shelltoe Adi-das
Used to copy Run and ’em, inspired by them three guys
Then we made our mark, Show & A, D.I.’
Giant from New York, but my name ain’t Eli”

The good thing about Showbiz & A.G.’s inability to bring their career truly full circle is that apparently it isn’t over yet.