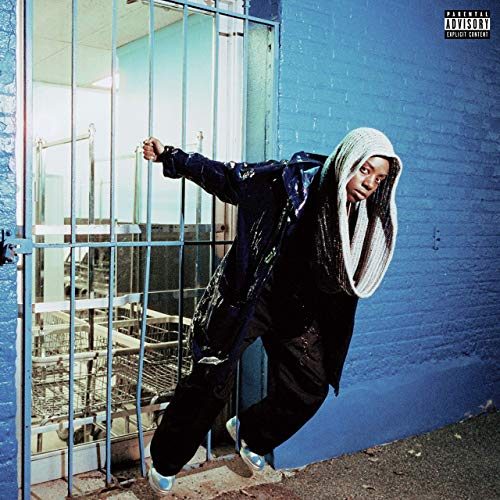 One of the challenges in trying to signal boost underrepresented artists and creators is the danger of reducing the artist to just being part of whatever marginalized group they identify with. Actor Mahershala Ali recently lamented about how many of his conversations with journalists end up centering on race, and all-female rock band Sleater-Kinney have pushed back at having their gender be the main focus of interviews or reviews. In the effort to celebrate artists from underrepresented groups, we can inadvertently end up tokenizing them or putting too much focus on the fact that they aren’t part of the dominant culture.

Enter Dua Saleh, a Minneapolis rapper who is part of multiple underrepresented and marginalized groups. They identify as non-binary and they came to the U.S. as refugees escaping the Darfur war in Sudan. They are part of two groups that are under attack from the current administration in the U.S., making their very identity a political act. Yet, as important as it is to raise visibility for refugees and the non-binary community, Saleh’s music would be impressive no matter what their backstory was.

Saleh is a poet and activist, and their way with words sets their music a step or ten above the average Soundcloud rapper. They make music about typical subject matter – love, sex, relationships – but they do it with an economy and precision that really set their music apart.

On “Warm Pants,” they capture the essence of an unfulfilling romantic dalliance in just a few lines:

Their gender identity comes into play mainly in that it represents their fluid approach to life and art. Just as they don’t identify as male or female, their music is neither hip-hop nor R&B, and they aren’t just rapping or singing. It ends up being more than the sum of its parts, something recognizable yet unique.

A large part of the credit is owed to Future/Young Thug producer Psymun, who handles the bulk of production here. His dreamy, restrained beats give Saleh ample room to flow without restraining her to any particular genre. “Nur” is an impressive debut from a promising artist who shows the creativity and freedom of the younger generation of performers.