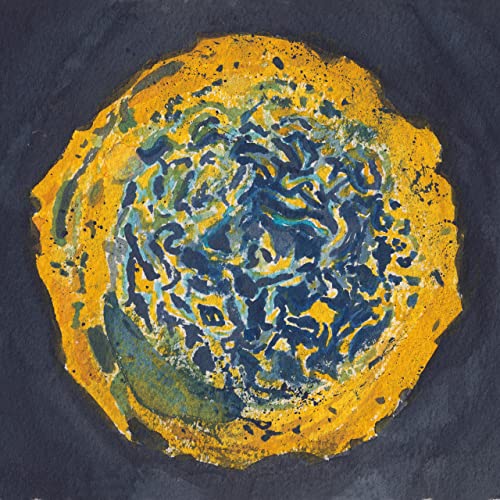 I mistakenly believed the MC Paul Barman story was over in 2003 with the release of “Paullelujah!” Three years earlier legendary producer Prince Paul had introduced the world to Barman with the “It’s Very Stimulating” EP, and it seemed like an attempt to create the world’s WHITEST rapper. The full album was the answer to the question of whether or not Paul Barman was serious about rapping — it turns out he was. With that question answered the rest of the world moved on, but Barman wasn’t done making music yet.

The untimely passing of Daniel Dumile brought Barman back to my attention. On the “Blue Moon Kaboom” track “Squeezebox” Barman is accidentally on purpose paying tribute to the “Madvillainy” song “Accordion,” because the sample he’s flowing over is The Roots and Weird Al Yankovic playing the instrumental live on NBC. That was a genius move since Al got his start in music on the accordion, and The Roots are the best live band in hip-hop, so you really feel the vibes that Madlib and MF DOOM created. The topics are completely different though as Barman delivers a nearly incensed rant about women removing their body hair.

“To a sold out crowd I’ll yell out loud
STOP SHAVING, STOP NOW!
Drop trou’ shaving is like going home sober
If you have to, make a comb over
Cold passion, so old fashioned
Curls got hold traction, I’m asking
Why do women shave off their beautiful eyebrows
and retrace them in pencil to look like surprised clowns?”

I suppose this means that some small amount of good can come out of the loss of Daniel Dumile — the rediscovery of Paul Barman. Like most things he did in the 2000’s “Squeezebox” is funny but it’s also got a point. For my unnecessary two cents I’d like to say that I believe all body modifications should be completely optional. If a woman wants to shave her “squeezebox” because she enjoys having no hair down there, go right ahead. Same goes for armpits, legs, eyebrows, head, whatever. If it’s done just because a partner expects you to or our society says this is how a woman is supposed to look, fuck that shit. Pierce, tattoo, or shave your pound of flesh any way you want as an adult — it’s your body after all. Anyway let’s move on to another familiar sample on “Enter Pan-Man.”

This one’s a little more weird — not that Paul Barman has ever been whatever NORMAL is perceived to be anyway. He’s flowing over Erik Satie’s “Gymnopédie No.1,” which for me personally is one of the most beautiful and soothing pieces of classical music ever. The performance is recorded live and Barman isn’t so much rapping as spitting out spoken word poetry as the audience hoots and hollers each time he hits a punchline. It makes for an interesting listen… but I’d be lying if I said I’d prefer to hear Satie without Barman’s bars. Whatever rules there are for rap though, Barman has no interest in following them, or songs like “Put Me on Your Do Not Call List” would not exist.

The track is a mash-up of jingle bells, country music, and stand up comedy that the late George Carlin would appreciate. His voice gets more and more twisted as the song gets longer until he mutates into the crotchety old Jewish man he’ll undoubtedly sound like in another 50 years. It’s not head nodding but it’s not unlistenable either. Even when Paul Nathaniel Barman is making jokes on “Blue Moon Kaboom” they’re jokes made by a rapper for a rap audience. A song like “Ten Job Commandments” lifts the same track DJ Premier sampled for Notorious B.I.G., while giving sage life advice to would be job applicants.

“Rule number one, should have been one to me
Don’t use your real name if you’re going to be an emcee
You’re better off being called MC Mr. Poo Poo
than being Googled by HR to see an aged star looking cuckoo”

How you feel about “Blue Moon Kaboom” will depend entirely on whether or not you perceive Paul Barman as someone who loves hip-hop enough to playfully poke fun at it, or as a court jester who is rudely mocking everyone just to keep his head from being chopped off. For me songs like “KRS Chapter One” fall into the former category rather than the latter, as it’s a sample tribute to BDP starting with “Criminal Minded” compressed into one track, with Barman’s scattershot flow over the top. It moves as effortlessly from one classic to the next as Barman does over the beats.

From a glance at Barman’s discography his output seems to be scattershot too. He’ll go 6-7 years without doing anything, then suddenly drop a couple of releases without warning. That doesn’t make it very easy to keep track of what he’s doing but “Blue Moon Kaboom” proves it’s worth the effort, and “Re: (Beat by Doom) (No Subject)” show me it was no accident that this album came to our attention when Dumile’s physical essence left us. “I’m a rap act from back when ‘tap that’ didn’t mean Snapchat.” True dat.