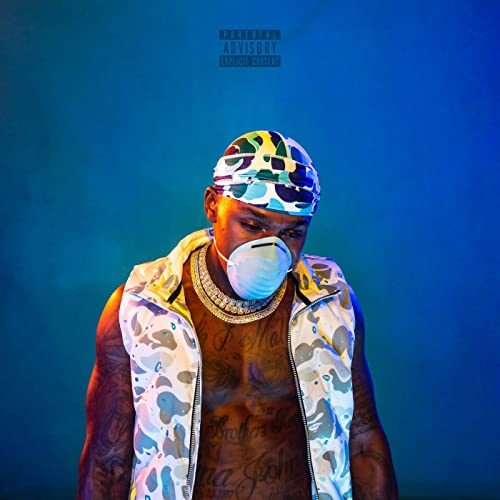 Blame It On Baby

DaBaby :: Blame It On Baby

If you’ve been listening to DaBaby you know he sounds like anything BUT an infant. Yeah the 28-year-old sounds like he’s younger than a gravelly voiced veteran who has been smoking blunts and drinking whiskey for decades, but he also doesn’t sound like his voice just cracked yesterday. Jonathan Lyndale Kirk is grown, aight? His name is a misnomer but in the grander scheme of things it hardly matters given rap has a Baby, a Sada Baby, a Lil Baby and a 2KBaby among many others. Rap always has been and always will be infatuated with youth. Calling yourself “Baby” is no different from calling yourself “Lil” or “Yung” as an artist. Where the Cleveland x Charlotte artist distinguishes himself from the rest is his style and swagger on songs like “Can’t Stop.”

Produced by Foreign Teck, JW Lucas and Lostheproducer, the song is both the introduction to “Blame It On Baby” and a statement of DaBaby’s beliefs. “I don’t get into politics, I just be popping shit” and “only answer to God, I’m already convicted if I’m having you as a witness” perfectly encapsulate the principles that he professes on his tracks. The sentiments aren’t wholly original for a rapper let alone one named “Baby” but the rapid fire delivery and vocal intensity still distinguish Mr. Kirk from his contemporaries. He’s also got an ear for what will pop commercially as evidenced by the single “Find My Way.” The DJ Kid produced track finds DaBaby flowing to a gently strummed acoustic guitar paired with HEAVY pounding bass, then dipping into AutoTune for the hooks. It’s fun and infectious, and it comes with a music video so long that it’s more like a motion picture. It’s no coincidence that the thumbnail looks like a Fast & Furious movie.

This is far from unusual for DaBaby. He seems to put as much focus on the cinematic presentation of his music as the production and lyrics, and even finds a way to inject humor into an era of “social distancing” with the skit that opens “Jump” featuring NBA YoungBoy. Try not to smile and laugh as DaBaby is interviewed by a pretentious white reporter named Philmore Butts who somehow keeps a straight face while asking DaBaby if he’ll “sling the iron” on anybody who coughs on him.

By no means does this mean we shouldn’t be taking the global pandemic seriously. DaBaby is even sporting a mask on the cover of “Blame It On Baby” and he’s far from the only rapper in 2020 who will be seen with one there, let alone on their Instagram feed, TikTok clips or in music videos. If we ever get past the coronavirus crisis, it won’t be without it having left an indelible mark on the era that makes what got released during it instantly recognizable. That’s what makes songs like “Nasty” featuring Megan Thee Stallion and Ashanti so necessary. The unapologetically over-the-top and raunchy London On Da Track ode to getting your freak on has Megan taking Kirk’s sexual bravado and pushing him to go even further — or vice versa.

Though “Blame It On Baby” is fairly short at only 33 and a half minutes, the bop of songs like the Nils & Wheezy produced “Talk About It” and the title track from DJ Kid and friends prove you can hit skip and land on something good anywhere. The latter is a revelation as the song changes styles mid track and proves DaBaby can fuck with pretty much anything you throw at him, anywhere, any time. “They be like ‘Why you switched the beat? Because my flow neat nigga/I thought he couldn’t switch the flow, how the hell he switchin the beat up?/They don’t know who they fuckin with, do this shit with my feet up.” It’s that playful, cocksure personality that separates DaBaby not just from other rappers named Baby but other rappers in general.