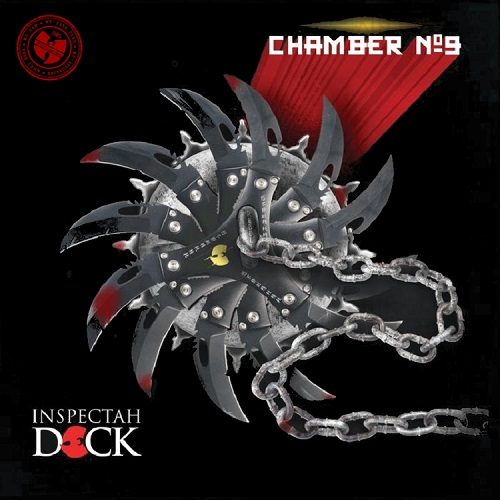 With so much talent in the Wu-Tang Clan, it’s inevitable fans gravitate towards the few artists that made the larger impact. Inspectah Deck often finds his catalog unfairly overlooked, despite never putting out a clanger on the level of “Tical 0” or “Immobilarity”. Method Man, arguably, has a worse catalog than Deck yet successfully remains in fans’ hearts thanks to his dominant run in the late 1990s. Raekwon is perhaps the most reliable member, Ghostface held it down for so many years during the dark days of Wu, and GZA (and RZA too) have largely kept a low profile. Yet, oddly, Deck relishes the role he has in 2019. Solo album after solo album met with shrugs and acknowledgements that Deck has always been nice on the mic, but was he capable of crafting a classic, so many years after RZA’s unfortunate flooding incident tore away Deck’s classic.

Deck’s appearances on modern Wu-Tang albums were always a reason to continue listening – that unmistakable flow and manner that he has when tying words together, has never left. Guesting on Boston duo 7L & Esoteric’s “Speaking Real Words EP” back in 1999 was what helped put the guys on the map, so when they reunited in 2010 for the track “12th Chamber”, under the guise of CZARFACE, nobody was surprised when it turned out to be excellent. Juggling occasional Wu-Tang reunions, touring commitments,and the continued CZARFACE albums, have kept Deck busy, and in 2019, he has amassed a catalog that has improved with his age. Something none of the other artists in the W can really match up to, given most peaked so early.

With the four solo albums, the five CZARFACE albums, this 10th record from Deck unfortunately released in July, a few months after “CZARFACE Meets Ghostface” so it should technically be “Chamber No. 10”. But the naming conventions and the Wu-Tang Clan often mean little. Any child of the Wu that’s worth their salt, will know that there was a song called “9th Chamber”, featured on Deck’s debut album “Uncontrolled Substance” 20 years ago. Deck declared the 9th Chamber as one where “the falls of reality close in fast on the world of make-believe”, and it’s clear why this solo return takes the adage “Chamber No. 9”. He’s moved away from the CZARFACE superhero antics to bring it back to the streets. Pedantics may argue the 9th Chamber isn’t necessarily the same as Chamber No. 9, but the theory behind chamber-themed tracks went out the window after 1993’s “7th Chamber” (7 emcees) and 1995’s “4th Chamber” (4 emcees). 1999’s “9th Chamber” was five emcees and 2006’s “5th Chamber” was four.

After the comic book escapades of the CZARFACE records, “Chamber No. 9” certainly sounds more grounded musically. Deck never shies away from fantasy, if anything, it’s part of his appeal. He’ll bomb atomically, use the cloud as his sofa and glide like a hovercraft over the Everglades. It’s no surprise then to see the first single “Game Don’t Change” accompanied by a Punisher-like video showing Deck assassinating lesser rappers selling their weak, offbeat rhymes. The rap game has always been about this, Deck’s just reminding you what motivates him to keep practicing his craft.

Naturally, a 48-year old rapper is likely to look back on their illustrious career from time to time, and Deck is no different. “Can’t Stay Away” looks like yet another nostalgic jab at modern rap, yearning for the simpler times of yesteryear, but, aided by a lovingly researched video, shows love for Deck’s influences, and favorite DJs. The video also sneaks Deck’s image in at the end, as he rightfully sits alongside hip hop icons KRS-One, Ice Cube and Nas.

Produced almost exclusively by Danny Caiazzo, there’s a satisfying thump to the beats yet they never outshine Deck. “No Good” echoes the mantra ‘Wu-Tang is for the children’, showcasing restraint in the face of deceit and the soulless. As calculated as ever, Deck’s words ring truer the older he gets, but there are moments where he activates what I like to call 98 REBEL INS mode. The song “Chamber No. 9” is striking, aided by some Ghostface and ODB scratches, while “Russell Jones” demonstrates that trademark one-two punch flow, highlighting how carefully Deck picks his words while insisting everything that’s ‘dirty’ or ‘gutter’ should be called Russell Jones, after the late ODB.

I’m not sure if it’s an intentional nod to 50 Cent given the Wu’s lengthy beef with Fiddy, but you’ll be double-taking when “What It Be Like” drops with a hook straight out of Curtis Jackson’s locker. If only similar could be said for “24k”, a frustrating collaboration with Hellfire and Cappadonna that is not only let down by an awkward hook, but cuts off the latter’s verse just as it gains momentum. One Wu affiliate that delivers is Trife Diesel, one of the nicest (and most underrated) artists to drop from the Wu-Tang family tree.

“New York, Island defend it, peep the style I invented
Silencer on the 40 cal’ll cramp your style in a minute
I’m vintage, authentic, my brain is tormented
Got the physique of a God, I was made in the Lord’s image
That’s word to mama, I was perfectly sculpted
Put rappers in surgery in the infirmary posted
Place ’em in body bags, leave them virtually roasted
Turn a Moe in to a John Doe, I never heard of these culprits”

Deck’s catalog may be short of classic albums, but so is Busta Rhymes’. So is Method Man’s. However, Inspectah Deck albums often sound lonely, with only a few appearances from his Wu-brethren here on “Chamber No. 9”. That’s not to say Deck needs company, but it often elevates his style of sword-sharp verse-rap. It’s why CZARFACE works so well, squaring off against Esoteric in verbal jousting bouts. That being said, the argument is there for this to be proclaimed Deck’s best solo album as it does so much right and is the best record released with the Wu-Tang logo on the cover, in quite a while.