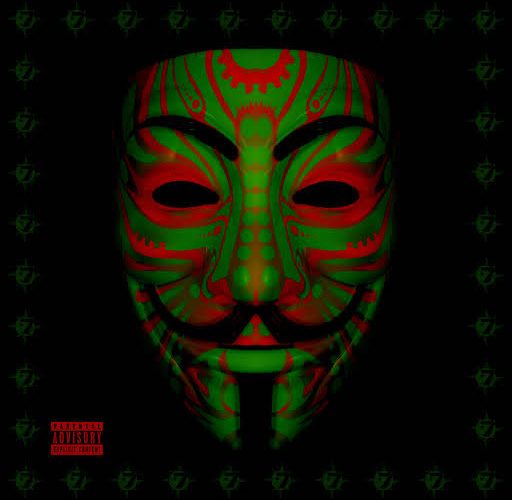 Staying on his hip-hop grind since 2015, Philly-based emcee Crazie K!D AnonYmouS has just released his seventh LP, “Stay Ready and Willing”. He’s clearly capable and up to the task of rapping, though the album title has another meaning that’s reflected in the album cover: A Guy Fawkes mask with an African red, black, and green color scheme. That’s what Crazie K!D is willing to do: To be different. Upon hearing him, I noticed that he has a similar cadence to Freddie Gibbs, but none of Gibbs’ customary cocaine rhymes, and that’s not a bad thing. While the majority of the album’s topics concern Crazie’s skill set as an emcee as well as his own personal issues, it’s backed up by sample-based boom-bap production courtesy of beatsmiths such as iLL Clinton, Doc Sus, Q. Will The Elite, Rock-n-Roland, et. al.

The album’s first official song (along with many of the subsequent ones) has a style of production which reminds me of the Snowgoons. “Master Cee 11th Letter 3” is almost epic with its movie score-sounding orchestral sample provided by Q. Will Thee Elite. Q. Will was also behind the boards for “Live Show Blues”, which actually has a live show feel to it from the way the drums sound. Musically, it most certainly is bluesy, and it’s paralleled in the lyrics. Lyrically, it’s a meditation on the frustration and perseverance that comes with being an underground rap artist performing in small venues. But what gives the song its edge is how aggressive Crazie is with his verses on it. The other Q. Will-produced song is “Feast or Famine”, a titular homage to the third album from fellow Philadelphia rapper, Reef the Lost Cauze.

Speaking of Reef, he appears on the track “Bullets & Bubblegum”. A posse cut built off of a string sample, the song takes aim at wack rappers, though it’s inexplicably censored for profanity in each of the verses. Produced by Doc Sus, Crazie is joined by the aforementioned Reef, as well as Fatman Elite, ILLit, J.O. the Last Man, and DJ Soulbuck. Another track that contains a similar personnel structure is “The Hidden Arts of Back Smackin”, produced by Loyal R.M. Nico the Beast and Planetary are featured and, like “Bullets & Bubblegum”, it’s string sample-heavy while verbally accosting sub-par rappers. “Dis Da Jawn” is one of my favorite tracks on the album largely because of boom bap production done Philly-style by iLL Clinton. Crazie tries out different avenues to test his flow throughout the album. He takes the route of Cormega on “Rhythm And Poetry (RAP)” and spits an a cappella verse for about a minute, and then on the Q. Will Thee Elite-produced “Earth Quakes”, his delivery included that desperate “go for broke” style reminiscent of the Ghostface Killah.

Crazie pens his best rhymes here when he’s being introspective and focusing on certain concepts in his raps. The FME Beats-produced “Self Care” is one of the earliest examples of this. On it, Crazie raps about the over consumption of food, drugs, alcohol, and strippers and how that equates to being (for him) as an escape route from reality. Lyrically, Crazie adopts a syrupy slow for most of the track, and it goes good with “DJ Screw” style of reduced speed. The song “D.A.P. (Depression Anxiety PTSD)” also correlates to this song. Produced by Mr. Manic, it’s apt that the producer chose that name as his moniker, because the track is exactly that, complete with space age sound effects and distorted vocals to reflect Crazie’s inner reality. “Photophere”, produced by Rock-n-Roland, is a very mellow track. It’s piano key-driven and as for the rapping, it’s a first person narrative of Crazie spitting game at a chick. On “YaYa” (produced by FME Beats) Crazie adopts of faster flow over frantic piano keys in what sounds like a parody of trap songs

On the whole, “Stay Ready and Willing” is a solid album. It’s rooted in traditional style hip-hop, but shouldn’t be a problem for fans of the old school. Even with the album’s flaws (i.e. certain lackluster tracks), Crazie has proven to be willing and ready to improve on his own game with each album. On “Stay Ready and Willing”, he’s getting there.