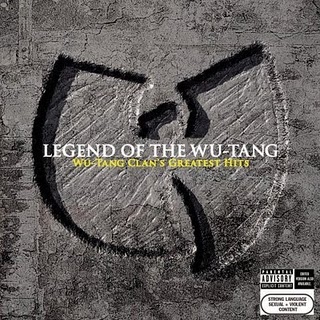 Let’s cut right to the chase here – most fans of the Wu-Tang Clan have made their own mixtape or CD of the “greatest hits” a long time ago. In fact back in the mid 90’s there was so much new Wu material coming out week to week that I made a new one every two to three months, and the local record store owner took to calling me “FZA” whenever I dropped by to pick up the new shit. The output of the Clan may have slowed down somewhat in the 21st century, but the importance of their legacy to hip-hop music and culture has certainly not waned at all. There’s certainly nothing wrong with revisiting that legacy through an album subtitled “Wu-Tang Clan’s Greatest Hits.”

Actually there is ONE thing wrong, and that’s that you simply can’t create a comprehensive disc of Wu-Tang Clan’s material over the last dozen+ years on just one CD, even if you ONLY pick songs off their group albums and not their solo records or guest appearances. That being said, this disc does include some surprisingly smart choices. While most have heard and know Method Man’s self-titled “Method Man” song by heart, it was a wise choice to include the “Skunk Mix” that appeared on the end of his first solo album instead. Clan fans should also be pleased to see that the “Bloody Version” of their first single “Protect Ya Neck” was included. What other selections did they unearth for this album? “Diesel” from the Soul in the Hole Soundtrack

is here. “Shaolin Worldwide” from the Next Friday Soundtrack

makes the cut too. Even their remake of “Sucker M.C.’s” from the album In the Beginning… There Was Rap

is here. That’s some choice digging. When paired with Wu-Tang classics through the years, it makes for a fine album. Ol’ Dirty’s rising star (and rapping insanity) is encapsulated on “Shame on a Nigga.” The palpable excitement Wu fans felt when they returned with “Wu-Tang Forever” shines through on “Reunited.” Even their most recent release “Iron Flag” is shown love with “Uzi (Pinky Ring).” It’s a pleasure to listen to from start to finish.

If there’s a downside to this album, it’s only that hardcore Wu-Tang fans may wish they had dug deeper. If they were going to include the Wu’s soundtrack cuts, why not put “Windpipe” or “And You Don’t Stop” in the mix? If we’re including alternate takes on “Method Man,” why not the “Home Grown Mix” which was a B-side of the “Protect Ya Neck” single? There are also Wu-Tang hits which they didn’t include which are certainly as worthy as any of the songs that they did, from “Careful (Click, Click)” to “I Can’t Go to Sleep” off of “The W” alone, not to mention the rest of the catalogue. With so many songs to choose from making perfect choices was undoubtedly bound to be impossible, but ultimately the fact they could have done a two-disc release or even a Wu-Tang Clan boxed set that better showcased their work is not going to go unnoticed by the Clan’s fanbase. “Legend of the Wu-Tang” should be viewed as a fine opening chapter, but there’s a whole lot more of the story that’s yet untold.