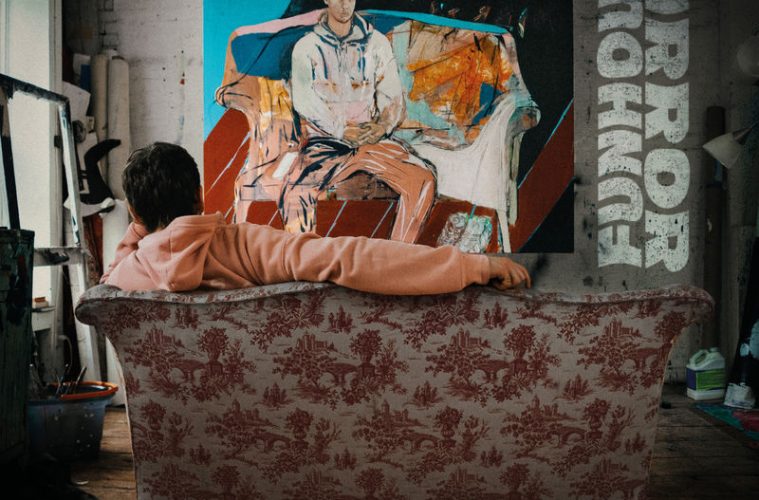 For the past three years, Marlon Craft’s star in the hip-hop community has been rising. I first heard the Hell’s Kitchen rapper a few years back from his video freestyles (which he’s dubbed “craftstyles”) where he rocked with an impressive flow over Mobb Deep and L.O.X. beats. But more than just his flow, he’s also got substance to his rhymes. However, as impressed as I was, I didn’t think of him as anything more than just another unsigned YouTube rapper. I’m glad to say I was wrong about that because he stayed grinding, and the most high-profile underground release I eventually heard him on was 2018’s “A Breukelen Story” by Masta Ace and Marco Polo. On the conceptual song “Wanna Be”, Craft spat a verse as a superficial aspiring rapper as a counter to Ace’s verse as hard-boiled rap veteran. It’s all brought us to where we are now with his first full-length LP since 2017’s “The Tunnel’s End”. With “Funhouse Mirror”, Marlon Craft deserves credit for being part of what I see as a movement to bring rap’s spotlight back to its mecca, a movement which has largely been spearheaded by rappers from the Griselda Records label roster for a while now. Additionally, as skilled as Craft is a rapper, being the son of a jazz musician clearly rubbed off on him. The production on this album is very jazz-infused, starting with the “Speakin’ (Intro)” which has the sound of an improv jazz session with Craft tailoring his flow with no problem to keep up with the changes.

On the DJ Green Lantern/Sly5thAve-produced “Word to My Mother”, Craft boldly states of himself as a “White boy who rap so good, they call him ‘JudaKiss'”, which is sly commentary on his place in the hip-hop community as a white emcee. Even his recent jaw-dropping freestyle on Sway in the Morning has him framed in social media as a “New York White Dude”. If people are remaining fixated on his lack of melanin, please get over it. The fact is that Craft can rap and does it well. It’s also fitting that he’s a huge basketball fan (he even played as a youth): If any of you recall the 1992 film “White Men Can’t Jump”, Woody Harrelson’s character uses people’s stereotypes about both unassuming-looking White people and their ability to play basketball to his advantage. Craft does the same thing, except hip-hop is his medium. Even with some of the “eh” tracks (like “Dribblin'”), Craft still displays a knack for wordplay and internal rhyme schemes. His lyrical substance on this album begins in the self-examination track “Shallow”. Featuring Dizzy Wright with both men adopting double-time flows, the gist of the track is that as woke as both rappers are, even they indulge in hollow celebrations consisting of easily accessible women, drugs, and liquor. It’s like punching a brick wall when you’re angry: You know it’s going to hurt, but you still do it anyway. Produced by DJ Skizz, it almost sounds cookie-cutter if not for its jazz elements.

Tracks like “Show Up”, “Cheat Code”, and “(not) Everybody” also stand out for their production. Respectively, Arbus Beats laces the former with boom-bap drums while retaining its piano-driven main theme; he also does “Cheat Code”, which is initially reminiscent of “You Got Me” by the Roots until the beat switches to something more mandolin-driven; while DJ Skizz laced the latter with hard drums and a dope saxophone coda. Statik Selektah also adds to the jazz infusion on the track, “Right Now”. The shortest track on the album is “Love Hate Interlude” at nearly 90 seconds. Produced by DJ Green Lantern, Craft makes things interesting by lyrically going through an examination of his own personal contradicting dichotomies:

The track that’s garnered the most attention is “Gang Shit”. A brutal look at racism and race relations via America’s tendency towards group-think and herd mentalities, Marlon raps three verses from the respective lenses of a White police officer, a Klansman, and an incarcerated Black street gang member. The only track I’ve heard similar to this in structure (but not theme) was “3 Sides to a Story” by Joe Budden. The lyrical substance in the song is that it makes the point that America breeds gangs. Furthermore, each gang has become something of their own institution with varying degrees of racial components to them. The accompanying video drives the point home with all-too familiar images:

The final three tracks are more akin to journal entries. “Personal” has melancholic guitar chords and features Evan Crommett and Ricky Motion. Overall, the track’s theme is an exploration into the vulnerability of the male psyche. On “Family”, Marlon spits genuine ‘thank you’ verses for everyone in his immediate family. It has a jazzy, bouncy beat to go along with his words. The final track is “Still Speakin’ (Black Milk Outro)”, which bookends the album with how it began, like an image reflected off a mirror. With this album, there shouldn’t be any lingering doubts about Marlon Craft as a hip-hop artist. In his own words, he’s a “city boy raised by a lion” and it shows. Though some of the production’s jazz portions overshadowed the lyrics in some parts, Marlon still has relatable content, doesn’t go over-the-top, and is lyrically sharp regardless of the topic, be it braggadocio, social commentary, or introspection.