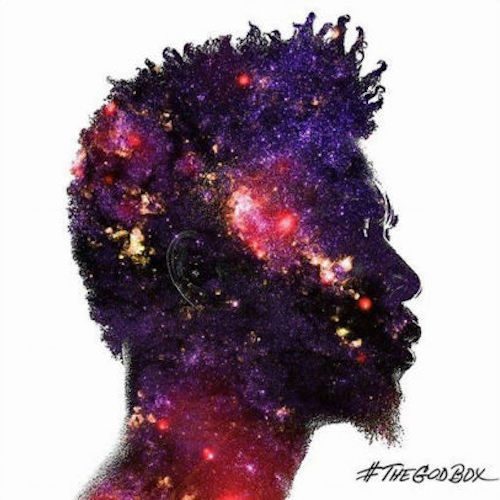 “I can admit there are some problems in hip-hop but it is only a reflection of what’s taking place in our society. Hip-Hop is sick because America is sick.” – Lavell William Crump b/k/a David Banner

It’s easy to toss around the word “underrated” or “overlooked” until they lose relevance entirely, but I’d still like to think David Banner is both. Even though he consistently scores far above average in rap reviews and has done so for two decades, you don’t usually hear Banner discussed in the same breath as critically acclaimed emcees like Chuck D, Jay-Z, Ras Kass and Black Thought. Coincidentally enough though the latter guest stars on “#TheGodBox“, an album I read almost entirely as a response to the people who refuse to rate him in that class. Throughout the 50 minutes and change of this album, the Mississippi born emcee is raising the stakes and your consciousness at the same time with songs like “Amy” featuring Trinidad James. I did a double take that I wrote “conscious raising” and “Trinidad James” in the same sentence, but Banner combined his guest star with his point about how people use “the N word” effortlessly like only he can.

“They killed natives, raped men
Then went to church hollering AMEN!
And gave us liquor, gave us coke
But blame ni**az, for sellin dope
Ollie North, up in the whole hood
Snow white but it ain’t soap
So who’s to blame for this shady word?
Say it how you want it, it’s the same word
No matter what wings, it the same bird
From pyramids to dope serve”

This might come as a surprise to some of you who had typecast Banner as the rapper who did “Get Like Me” with Chris Brown and Yung Joc. As Banner said in the opening quote though, hip-hop is most often a reflection of that which it comes from, which means that it reflects both the capitalist society we live in AND the enlightened democracy that we strive to be. Banner may be uniquely positioned as a Mississippi emcee to reflect that divide. His state is only 32nd by size and 34th by population, leaving him squarely in the middle between “country” and “urbane”, but it also borders the Gulf Coast and mixes a wide diaspora of religions, ethnicities, political views and economic classes as a result. Being from Mississippi may define you as “Southern” but it still leaves you to be anything else you want to be.

Throughout his long tenured career, Banner has reflected both the rural side and the city side, the poor and the rich, while always keeping a firm hold on his Southern roots and a keen eye on the ugly racial politics that often accompany it. Songs like “Black Fist” featuring Tito Lopez illustrate that in a way that must seem just as jarring to a white nationalists as their presence is to a country that thinks they should be relics of an era where white hoods and burning crosses were the order of the day.

“These crackers got drones, they are flying their saucers
Keep your white Jesus, don’t pray to your crosses
They are burnin our churches, K.R.I.T. pass me the uzi
I know how to work it; I know how to squirt it
No Martin, no Luther, no King, no marchin
No choirs, don’t sing
The same Christian lovers that raped our grandmothers
and hung our grandfathers from trees – they are enemies!”

If being forced to look at the emperor with no clothes on makes you turn your head, “#TheGodBox” may not be for you. The eight years of Barack Obama’s time as President may have mistakenly caused some people to naively believe “racism doesn’t exist” but in the Trump era it’s as alive and well as ever, and this album puts a stamp on it and makes you acknowledge mightily uncomfortable truths. “Burning Thumbs” featuring Big Rube and Raheem DeVaughn make you feel the pain even as Banner croons “I never pledged allegiance to yo’ damn flag”.

Even though Banner bemoans the fact that “rap albums don’t sell” any more in the lyrics, “#TheGodBox” is one that will stand the test of time if you do. There are purposefully not any singles from this album. It is meant to be consumed in its entirety from start to finish, and is relentlessly unapologetic about that or the fact it’s a slap in the face to an industry more interested in making hits than making statements. Whether or not his message gets delivered, Mr. Crump can rest assured that for at least one reviewer, it was heard loud and clear. David Banner, you are appreciated.