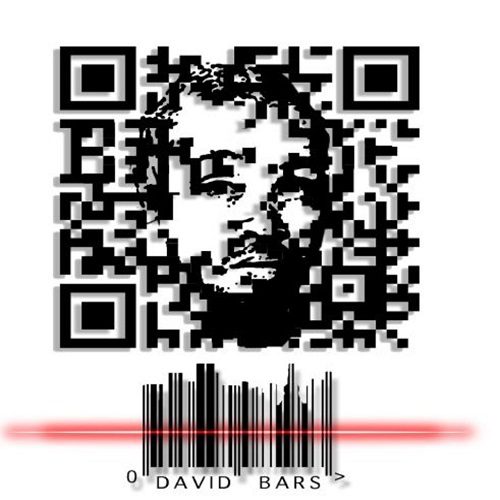 There was a time when rap tracks came with explicit timestamps, that is to say rappers would indicate the current – or imminent – year they were recording or releasing the respective project in. “That’s how we doin’ it in the nine-trey” or “Nine-five plus fo’ pennies” (add that shit up) would provide these pieces of music with an undeniable prevalence and serve as an indicator that hip-hop music was steadily moving on. A ’90s manifestation of the “Hip-Hop – and you don’t stop” mantra, if you will. Occasionally the timing would be off (due to circumstances beyond the artist’s control), but generally these calendrical wake-up calls confirmed that what you heard was fresh.

The practice was abandoned probably for good reason, but in some cases a rough manufacture date stated by the rapper would be a minimum of information to help you contextualize the music you’re hearing. Take David Bars, a Bronx MC associated with the Diggin’ In The Crates crew. Across “The Bar Code”, he attempts to tell his story, but rarely gets beyond commonplaces. He comes up with analogies to compare himself to Michael Jordan in three different tracks, and while that’s certainly a legit reference given the athlete’s lasting legacy, combined with the cast of producers you couldn’t be faulted for thinking, at least for a moment, that you’re listening to something from sometime in the past. Ironically, it’s Don Cartagena who’s responsible for a contemporary b-ball reference when he cancels the Knicks until they get Zion Williamson (only to follow up with a throwback reference with “Pick and roll, Khaled Malone and I’m Stockton”). On David Bars’ part, the clearest evidence that he’s semi-recent rather than semi-ancient is that he calls hustling trapping. And maybe the quip “All these rappers rappin’ like they from Atlanta / They ain’t from Atlanta, they just dickride / I don’t really pay attention, but I see these niggas, how they switchin’ sides”. Otherwise the EP simply positions him as a retired trapper slash active rapper who’s achieved some success but sees himself capable of achieving more. It’s a realistic assessment, yet pretty much the only one Bars makes on “The Bar Code”.

Bronx historians will also notice that Lord Tariq released his own “The Barcode” 15 years ago, a coincidence given some relevance by the fact that “The Bar Code” features Cory Gunz, son of former Lord Tariq partner Peter Gunz. Potential listeners will be more interested in DJ Premier’s contributions, though. Oper “Just Like That” feels like a stroll under sunny skies (accompagnied by an appropriate vocal scratch off a later L.L. Cool J record) and remains in the stereotypical – atypical for the producer – soulful lane. The second serving of “Bars and Preem” is “Beat the Odds”, reminiscent of his later, less intutive work, while the rapper sees himself in a distinct tradition of “classic shit, I’m talkin’ ’bout plaques and hits”, donning “army jacket, 40 Below Timbs” right after an “Illmatic” reference. Which is completely in character for an artist who already declared at a young age, “I’m old school but I’m new school at the same time”.

As for the other beatmakers, Buckwild summons an anthemic beat from the Terror Squad era for “A Star Is Born” (where Fat Joe claiming “Told y’all niggas get rich or die tryin'” just sounds bizarre after feuding with 50 Cent for years). Da Beatminerz loop pianos and cut up Prodigy on “Dat Old Real Shit”, Lord Finesse provides “Next Season” with a timeless stripped-down thriller score, and while BreakBeat Lou doesn’t break out actual breaks for “‘O'”, it’s in fact Showbiz who’s responsible for the most modern soundscape via “Want More” (helped by singer Fvrthr), which would suggest that for a more up-to-date David Bars you should refer to their early 2019 full-length collaboration “Bars & Beats”. Still, having worked with legendary producers is always a good look on your resume.