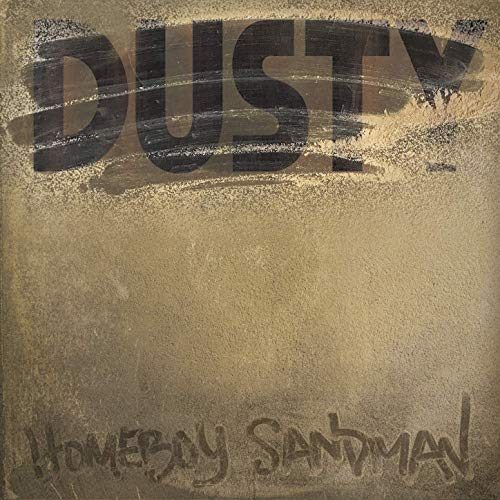 Much of the album’s production feels effortless and low-key. There are a lot of live instrument samples, and all the drums sound like they are samples of live instruments. This gives the album and organic feel which is a nice contrast to the more electronic- heavy production that makes up the bulk of hip-hop beats today. “Dusty” has a jazzy, soulful feel that makes it feel like a companion piece to Madlib and Freddie Gibbs’ “Bandana.”

Homeboy Sandman sounds loose and free on this album. He delivers complex wordplay in his rapid-fire cadence without seeming to break a sweat. He’s not necessarily rapping about Big Important Things, but his rhymes are consistently engaging and clever. His general good-naturedness is tempered with an edge this time around. He fires a few shots at his old label on “Yes Iyah” (“Stones Throw done gone off the deep end/Enemies like that who needs friends”), and his sweet, soulful ode to his partner is interspersed with some x-rated information. Homeboy bragging that his sweetheart is the greatest at “making playlists and taking it in the anus” is one of the more jarring moments of the album. He follows that up with the straight-up raunch of “Pussy,” which is not about a cat.

“Dusty” has the feel of two friends (plus a guest appearance by Quelle Chris and Your Old Droog) shooting the shit and making music together. What elevates the album, at least for me, is Homeboy and Mono En Stereo’s mastery of their craft and how unapologetically old school it is. It is a nice bit of counter-programming to the cross- genre sound of much of contemporary hip-hop. “Dusty” goes down as smooth as an ice cold beer on a warm day, and should not be missed.