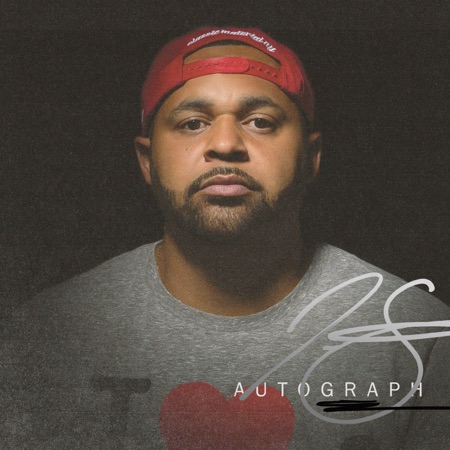 When Joell Ortiz burst on the scene in 2006, his lyrical style always felt natural. He was the poster child for the everyman, or in more literal terms, out of the Slaughterhouse guys, he was the most normal one. That could be considered criticism but it’s actually Ortiz’s strength, as he is not just relatable, but his personality shines through where many rhyme-animals falter. He’s undecidedly human (as referenced literally on his 2015 album) and very likable, and since finding a new home on Mello Music Group in 2018, his music has noticeably improved. “Mona Lisa” is probably his best work, which before that, you’d have to go all the way back to his debut “The Brick“. His solo career has experienced a renaissance, and after the enjoyable “Monday” (2019) and EP with Crooked I “H.A.R.D.” (2020), Ortiz signs off 2021 with “Autograph”.

I’ve seen some lukewarm reception to this project and I can see why. The format isn’t much different to “Monday”: a selection of Heatmakerz beats, some interesting concept tracks, and throw in a couple of Apollo Brown songs (that inevitably end up being the best). It works, but it does make “Autograph” fairly predictable.

Let’s talk about those Apollo tracks because they stick out like a sore thumb. “One Day” feels like it’s from a different album – it’s like when you’d hear a Dr. Dre beat and you’d recognize why his stuff is so superior to other producers. This is a reunion with Apollo Brown and it operates on a different frequency – if he’s not on your all-time producer list then you need to clean your ears out. The song itself is a coming-of-age tale of catching a break from DJs and producers. Ortiz is a fine narrator when it comes to relatable storytelling and this is a good example, but when you’ve got Apollo on the beat it really elevates everything. The same can be said of “Therapeutic” although the beat might be TOO good as it overshadows the rhymes.

“OG” is a strong addition, utilizing that affable charm and self-deprecative humor to great effect, as Joell admits he’s getting on a bit. Not many artists can start a song admitting they can’t have sex on the edge of the bed anymore. This is just as much Old Guy as it is Original Gangster.

Some of the Heatmakerz beats feel more like mixtape material – serviceable enough but don’t tend to leave a lasting impression. The disappointing aspect of “Autograph” overall, however, is the lack of hooks. It’s a strange thing to notice on a rap album but it gives the songs structure – the first three songs are just bars and then subsequent songs it’s just Ortiz saying the song title (“Sincerely Yours”, “Masked Up”) – it could have done with either vocalists or DJs cutting up some phrases to fill out the gaps. I know this is a common approach to Apollo Brown tracks as the beat just plays (which happens on “One Day” and “Therapeutic”), but when the production isn’t quite up to that level, it’s more noticeable. It’s why some songs can start to blend together and fail to register in the memory.

Much like 2019’s “Monday”, the best tracks are the ones where Joell Ortiz combines his storytelling abilities with classy, soulful production. The straightforward bar-spitting tracks over mixtape-like instrumentals are beginning to sound outdated, but obviously, that’s part of what got Joell here in the first place. As an artist, you can see the growth and the flirtations with greatness, but “Autograph” is ultimately held back by too many comfortable moments.