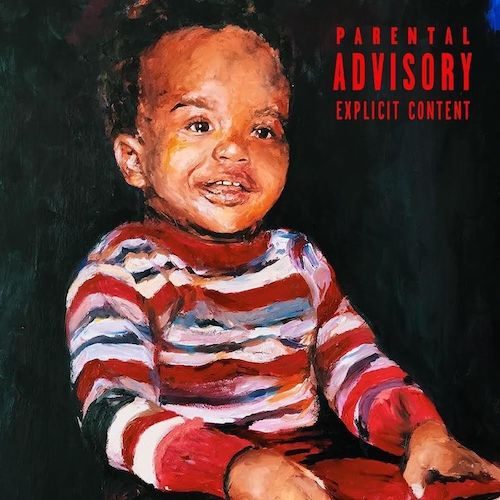 For the past several years, Griselda Records has been driven to make its own place in hip-hop. Though far removed from New York City, the Buffalo-based label has been the torch bearer for the kind of street-level rhymes and beats that are emblematic of the Big Apple of the ’90s. Griselda’s starting line-up (Westside Gunn, Conway the Machine, and Benny the Butcher) have been relentlessly dropping albums and mixtapes for at least five years now. In fact, the following they’ve built up is so strong that physical copies of their material are rare and nearly out-of-print. While Griselda specializes in ’90s-influenced drug-dealing stories and crime tales, Benny the Butcher does it the best. They’re frequent topics for him, but he knows how to keep his raps interesting to prevent them from ever falling into the realm of redundancy. Benny has an eye for detail and is versatile with both his flow and his rhyme schemes. His 2018 album, “Tana Talk 3“, is a reference to Montana Avenue in Buffalo, NY and the cover is a baby painting of his deceased older brother, Machine Gun Black.

The production on the album is consistent, produced entirely by Griselda’s in-house producer Daringer and seminal beatsmith, the Alchemist. Though Alchemist has been producing for a longer time, his influence on Daringer’s style is evident seeing as how the latter sometimes forges drumless beats and loops very obscure samples. Nonetheless, they both provide fitting gritty backdrops to match the Butcher’s lyrical grime. Benny wastes no time in getting started. The opener, “Intro: Babs”, has a horn sample and thumping drums to let Benny come hard on the track. “Goodnight” makes use of moody piano keys while “Scarface vs. Sosa, Pt. 2” has samples of woodwind instruments to make the atmosphere more foreboding. In hindsight, the title connects to the album cover of “The Plugs I Met”, Benny’s 2019 EP. The gloomy production continues on “Rubber Bands & Weight” with Alchemist providing a murky sound to Benny’s criminal deeds. “Fast Eddie” isn’t necessarily upbeat, but it’s not dark either. Thus far, every track is a head-nodder thanks to the producer and Benny’s lines.

“Broken Bottles” is a pivotal point on the album for this listener. The Alchemist-laced beat notwithstanding, it’s when I began to see that Benny isn’t necessarily glorifying the violence and crime he describes so vividly, but he’s not preaching about the end those lifestyles lead to either. “Echo Long” is the first track to have features. Griselda label-head Westside Gunn provides the hook and Meyhem Lauren describes the fruits of the drug game. The Flygod’s hook describes spending time in prison and its imagery is reminiscent of the infamous prison scene from “Goodfellas” (1990). Both Daringer and Alchemist combined heads on the track “’97 Hov”. The album’s first single, it’s piano-driven in the first half (courtesy of Daringer) and then shifts to an atmospheric echoing beat (thanks to Alchemist) in which Benny compares himself to rapper and fellow New Yorker Jay-Z circa the late ’90s in both parts:

Daringer provides a very old school beat for “Who Are You”. It’s drumless (except for a hi-hat), has a ’70s funk sample, along with the vinyl crackling all the way through. Detroit emcee Royce da 5’9″ helms the first verse of the track and is the sole guest who isn’t part of Griselda. The bass that Alchemist employs on “Fifty One” is insanely infectious and gives this listener that mean-mug expression while head-nodding to the beat. The last three tracks are all done by Daringer. “Rick” has some foreboding strings and the title (and its accompanying single cover) is a nod to famed musician, the late Rick James. “Langfield” has a menace to it which increases in proportion to the crescendo. Conway the Machine makes his appearance known on the closer, “All 70”, in which the beat is mostly a looped sample of a guitar solo. Melancholic strings comprise the backdrop for “Joe Pesci 38”. There’s a certain introspection that guides Benny’s lyrics on this song, as he touches on topics ranging from drug trafficking to police racism in the murder of Eric Garner:

Of the three emcees comprising Griselda’s line-up, Benny is the star player. He’s partial to comprising his crime stories and drug narratives with multi-syllabic rhymes, wordplay, and some punchlines incorporating sports or professional wrestling references. What’s also notable about Benny is that he’s reputed to never having done a bad verse, whether on his own material or as a guest on others. This album was my first exposure to the Butcher’s visceral rhyme style and compelled me to check out his other material available. That said, “Tana Talk 3” is a solid listen.