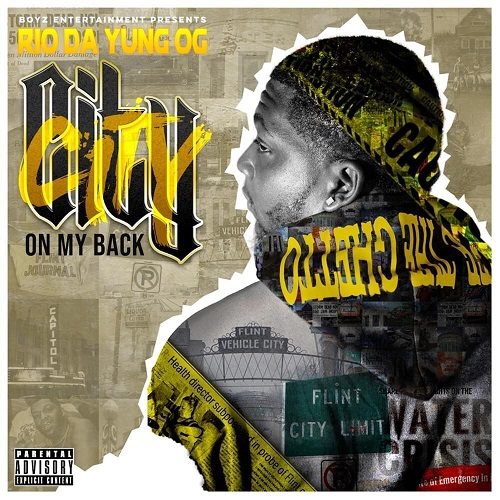 Being a great “lyricist” in modern rap doesn’t necessarily mean you have to be socially conscious or thoroughly introspective – regardless of what overbearing traditionalists believe. If everyone rapped like Joey Bada$$, the genre would be painfully unimaginative.

Hip Hop is more exciting than it’s ever been because of artists like Lil Uzi, Lil Wayne and Young Thug – rappers who are unapologetic in their provocative metaphors (remember the time Thug said, “If the cops pull up, I put the crack in my crack?”). To me, a great wordsmith is someone who can stretch terrestrial boundaries without being offensive. Be as vulgar as possible without making people cringe. Work within your pocket while sounding original. This in my opinion is the formula for success.

Someone who embodies these attributes is Flint underground legend Rio Da Yung OG. The deadpan deity consistently crafts coldblooded punchlines within his verses for a ceaseless head-spinning experience. He’s like a car engine that can go 100 on the freeway without the presence of a brake pedal. The insults keep coming while the storytelling becomes more and more vivid by each bar.

Rio went on an unstoppable tear after being put on house arrest for drug charges in 2019, releasing seven projects in a 12-month span (those two “Dum and Dumber” mixtapes with RMC Mike included).

This unprecedented work ethic has ceremoniously bled into 2020, with Rio’s newest endeavor, “City on My Back.” The 15-song project is a continuation of the descriptive metaphors that made him a cult favorite in the first place. He doesn’t attempt a change in direction stylistically, but he does find different ways to shoot your top off.

“Thirty thousand dollars for the Rollie with the princess cuts
Hit a n***a in his thigh and fuck his ceiling up
Put a n***a head in the oven, burn his biscuit up
Make a hundred bands in a week and put a fifty up”

Unlike some of his Michigan contemporaries, Rio doesn’t have a signature dance move (although he does attempt at least some semblance of a TikTok dance on “Dance Moves”) or an exclusive hairstyle. He doesn’t pack acrobatic flows, but he does pack a Glock. He probably won’t craft a worthwhile hook, but he will tell you how long it takes him to cook a whole brick (a day, in case you’re wondering). In Rio’s world, the extra shit doesn’t matter – only the coldhearted, and wildly entertaining, lyrics.

If one were to go into “City on My Back” expecting variety and versatility, you’d most definitely come out disappointed. Rio dips his toes in funk-inspired basslines, schizophrenic keys and riveting drum patterns. The production unapologetically bridges the gap between West Coast G-funk and Detroit street rap. The songs’ arrangements are very similar, but also paint the perfect landscape for Rio to monotonously talk his shit.

The 810 native is at his best when spitting priceless one-liners – “My Glock a strip club, it’s a pole and it’s heat” – or longwinded narratives that are as preposterous as they are mindboggling.

“Charge a n***a sixty-five, sell him an eighth of dirt
He thought he bought some real drank, that was maple syrup
Mixed it with a deuce of Tylenol and Karo syrup
These K bullets burn a head, boy, this ain’t no perm”

Stories such as these shouldn’t exist in reality, but Rio somehow inserts them into his rhymes as representations of a fast-paced lifestyle. His rapping is technically proficient, and his pen game is astonishingly pitiless.

If I were you, I wouldn’t call the marks on his face pimples. He explains what would happen in that scenario on “Listen to Me” (“Bitch, that’s a scar on my right cheek, them ain’t no pimples/You ask me ’bout that shit again, I’m uppin’ four-nickel”). I also wouldn’t buy drugs from him if you say shit like that. He may sell you Benadryl instead of lean if so.

When it’s all said and done, Rio may not be the most prolific rapper on the planet, but I definitely would consider him to be a great lyricist. He’s found a cannibalistic niche that is simultaneously invigorating and slightly depraved. ”City on My Back” is absurdly nihilistic in its own way, and all the more enjoyable. It’s one of my favorite “lyrical” albums in 2020.