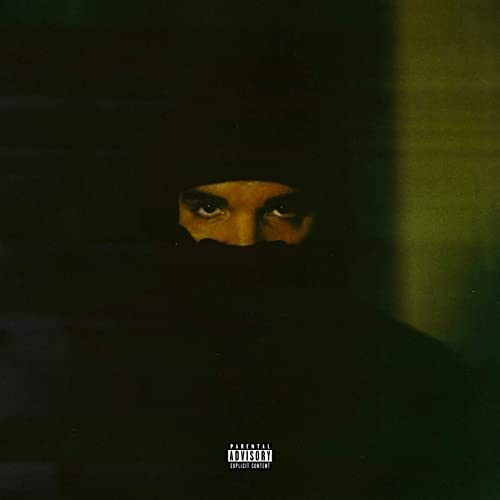 It’s increasingly hard to know what to call an official “Drake album” when it comes to his discography. Mr. Graham doesn’t make the issue any less confusing. He called “More Life” a “playlist between albums.” Okay. Why isn’t it more of an album than “Care Package” though? The latter was just older Drake songs that had never been physically released, while the former was new/original material presented in a “mixtape” format. Between you and me dear reader, a full CD or digital download of new songs is more an “album” than a compilation of older shit, but I’d rather call BOTH of them an album. You can buy them and order them chronologically on your shelf on in your playlist, so I think the difference is minimal at best.

“Dark Lane Demo Tapes” is about to muddy these waters once again. Mr. Graham has positioned this release as a “preview” of a new album he plans to release later this year, but the OZ produced “Tootsie Slide” doesn’t have a “preview” feel at all. It’s the kind of slick singing, catchy hook, meme dance inspiring song we’ve come to expect from Toronto’s self-proclaimed all time greatest. “I could dance like Michael Jackson/I could give you Thug Passion” quips Drake before explaining how to do the titular slide: “It go right foot up, left foot slide/Left foot up, right foot slide/Basically I’m saying either way we ’bout to slide.” He can call it a demo, I call it a hit. The only difference for how future generations will perceive the song is that Drake is cleverly masked up for the pandemic in the accompanying video, wandering through a mansion that feels emptied for the shoot but was just as likely done without extras to minimize the risk.

“Landed” doesn’t feel like a demo either. Cardo and Dez Wright pound the bass while Drake attacks the track with a ferocity more familiar to the early days of his career. “They always said I changed/I’m just now switching” raps Drizzy, redefining his catalogue even as he brags “I’ve been in and our of arenas like Scottie Pippen.” UFC fighter Walt Harris recently walked out to the track for a televised main event and even though he didn’t win the two round affair, he definitely got the award for best entrance.

“Deep Pockets” was reportedly recorded for “Scorpion” and I can’t imagine a reason to have not included it. The Noah Shebib and Plain Pat beat is wicked cool. It’s atmospheric and reverberates around Drake as he flows, punctuated by slowed and distorted “Go Brooklyn” samples a la Daddy-O. It’s mood music. It’s the kind of thing Drake does so much better than so many of his peers. The track feels effortless but that’s only because he and everybody else worked so hard to make it look that easy. “Pain 1993” featuring Playboi Carti is the same way. Pi’erre Bourne hooks them up with a layered synthesizer melody with vocal ad lib interjections, and the lightly tapped percussion is JUST enough to glue it all together.

Come on Drizzy. This isn’t an album? I disagree. “Dark Lane Demo Tapes” may be material from other albums he mysteriously chose not to include on them, it may be new material he decided not to sit on due to the pandemic, but either way it’s a complete package (pun intended). I’ll take the Jay-Z style “Song Cry” feel of “When to Say When” as an album song any day. The MexikoDro and Shebib “From Florida With Love” is the example of why I can handle Drake being Tuned up more than most of his contemporaries. He uses it without abusing it to ridiculous absurdity. Speaking of “just enough but not too much,” Future tag teams with him on “Desires” and I see this as a future single (pun NOT intended).

The aptly named “Time Flies” is also how I felt about “Dark Lane Demo Tapes” as a whole. It’s nearly 50 minutes long, but it literally “flies right by” as Drake performs. If there’s a downside for Mr. Graham at this point it’s that he has accumulated an extensive catalogue of music, making it easy call this an “average” Drake CD. Of course “average” for Drake would be a damn good day for most people, so even though he might suffer by comparison to himself, that doesn’t make “Dark Lane Demo Tapes” any less of an album to purchase. Album. Yeah I said it, and I’m sticking with it. He can debate me on it if he likes, but like they said in Coming to America at the barbershop, “His momma named him Clay, I’ma call him Clay.” It’s an album to me and you can’t tell me different.