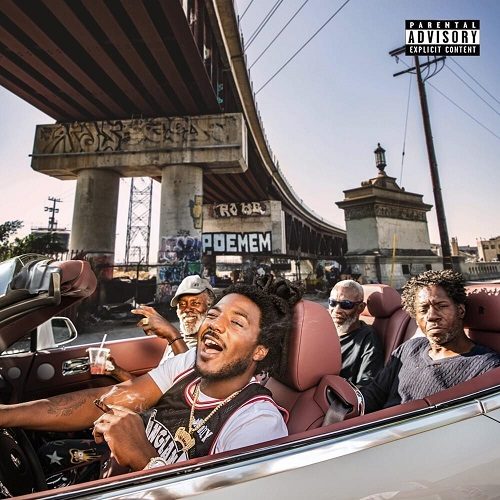 Mozzy’s discernible appeal stems from a matter-of-fact style that’s radiated through the streets of Sacramento for close to a decade now. He’s lasted this long in the game because he’s unafraid to show all facets of his vulnerability, no matter how painstaking they may be. The Oak Park native quietly ushered in a new era of heart-stricken rappers who seemingly can’t escape their tormented pasts and uncertain futures (think Polo G, Juice WRLD, Shootergang Kony, to name a few).

You could trace his universal storytelling all the way back to Tupac’s deeply-rooted critiques of California’s systemic uneasiness. Mozzy doesn’t necessarily re-invent the wheel in his music, but he sure as hell knows how to lay his soul out on the line. If you listen close enough, you could almost hear his voice trail off after each bar, signifying a stark hopelessness that sticks around like bad moisture from a hot and humid day.

His new album “Beyond Bulletproof” is a stark continuation of the battle-tested anecdotes that forcefully continue to dictate his every-day life. He may be financially stable to some degree, but his aunt is unfortunately still addicted to amphetamines; a topic he discusses on numerous songs throughout his most recent project. Every time one problem subsides, another one rises from the ashes.

Much like the majority of Mozzy projects, the beats on “Beyond Bulletproof” flip-flop between choir-tinged poignancy, acoustic-driven detachment, and piano-heavy ruthlessness. The biggest difference lies in the thumping 808s, an aesthetic that inseminates a newly-found summer bounce to Mozzy’s production. There’s songs like “I Ain’t Perfect” and “Can’t Let You Go,” two self-esteem boosters that shy away from the iciness of the majority of his discography. I can picture him listening to these cuts while riding with the same homies featured on the cover.

For the most part though, Mozzy sticks to eloquent recitals without feeling the need to put himself on some godly pedestal. For every song about putting people in body bags (“Pricetag” and “Body Count”), there’s a good amount that humanizes his subjects. “Overcame” for example boasts an inspiring piece of imagery where Mozzy offers a stout explanation for all of his aforementioned hardships. The chorus is almost like a brief summary of the entire album.

“How I’m ‘posed to tell my auntie not to use
When she ain’t got no other means or methods to numb abuse?
I know your pain, baby
But look at all the other shit you overcame, baby
In search of love, only reason why we gangbangin’
Dove in them bloody waters, granny can’t save me”

Aside from the Polo G and Lil Poppa cut, the features on here simply function as sidepieces to Mozzy’s grander vision (whether it be Baltimore standout Shordie Shordie or Eric Bellinger), proving the Oak Park native to be an excellent director of concise imagery as well. Much like in the case of Polo, Mozzy usually blames familiar street narratives and police brutality for widespread disloyalty and distrust within his neighborhood. He acknowledges the results of this mindset on “Boyz to Men,” and uses personal accounts as lessons to be learned on songs like “Betrayed.” You know the old adage, “Keep your friends close, and your enemies closer?” Mozzy eats, sleeps and breathes that motto.

“Section 8’ll have you waitin’ for they public housin’
Sacrificin’ for the killas, they get nothin’ out it
I sat inside that holdin’ cell eatin’ tuna salad
When it get ugly, it’s ugly, what you gon’ do about it?
I love you dearly, you hear me? I’m with you right or wrong”

Mozzy’s greatest strength as a writer is clear intimacy. Every time he spits a verse, I feel like he’s talking to me one-on-one with a cigar in hand and his posse surrounding him. There’s wisdom attached to his words because he’s been through it all. The finale “Big Homie From the Hood” gives off a notion of clarity. “This gangbanging shit ain’t as glamorous as it seems”, he says. For him, it never was. Mozzy still carries demons, but there are indeed shimmers of happiness percolating throughout some of these passages. Thanks to his keen sense of who’s real and who’s fake, Mozzy is indeed Beyond Bulletproof.