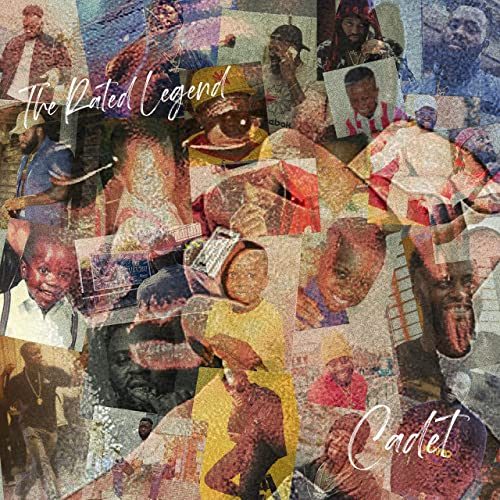 Well this is depressing. I had Cadet’s “The Rated Legend” on a list of new releases that I should check out for review. I started my usual process of doing research into the artist online while simultaneously listening to his/her music in the background. The first thing I noticed as a Yank was Cadet’s English accent, and since new albums from UK rappers don’t necessarily get the buzz here they deserve, I got excited at the prospect of alerting our readers to a potential new international star. All of a sudden my heart skipped a beat when I read the following line: “Born March 2nd, 1990. DIED February 9th, 2019.” Oh shit.

Thanks Cadet, that sums it up nicely. That’s not the way I was expecting this review to go. The artist born Blaine Cameron Johnson in London had his life cut unexpectedly short when his car was hit by a drunk driver. As if that news wasn’t bad enough, the driver who killed him will only serve four years in prison. That hardly seems like justice. He’ll be out in a couple of years (maybe less) but Cadet will still be dead. He also loses his drivers license… for two years. That’s intolerable. It feels like everything about the verdict cheapens the life of a young man in the prime of his life. His killer just as surely took his life as if he pointed a gun at his head and pulled the trigger, yet the offense is not treated as anything close to the same crime.

It’s not a coincidence that Krept appears on this album as Cadet was his younger cousin. It’s obviously been devastating to him and to all of Blaine’s family and friends, so I would like to offer them my heartfelt condolences. Another injustice of the whole situation is that Cadet didn’t even get to see his debut album “The Rated Legend” come out. He had already released a couple of mixtapes and even had a single called “Advice” chart as high as No. 14 on the UK Top 40. The song is a whimsical duet between Cadet and the singer Deno as they talk about potential relationships between females. The bouncy riddim track from Da Beatfreakz is a winner too, and best of all the late rapper recorded a video to promote the song before his passing.

It’s a uniquely British idiom for Cadet to admonish Deno with the words “What’chu taking the piss for?” It’s also one of those things you quickly pick up on if you invest in any part of English culture for more than a minute — sitcoms, rap songs, and so on and so on. I’ve no doubt confused a few of my American friends by casually accusing them of “taking the piss” myself. To be succinct, Cadet was saying Deno was mocking him, but they’re both laughing about it in the song and the accompanying video. It’s a jovially rude statement. It can of course have more negative connotations if it was said in anger, and Cadet is not shy about showing flashes of it on songs like “Gang Gang.” Ironically he apologizes for it too. “Sorry I had to rough you up like that but… you weren’t playing nicely.”

“Let me tell you who I am/I’m gonna talk, you just gotta listen.” Cadet then breaks down his rough youth, being bullied and dealing with depression, but overcoming it all to become a rap star in the end. He’s understandably proud of what he’s achieved, and as a result he’s also angry at anyone who would try to take that away from him. “Pussyhole do your research/the system’s in my favor/Fuck you up right now/and I’m calm it won’t make the news or the paper.” That’s confidence. The minimalist instrumental underneath Cadet has a doubly powerful effect — it makes his accent easier to discern for a newcomer, and it amps up the powerful impact of his hostile vocals. It’s clear Cadet was a man of respect who both gave it and demanded it, and it’s given right back to him by collaborators like Wretch 32 on “Still.”

“The Rated Legend” clocks in at just under 43 minutes, which feels a little shorter than I’d like, but that’s not nearly as shortened as Cadet’s life was thanks to some inebriated idiot behind the wheel of a car. It makes me as angry as Cadet was on “Gang Gang” to think that this young man was on the cusp of great things both locally and abroad before it all came to an abrupt end. He’s so charming too. Even when he’s being boisterous on songs like “Do What I Like” featuring Tion Wayne, there’s an undeniable air of cool to everything he says. “I ain’t trying to hear no blah blah, hear no rah rah, I do what I like/And I ain’t trying to hear no chit chat, man I ain’t wit dat, I do what I like.” It’s that uniquely Caribbean influenced sound that so many English rappers had that adds to the appeal. The vowels are different, the delivery is different, and it makes even rude words seem nicer to hear.

I wish Cadet WAS still here to do what he liked. Unfortunately he’s not but he left behind a memorable album in “The Rated Legend” to secure him cult status for generations. Like Big L he’ll go down in history as a rapper who was right there, ready to take the next step toward superstar status, who had it all ripped away in the blink of an eye. This album assures the world that Cadet won’t be forgotten.