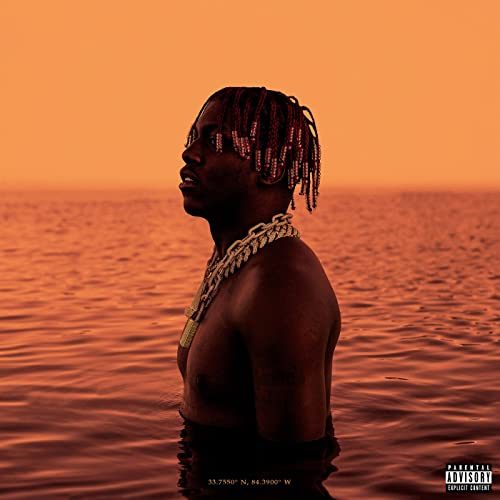 Miles Parks McCollum b/k/a Lil Yachty first arrived on the national scene with the release of “Lil Boat” in 2016. He had built his rep on a Soundcloud song that went viral and parlayed that into everything from doing a fashion show with Kanye West to getting a major label record deal. Whether you’re a fan of his music or not you can respect the hustle, which RR staffer Michael G. certainly did. “While he may lack the particulars, there is a rhyme and reason to his craft.” That’s absolutely true. Yachty is savvy enough to know that sequels are often as big or bigger than their antecedents, so it only made sense for him to follow up with “Lil Boat 2” two years later.

At first glance I was a bit perplexed that “Lil Boat 2” didn’t have any official singles. He appears to have skipped over it entirely and gone to “Who Want the Smoke?” featuring Cardi B and Offset from his third album. Then I heard “Count Me In” and it started to occur to me there might be a reason.

“Dumb bitch don’t you ever dare pop up at my spot (no)
Talking ’bout you mad, that’s some shots at yo dad
I ain’t here to conversate if it ain’t ’bout a dollar (cha ching)
Number 9 on my jeans, my watch cost an Impala (gang)”

The banal bragging would be bad in and of itself, but the lack of charisma for a rapper Michael described as “joyful” is inexcusable. There’s no joy in this song whatsoever. It feels so mechanical you’d have a hard time convincing me Yachty wasn’t a wind-up robot, going through the motions until the motor ran out of energy. Any song featuring Yachty solo has the same problem. “FWM” has a nice bass bottom thanks to Earl the Pearl, but it would be better without Yachty talking. “Fuck with me fuck with me fuck with me yeah/Your bitch just wanna fuck with me yeah.” Okay, sure.

Earl also co-produced “Count Me In” featuring PnB Rock, and if AutoTune ever made a song an album’s highlight, this would definitely be the one. Sometimes I think it’s better when you can’t really follow what Yachty is saying and just bop your head along to the melody.

The best songs on “Lil Boat 2” are the ones that feature guest stars with more charisma and better delivery — YoungBoy Never Broke Again on “NBAYOUNGBOAT,” Lil Pump and Offset on “Baby Daddy,” Tee Grizzley on “Get Money Bros.” and so on. The sad thing is that some of these tracks like “66” featuring Trippie Redd are obvious candidates for radio play. It has exactly the kind of catchy sing-along style that made Yachty go mainstream.

I’d like to tell you that “Lil Boat 2” is a worthy follow up to “Lil Boat” — so I will. His debut wasn’t an especially strong lyrical performance, so for me to expect more on his second album was my mistake, not yours. If you already know what you like about Lil Yachty then “Lil Boat 2” is more of the same. It’s not an album to make converts or create fans, and in that context the lack of a single or accompanying music video makes perfect sense. It was the album made by the music industry machine — you had success, now repeat that. There are entertaining moments thanks to the production and the guest stars but this is not a “joyful” album. It’s an entirely rote album.