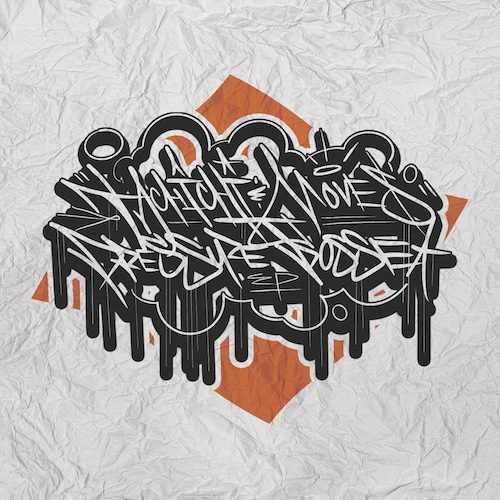 Previously on RapReviews.com, both Tachichi and Moves got write ups for their work as an emcee and producer separately. The former appeared on the latter’s “Hiss 3” so it was perhaps only natural that the two would eventually collaborate again and “Pressure Posse” was the result. I had never considered that any rapper or beat maestro would base a song on Dolly Parton’s chart-topping country hit “Jolene,” but I can’t pretend that I didn’t nod my head to the beat on “Cause and Effect.” He even found a way to work the name into the hook, encouraging listeners to “get’cho lean on.” Is it a stretch? Maybe — but it made me smile just a little bit.

The tandem take turns both playing with the familiar and orchestrating the obscure. The methodical pace and unconventional instrumentation of “Run 2020” suggests a horror movie, but it’s neither a Jordan Peele thriller nor a HBO mini-series. I’m not sure what the song wants to be and even the artists themselves seem to be at a loss, as the track doesn’t properly begin until 38 seconds of instrumental and banter preface the first verse.

The odd changes in tone from song to song could be labeled “eclectic” by those more generous, but to my ear it’s more like two obviously talented people presumed that there was no need for a theme or a plan — they’d just go in the studio, lay down some beats and make it happen. In some cases they can get away with that simply by looping something familiar. As Tachichi says on “Summer Slam,” the song is “that kind of shit you bump in the summer while barbecuing” and there’s no doubt I feel that way about the R&B song they built it on too.

It surprises me to learn that this is actually the third project the two have done together, but not so much that “Pressure Posse” is the first joint album after an 11 year hiatus. There’s enough here to be enjoyed, such as the heavy and massive posse track “The Exchange” featuring Ghettosocks among others, but by the time I hear Tachichi vow “whole squad up in here” on “Tone Fresh” I’m starting to have doubts about Ta and Moves carrying the weight. When 37.5% of the tracks on this half hour album feature people other than Tachichi, I’m unintentionally reminded of “Hiss 3” because I enjoyed hearing Moves work with a wide variety of artists other than his partner-in-rhyme here. My opinion on Ta hasn’t changed a lot. He’s competent to the point of being tolerable, but not special to the point of being memorable, which means they can go 11 more years before doing another joint together and I won’t be too bothered.