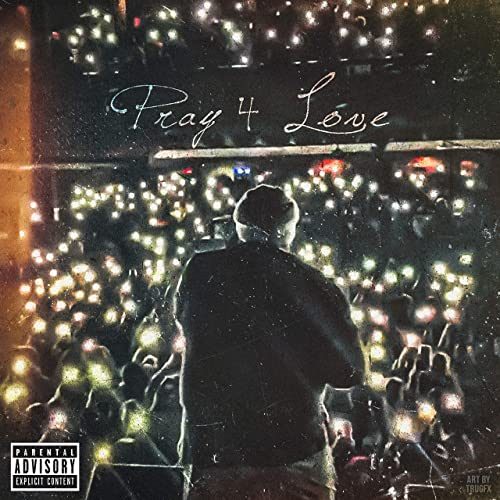 20 year old Rodarius Marcell Green a/k/a Rod Wave rode a perfect wave of social media buzz into star status. “Heart on Ice” caught the attention of the media after first blowing up as a sound clip for users on TikTok. As they lip synced and performed their own interpretations of his plaintive cries about it being “my fault, it’s my fault, I wear my heart on my sleeve” the YouTube clip accompanying the song shot to over 70 million views. It has even been called the heartbreak anthem of the global pandemic.

The strange thing is that Rod Wave was on the ascent even before TikTok took him to another level. Wave was releasing mixtapes back in 2017 and the strength of his buzz took the unsigned young man to a label deal with Alamo Records (distributed by Interscope, a subsidiary of Universal). The first album of that deal “Ghetto Gospel” dropped last year with “Heart on Ice” as a featured single. The song may be going viral along with the rest of the world right now, but Rod Wave has already moved on to his second album entitled “Pray 4 Love” and new singles like “Dark Clouds.”

The St. Petersburg, Florida artist has an earnest, charming sincerity that belies his literally larger than life stature. Wave looks like a linebacker but croons like a country Romeo, and there’s no doubt that Mook on the Beat and Trillo Beatz gave him the right gentle melody to accentuate that feel. “I’ve been feeling pain for so long, I done became numb” wails Wave, begging “please, please, if you come around, give me something to make me smile.” I picture lines of women waiting to come up and hug him like a teddy bear trying to cheer him up. Enjoy it dude.

It’s funny that even when Wave has rudely titled songs like “Fuck the World” he still winds up coming across as somewhat radio friendly. It would be too difficult to blur out the profanities, and the title couldn’t even be mentioned on the air, but that TNTXD and Tahj Money track is still hella mellow and smooth and suits his switch-ups between singing and rapping nicely. “You can take me to the moon and drop me off” vows Wave, looking for an escape from all the worldly problems of the day.

“They didn’t believe me” notes Wave on “The Greatest,” mocking the people who doubted the rising artist by saying “all these niggaz hustling backwards.” Even when he’s defiant it’s still pleasant. “I ain’t with that minimum wage, I ain’t with the modern day slavery/Fuck is you saying? Told the crackers ‘Fuck you, pay me.'” Can you really argue with him — and if you can would you care to explain WHY to me? Every job deserves respect, especially at a time when tens of millions of people are unemployed, but for that same reason even entry level jobs should pay a living wage, not so little you need to hold down TWO jobs just to pay food and rent.

If the album and its songs feel like the times we’re living through in early 2020 it’s not a coincidence — Wave recorded the entire album in a month during the global health crisis. That could be risky if the songs wind up being dated when the pandemic is over, but I think Wave’s frank lyrics and smooth singing will still strike a chord even when social distancing ends. Songs like the Ace Lex (imitating the style of Kanye West) produced “Girl of My Dreams” make him the new improved version of the late Juice WRLD. He’s got the same charm and catchy feel with better written lyrics and more compelling storytelling.

Unintentionally Jarad Higgins’ death may have opened up a lane for Rod Wave with “Pray 4 Love” for that very reason, but as I already noted, he was on the rise even before circumstances put him in this position. There aren’t too many people in the rap game I’d rather listen to sing than rap, but I think Mr. Green has managed to be that dude that I’d actually play in my car and croon along too — if any of us had anywhere to even go right now. When we do he’ll definitely be in rotation on my playlist.