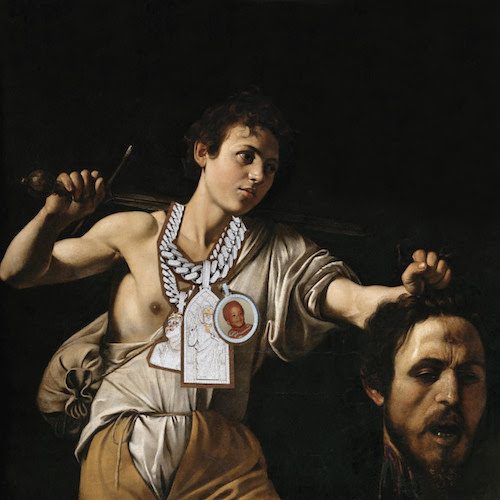 It’s gotten to a point for fans where an album from Griselda Records is anticipated like the 1st and 15th of each month. Their musical output is just as frequent as it is difficult to come by physically. But that frequency is part and parcel how they keep themselves in the public’s consciousness, which seems to be the plan of the label’s founder and CEO, Westside Gunn. The Buffalo mastermind’s latest project was inspired by his trip to Europe several months back, specifically the city of Paris, its fashion show, and the culture. “Pray for Paris” takes what Westside Gunn loves (gritty crime narratives, wrestling, drug talk, and fashion) and adds in a new element: High art. Even the album’s cover is a re-worked Renaissance-era painting. Though “Pray for Paris” is lyrically comprised of the usual conventional attributes of a Griselda album, the Flygod has varied the production, but that’s not out-of-the ordinary for his material.

Starting with “400 Million Plus Tax”, it’s a sample of an actual auction and meant to be a display of Gunn’s vanity and opulence. The DJ Muggs produced “No Vacancy” is where the music starts. Piano key samples are abounding while Gunn raps non-sequitur boasts about drug dealing, murder & mayhem, and how crime pays. Several of the tracks are driven primarily by piano samples and the next one has that and the Griselda starting line-up: “George Bondo” features Conway the Machine and Benny the Butcher. Over production provided by Daringer and Beat Butcha, the three spit their crime-related rhymes with Benny having the most interesting use of metaphors and references. Camouflage Monk’s “327” features Joey Bada$$, Billie Essco, and Tyler, the Creator. The production breaks away from piano usage on this one. It’s comprised of some lo-fi drum snares, but lush production all around it.

“Eurostep” by Conductor Williams is the shortest track on the album, closing in at just under two minutes. There’s a two-step rhythm to the snare pattern, a middle eastern sample, and Flygod’s flow to this beat is pretty nice. Camouflage Monk makes his second appearance behind the boards on “French Toast”. Though again piano-driven, it’s sonically juxtaposed with a thrashing drum break sample. DMV-based emcee Wale makes an appearance and raps many pro-wrestling and sports references that would give the Griselda team a run for their money. Joyce Wrice is on the hook which gives the song elements that provide appeal to both hardcore and radio-friendly groups:

The Daringer-helmed “Allah Sent Me” also re-enlists Conway and Benny and is the album’s most menacing track with its dark piano riff and a “Million Dollar Man” Ted DiBiase dialogue sample at the end. The Alchemist makes an appearance on “$500 Ounces”, employing a looped horn and vocal sample for guest rappers Freddie Gibbs and Roc Marciano spit their own brand of coke rhymes over. The last interesting track is the Wrestlemania-inspired “Shawn Vs. Flair”. Produced by DJ Premier, it contains all the hallmarks of his productions: Boom-bap drum grooves, a looped instrumental, DJ cuts and scratched in rap vocal samples.

The production on the remaining tracks is frankly boring and takes away from the musical aspect of the album. There isn’t much to Jay Versace’s beat on “Versace”: It’s just harmonized background vocals and a looped R&B instrumental meant for West to flex over. The Alchemist’s “Claiborne Kick” just has a voice continuously singing “ah-ah-ah” over a drumless atmospheric backdrop. “Le Djoliba” has the same dull production: No drums, just a gospel loop. There’s even a tap-dancing sample in the middle of the song that made me wonder if the track was meant a seance for Gregory Hines. Tyler, the Creator’s “Party Wit Pop Smoke” is merely a rap over a vintage R&B sample. The appeal of “Pray for Paris” is the weight Westside Gunn’s name carries. With that alone, fans in the know will at least check it out. And while I didn’t expect it to be uniquely gritty like Griselda’s other releases, the album cover conveys that they continue to conquer large obstacles in the rap game as David did Goliath.